Saxony-Anhalt: fire brigade calls for improvements after a fire in the Harz Mountains

Schierke (dpa/sa) - The fire brigade and the district administrator of the Harz Mountains have urgently called for better concepts for fighting fires in Saxony-Anhalt. 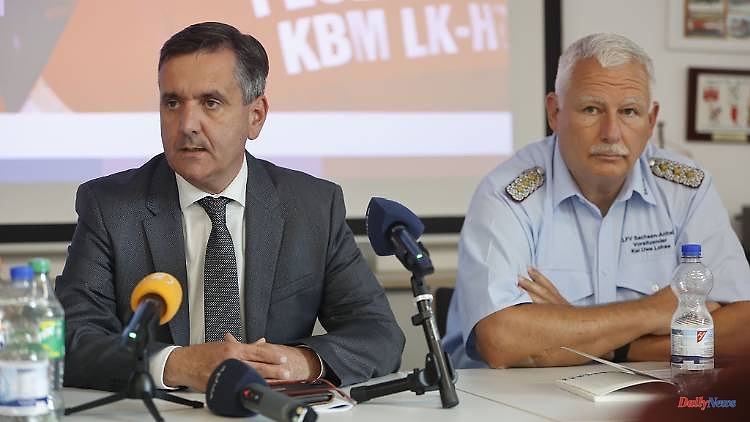 Schierke (dpa/sa) - The fire brigade and the district administrator of the Harz Mountains have urgently called for better concepts for fighting fires in Saxony-Anhalt. The chief of the state fire brigade, Kai-Uwe Lohse, and District Administrator Thomas Balcerowski (CDU) spoke on Monday of omissions that should be rectified as soon as possible. The major fire in the Harz mountains about a week ago again revealed the weaknesses in fighting fires.

The head of the state fire brigade presented several demands on Monday: Aisles and passable paths would have to be created in areas at risk of fire. The early detection of fires with cameras and sensors must also be improved. In addition, the supply of fire-fighting water is sometimes desolate. He cannot understand why so little has been done in recent years, said Lohse. "We stand here on the spot."

Last week, around 160 hectares of forest burned down on the Brocken. The firefighting with more than 1800 emergency services lasted more than a week. A total of eleven fire-fighting helicopters, two fire-fighting aircraft and two drones were involved. According to Lohse, three million liters of water were consumed every day. The costs would have been around 800,000 euros per day.

1 Benefits of Using Coin Counters for Your Business 2 Danced to a patriotic song: Wedding guests in Crimea... 3 Insider disagrees: Putin attacked Ukraine despite... 4 Citizens' income instead of Hartz IV: The traffic... 5 Counterattacks, not a counteroffensive: General Zorn... 6 More money, less pressure: the cabinet decides on... 7 "Rarely so much approval": Wagenknecht convinced... 8 Around 100 victims on both sides: ceasefire between... 9 Von der Leyen travels to Kyiv: EU wants to siphon... 10 Former Soviet republics: exchange of fire at the border... Benefits of Using Coin Counters for Your Business