Saxony-Anhalt: Fire in the Harz mountains still under control

The fire in the Harz is under control. 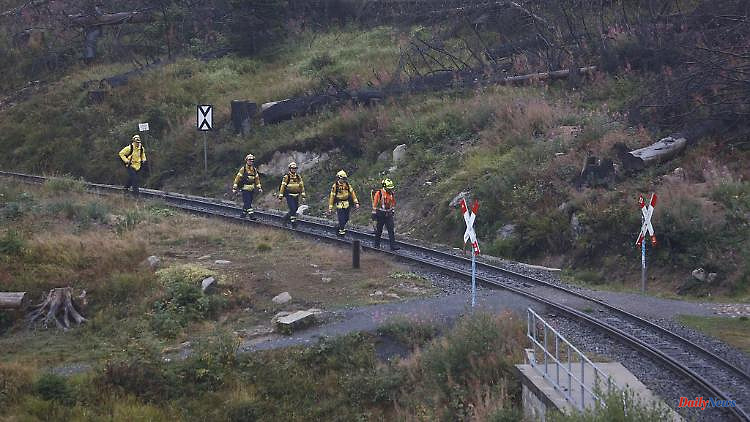 The fire in the Harz is under control. On Thursday, the fire-fighting planes that had been fighting the flames for days left Italy. It remains to be seen when the fire will be completely extinguished.

Wernigerode (dpa/sa) - The situation with the major fire in the Harz Mountains has eased further. The latest investigations revealed two smaller fires in an inaccessible area, which are now being fought, as a spokesman for the Harz district announced on Thursday. There are also several smaller fires. Due to the good extinguishing success, emergency forces and technology would be reduced. There are currently 300 emergency services on site.

According to the information, the Schierke location was released again. However, the Brocken plateau and the access and hiking trails remained closed. The disaster situation is not yet resolved.

The precipitation had provided a significant relief in the fight against the major fire on Thursday. "The fire is under control and is no longer spreading," the district administration said in the morning. However, the onset of fog had led to delays in extinguishing operations from the air.

On Thursday, too, ground forces were again deployed in the fire area, which was sometimes difficult to access, the spokesman continued. A large number of fire-fighting helicopters helped to keep the fires at bay from the air. The technical relief organization began to build a bridge in the area of ​​the national park.

The two Italian firefighting planes that have been helping to fight the fire since Monday were released on Thursday. Interior Minister Tamara Zieschang (CDU) thanked the team of eight pilots for their commitment. The chief of the state fire brigade, Kai-Uwe Lohse, brought the Italian guests a Harz herbal liqueur to say goodbye.

The fire in the Harz Mountains was discovered on Saturday on a hiking trail popular with tourists near the Goethebahnhof vantage point. The cause of the fire is still unclear.

1 Great reputation in the world: Elizabeth II - the... 2 Breaking News: After the death of the Queen - Charles... 3 "Middle-earth is not entirely white": "The... 4 Mecklenburg-Western Pomerania: Initially 13 candidates... 5 New agenda after Elizabeth's death: Charles could... 6 The day of the war at a glance: Ukraine conquers many... 7 Mourning for "beloved mother": This is how... 8 After the Queen's Death: Charles III. is king 9 Qatar approves alcohol compromise: fans aren't... 10 Disillusionment after the league high: Belgians hailed... 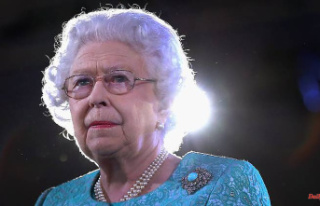 Great reputation in the world: Elizabeth II - the...