Anti-Semitism should be combated consistently and effectively. 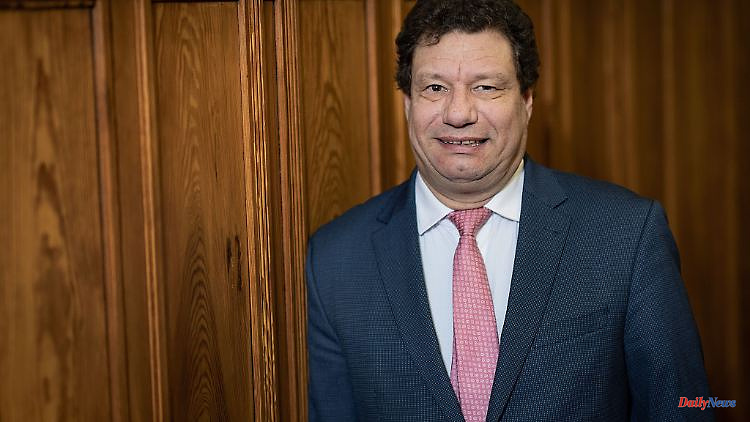 Anti-Semitism should be combated consistently and effectively. There is now an expert in Saxony-Anhalt's judiciary for this. Thomas Kluger is the contact person - not only for lawyers.

Naumburg/Magdeburg (dpa/sa) - The 59-year-old lawyer and judge Thomas Kluger is the new anti-Semitism officer at the Naumburg public prosecutor's office. The Ministry of Justice in Magdeburg announced that he would be available as the central judicial internal contact for questions about Jewish life and anti-Semitic crimes and their classification. Kluger should coordinate and network. He will not conduct investigations himself. In the past few days he had already taken action in connection with the hostage-taking in Burg prison. There, the right-wing extremist and anti-Semitic assassin from Halle temporarily took control of two employees.

Kluger's task is also to create information materials for courts and law enforcement agencies. Information events on Jewish life and anti-Semitism are also planned - for example for schoolchildren, teachers and prospective lawyers.

The new anti-Semitism commissioner Kluger explained: "My focus is on the trusting exchange with the Jewish community and civil society bodies such as the anti-Semitism reporting office RIAS Saxony-Anhalt, the police and other authorities." He also wants to intensify training events for all employees of the Saxony-Anhalt judiciary. The focus should be on the causes, manifestations, effects and possibilities of persecution of anti-Semitism, as well as dealing sensitively with those affected.

Saxony-Anhalt's Justice Minister Franziska Weidinger (CDU) emphasized that anti-Semitism is a threat to society and must be consistently combated by the state. "By creating this important position, we want to intensify law enforcement and further strengthen the confidence of the Jewish community and society in the work of law enforcement agencies in combating anti-Semitic crimes." Thomas Kluger is closely connected to the Jewish community in Saxony-Anhalt.

According to the information, Kluger has been in the service of the judiciary in the state of Saxony-Anhalt since 1993. He initially worked as a public prosecutor, later as a judge - since 1996 at the Magdeburg Regional Court. Since 1994, Kluger has been a board member of the German-Israeli Society in Magdeburg and a member of the Friends of the New Synagogue in Magdeburg. He has published several times on the subject of anti-Semitism and designed and implemented school concepts.

1 Bavaria: Bavarian police warn of illegal firecrackers... 2 Mecklenburg-Western Pomerania: Empor boss indicates... 3 After massive airstrikes: Russian military brags about... 4 Against buying up medical practices: the Medical Association... 5 Fahimi: This is a market economy: DGB boss criticizes... 6 USA at the top for years: No German company among... 7 Not back on the bench: For Nübel, Bayern's return... 8 In the round of 16 against Clemens: The fireman who... 9 Nothing left of lightness: World Champion Wright flies... 10 Josh Rock is World Cup favorite: darts prodigy "trains... 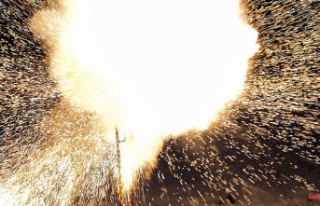