Magdeburg (dpa/sa) - With loud calls and in a large wedge formation, cranes are moving along the sky over Saxony-Anhalt these days. 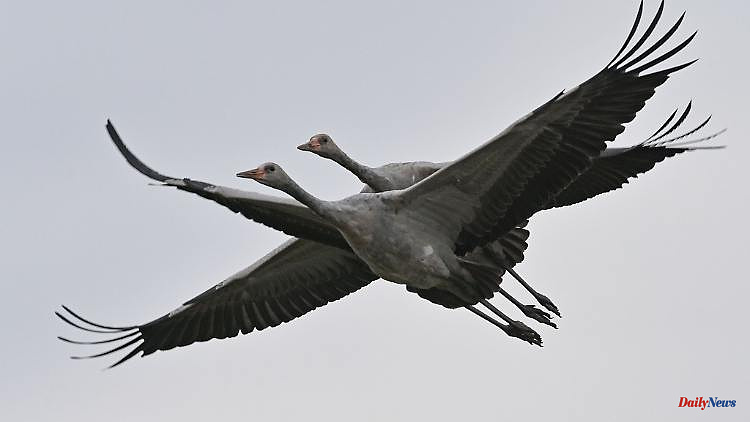 Magdeburg (dpa/sa) - With loud calls and in a large wedge formation, cranes are moving along the sky over Saxony-Anhalt these days. You can already see and hear them, because the birds gather at their resting places in the country in autumn, as the Nabu state association announced on Friday. The cranes living here were later joined by conspecifics from Poland, the Baltic States and Scandinavia. The crane migration, with tens of thousands of cranes flying to their wintering grounds in the Mediterranean region every year, is a "true natural spectacle," explained crane expert Axel Schonert.

An exact total number of migratory birds is difficult to determine because, depending on the weather and food supply, the animals stay longer in the state or fly on quickly. If you add up the maximum numbers of all Anhalt roosts, then "at the top we have about 60,000 cranes as guests at the same time," the ornithologist continued to report. A total of around 150,000 cranes would migrate through Saxony-Anhalt. In mid-October you can see the largest migrations of cranes in the sky.

Germany and also Saxony-Anhalt play a special role in the crane migration. Germany is the most important transit country for the entire European crane population. A resting area is the Helmestausee near Kelbra in the district of Mansfeld-Südharz. An average of 40,000 to 50,000 cranes rest there at the same time every year. "This is a natural treat and a feast for the eyes and ears when thousands of cranes descend on the wide shallow water areas in the evening," said Axel Schonert from Nabu.

Saxony-Anhalt is not only important as a transit country. Due to decades of intensive protection, there are now around 950 breeding pairs in this country. With offspring, that's almost 3,000 animals. In addition, more and more animals would forego the exhausting journey to the warm south. Around 10,000 cranes have already wintered at the Helmestausee. 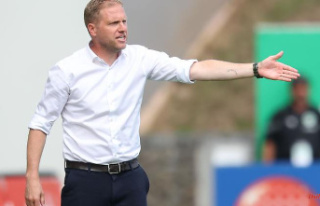 Bayern: Fürth without hectic: "Everyone has...