Saxony-Anhalt: With severe disabilities in politics

As a member of the state parliament, Katrin Gensecke is particularly committed to helping people with disabilities. 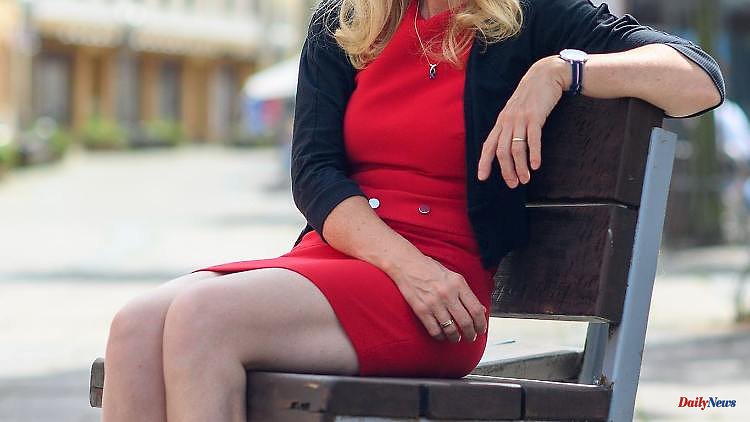 As a member of the state parliament, Katrin Gensecke is particularly committed to helping people with disabilities. She herself suffers from multiple sclerosis. Insight into the everyday life of a woman who fights in politics for a world with fewer barriers.

Wolmirstedt (dpa / sa) - That's exactly how it shouldn't be. Katrin Gensecke climbs the steep stairs in the old school building with a little effort and yet surprisingly quickly. The municipality made something new out of it - but an elevator is missing.

In rural areas, the path to accessibility is often still a long one. The 50-year-old addresses the issue to the mayor in a friendly manner, but reacts calmly overall. After all, it's not an unknown experience for the woman, who has been suffering from multiple sclerosis for more than 25 years - and has been campaigning for the needs of people with disabilities for almost as long.

On this warm July day, Katrin Gensecke is looking at the new co-working center in Nordgermersleben (Börde district). In the village, which has 700 inhabitants, the municipality of Hohe Börde renovated and converted the old school building. Now people can rent there on a daily basis for work. The member of parliament wants to know how this is accepted in her constituency. "How fast is the Internet?" is the first question Gensecke asks when she enters the premises. Mayor Steffi Trittel reports on the fiber optic expansion. Arriving at the green office chairs, Gensecke smiles. "You can feel good here." Word has to get around, preferably as far as the universities in Magdeburg. After an hour of conversation, it's back down the stairs from the first floor. Step by step.

Katrin Gensecke has faced such barriers since the mid-1990s. Born in Erfurt, she was studying sports, history and German in Magdeburg when she was torn from her everyday life by a serious sports accident. After months of uncertainty, the phantom is getting a name, she says. Diagnosis Multiple Sclerosis (MS). "That was December 5, 1997. I will never forget that date." MS is an inflammatory disease of the central nervous system. The young woman applies for a severely disabled person's pass and can hardly walk at this time. Tobogganing, gymnastics, dancing - that's over in one fell swoop.

Katrin Gensecke gives up her studies and trains as a medical assistant. Later she becomes unemployed. She writes many applications, stating her disability. She is not accepted anywhere. "That was pure discrimination." She has to apply for a disability pension - and becomes pregnant during this time. In the new phase of life as a mother, she begins to deal intensively with the rights of people with disabilities. "I read a lot myself and picked out a lot from law books." She is a volunteer in the German Multiple Sclerosis Society. Her illness stabilizes over the years, even if there are always difficult times.

At some point, Katrin Gensecke realizes that the influence of associations is limited and joins the SPD. There she co-founded the Working Group of People with Disabilities (AG Selbst Aktiv!), and as its national chair she has regular access to the party executive in Berlin. "That is inclusion in practice," says the 50-year-old. She works on several election programs - and gradually becomes a sought-after expert on social policy in her party.

And yet she is surprised when she is asked whether she wants to turn her voluntary work into a career. "I don't know if I can do it, I said. But the parliamentary group and party have encouraged me: you can do it!" She has been in the state parliament for a year now. SPD faction leader Katja Pähle enthuses: "Katrin Gensecke doesn't let anything slow her down. I think what she's doing is great!"

After the appointment at the co-working center, Katrin Gensecke has a consultation hour at the constituency office in Wolmirstedt. Pensioners complain about the lack of relief from rising energy prices or want to discuss the shortage of teachers in Saxony-Anhalt with her. She listens patiently, takes notes, argues and explains what is being done to remedy the situation. The politician's rhetoric fits quite well. Between conversations, she needs to take a deep breath and take a break. Being more caring also costs them a lot of strength. But her motivation is unbroken.

Katrin Gensecke is determined to promote the implementation of the UN Disability Rights Convention. "It's been around since 2009. But there are a lot of legal norms that are violated every day." For example, access to the labor market and a self-determined life within your own four walls should become easier. A lot has happened when it comes to accessibility, but the authorities are still lagging behind all too often, both in terms of construction and brochures in easy-to-understand language. "Many people with disabilities are frustrated."

The SPD politician is committed to a world in which children are not sent to special schools at an early age. A lot has to change on the job market too. "It's a lot, but not inclusive." Many companies do not know that the state offers support services with a budget for work, for example. Only three percent of people with disabilities have their limitations from birth, most would only acquire them in the course of life, says Gensecke. Society must find solutions for such upheavals.

Katrin Gensecke is convinced that role models and success stories could help to show that inclusion can succeed. Malu Dreyer (SPD), Prime Minister of Rhineland-Palatinate, also suffers from multiple sclerosis. "It shows what's possible," says Gensecke, and doesn't downplay the fact that she and Dreyer are occasionally dependent on others in everyday life. As a member of parliament, Gensecke is entitled to an escort to help with driving or appointments. Sometimes she needs more support, sometimes less. Katrin Gensecke decides that herself. "MS is different every day."

1 Baden-Württemberg: First half of the year: Southwest... 2 North Rhine-Westphalia: Ex-Schalke Avdijaj changes... 3 Bavaria: search for missing swimmer continues 4 First muezzin call still not foreseeable 5 The sons tend to stay in the "Hotel Mama" 6 Supply in Europe: Von der Leyen on the energy crisis:... 7 "A dissenting opinion is reinterpreted as a reason... 8 Employers' association: General metal boss Wolf... 9 Lower inflation, save the euro? The ECB is reacting... 10 Landtag: Parliamentary committees travel for a total... 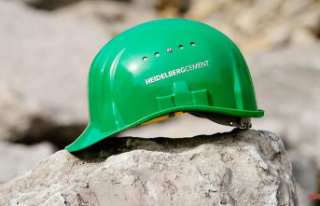 Baden-Württemberg: First half of the year: Southwest...