Saxony: Farmers' protest in Saxony against the EU fertilizer policy

Dresden (dpa/sn) - Around 200 farmers from Saxony vented their anger at the EU's push for significantly fewer pesticides in agriculture on Wednesday in Dresden. 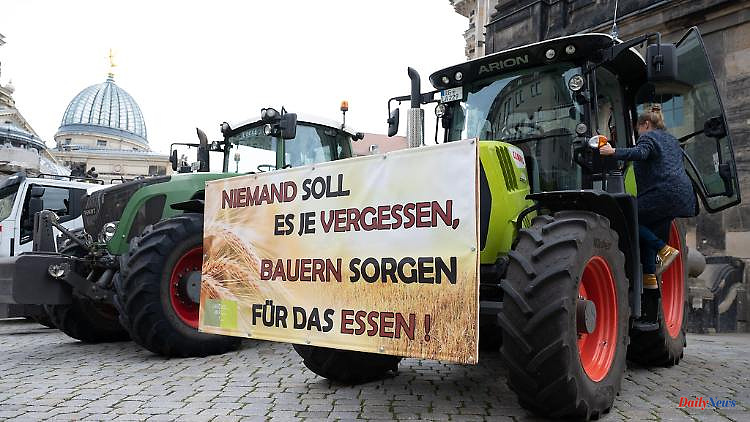 Dresden (dpa/sn) - Around 200 farmers from Saxony vented their anger at the EU's push for significantly fewer pesticides in agriculture on Wednesday in Dresden. From all over Free State, the farmers with around 100 tractors followed the nationwide call for protest, said the organizer "Land creates connection Saxony". "We want people to talk to us and not make decisions over our heads," said Robert Erdmann, a farmer from the Oschatz area.

The farmers are particularly worried about the EU Commission's plans to largely ban conventional and organic pesticides on "sensitive areas". According to the farmers, a general ban on pesticides in the protected areas would mean the end for many farms growing fruit, wine and vegetables, but also for arable farming. "We take care of the food and above all we stand for regional products," emphasized Erdmann.

According to the Federal Office for Consumer Protection and Food Safety, around 950 pesticides are approved in Germany, in which a good 280 active ingredients are used. The agents are used against insects or other animals, fungi or weeds, for example.

1 Saxony-Anhalt: Companies are pessimistic about the... 2 What First-Time Dog Owners Should Know Before Adopting 3 Portugal Golden Visa for UK Citizens 4 Lindner is back on board: traffic lights demonstrate... 5 "A fraction of the cost": Lindner gives... 6 "It will then be threatening": Stadtwerke... 7 Not just because of the tank discount: why diesel... 8 Barça star seriously injured: Aubameyang suffers... 9 14 on the ceiling, Berlin in view: DBB wants a medal... 10 Despite a major fire in early August, the Senate is... 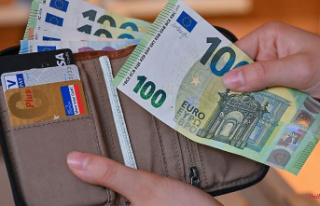 Saxony-Anhalt: Companies are pessimistic about the...