Hrensko (dpa/sn) - The costs of fighting the forest fire in the Czech National Park Bohemian Switzerland are likely to be in the millions of euros. 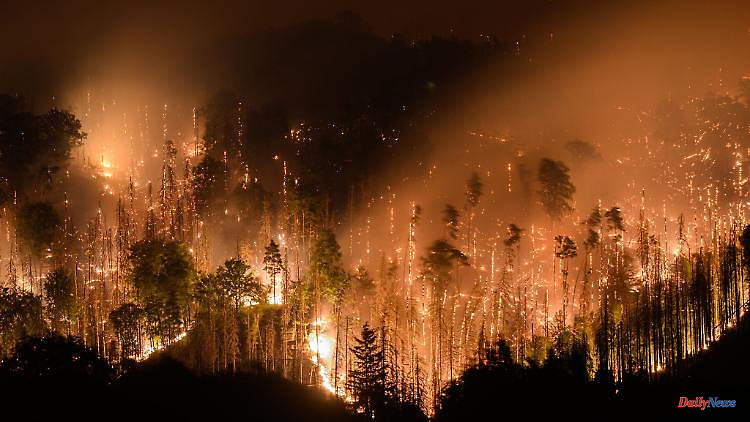 Hrensko (dpa/sn) - The costs of fighting the forest fire in the Czech National Park Bohemian Switzerland are likely to be in the millions of euros. The director general of the Czech fire brigade, Vladimir Vlcek, said on Wednesday that he was counting on expenses for the emergency services alone of around 15 to 20 million crowns a day. That's the equivalent of 600,000 to 800,000 euros. This does not include logistics costs.

Furthermore, more than 1000 firefighters are on duty to track down and extinguish embers. There are also five helicopters and several fire-fighting aircraft on site. The area of ​​the fire area has now been reduced from 1060 to 498 hectares.

The fire has been officially under control since Monday evening. It broke out a week and a half ago and also spread to the neighboring German national park, Saxon Switzerland. The forest fire is considered the largest in the history of the Czech Republic.

1 Saxony: Partial completion of the A72 between Leipzig... 2 Bavaria: associations: outpatient care endangered... 3 Baden-Württemberg: Many sex offenders at risk of... 4 North Rhine-Westphalia: apartment owner is said to... 5 Baden-Württemberg: SV Sandhausen still looking for... 6 North Rhine-Westphalia: water levels continue to fall:... 7 The hunting Neanderthal was smarter than expected 8 US foreign policy: Pelosi visit: Taiwan fears blockade... 9 Without Germany there would be no US flight to the... 10 War in Ukraine: Grain freighter allowed to continue... 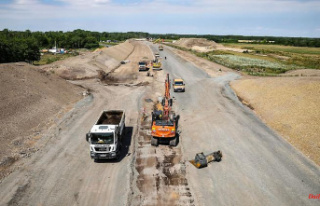 Saxony: Partial completion of the A72 between Leipzig...