Dresden (dpa / sn) - The police have registered numerous crimes related to the relegation game in Dresden. 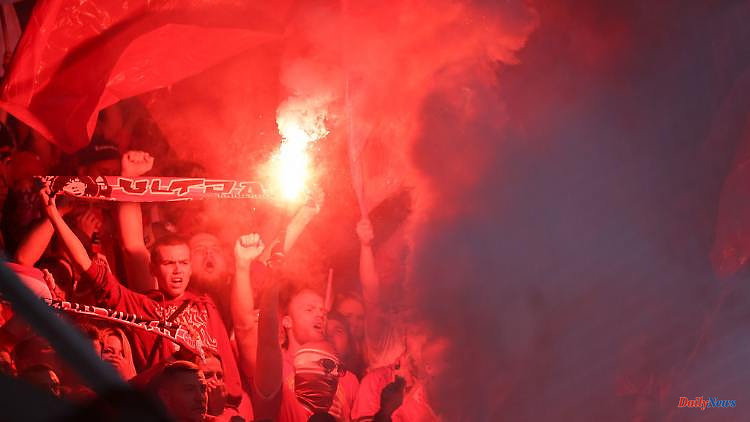 Dresden (dpa / sn) - The police have registered numerous crimes related to the relegation game in Dresden. Even before the game kicked off, home and guest fans burned off pyrotechnics for the first time, as the police announced on Wednesday. In addition, a rocket was fired from the guest block in the direction of the home fans. The police are now investigating on suspicion of attempted dangerous bodily harm. During the game, both fan camps also ignited pyrotechnics several times.

According to the police, a group of about 30 unknown home fans is also being investigated. They are said to have illegally gained access to the stadium building and injured two folders. The suspicion of breach of the peace is in the room. After stones were thrown at a bus, investigations into property damage were also initiated.

Dynamo Dresden was relegated from the 2nd Bundesliga in front of a home crowd on Tuesday. The team lost 2-0 to 1. FC Kaiserslautern and now has to make it into the 3rd division. A total of over 1,100 police officers were involved in the game.

1 North Rhine-Westphalia: Spring weather in North Rhine-Westphalia... 2 North Rhine-Westphalia: Fathers' share of parental... 3 Heavy weapons only in July: Melnyk accuses Ampel of... 4 Stricter laws called for: Biden after school massacre:... 5 US consortium takes over: sale of Chelsea FC is fixed 6 Memories are awakened: Do we have to be vaccinated... 7 More dogs end up in animal shelters: the dog boom... 8 Bavaria: intensive search for clues: blasted ATM in... 9 Thuringia: Corona incidence in Thuringia at 108.4 10 Aerosmith cancel concerts: Steven Tyler in treatment... 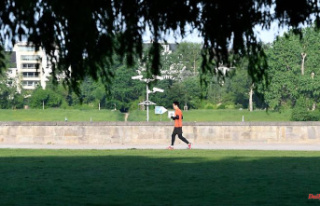