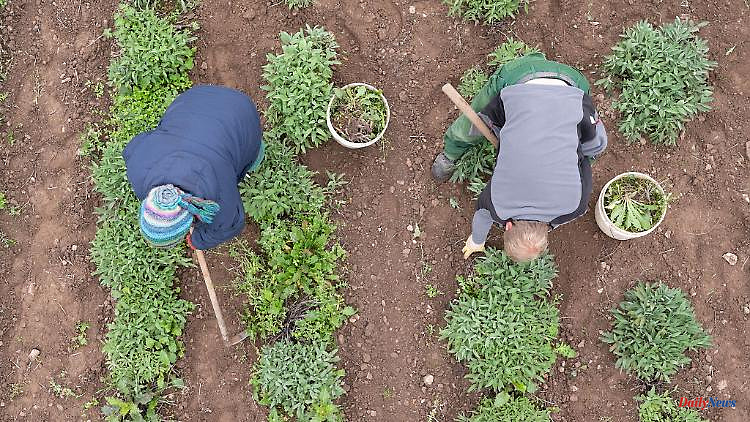 Freital (dpa/sn) - The natural remedy producer Bombastus started harvesting on its sage fields in Freital two weeks earlier than usual. It is difficult to estimate how many tons will ultimately be available for tea production because the drought has consequences, as the company announced on Wednesday. "We have about a quarter less growth per row," explained Daniel Lehmann for the field cultivation department.

In the important vegetation period in April and May there was therefore no precipitation, which resulted in comparatively weaker growth of the leaves. The drought is also the reason for the earlier start of the harvest. Should more precipitation fall in July and August, this could bring a new growth spurt for the plants. Then a second cut of the sage leaves would be conceivable.

The demand for sage tea has dropped noticeably. While around 13 tons were sold in 2019, it was only 10 tons in 2020. In 2021, the quantity sold was 9.2 tons. The causes are therefore the hygiene and distance rules in the Corona period. "The usual cold seasons in spring and autumn didn't happen," said board member Joachim Günther.

Bombastus-Werke was founded in 1904 and produces cosmetics, medicines and essential oils in addition to tea. According to the company, it is one of the largest growers of perennial sage in Europe with an area of ​​around 40 hectares.

1 Saxony: After a forest fire at the bastion: the police... 2 Mecklenburg-Western Pomerania: Marstall renovated:... 3 Announcements to SPD and Greens: Lindner: Times of... 4 Russian supply route: Kiev artillery damages key Kherson... 5 Criticism of the federal government: Kiesewetter:... 6 Commission plan: EU countries should be forced to... 7 Hundreds of euros difference: wage gap between East... 8 Before the start of filming of "The Queen":... 9 Cases in Germany too: are bites from exotic poisonous... 10 Discovered in neighboring galaxy: black hole astonishes... 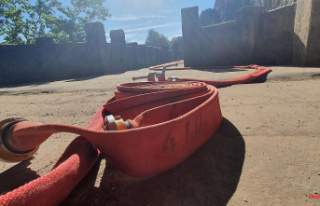 Saxony: After a forest fire at the bastion: the police...