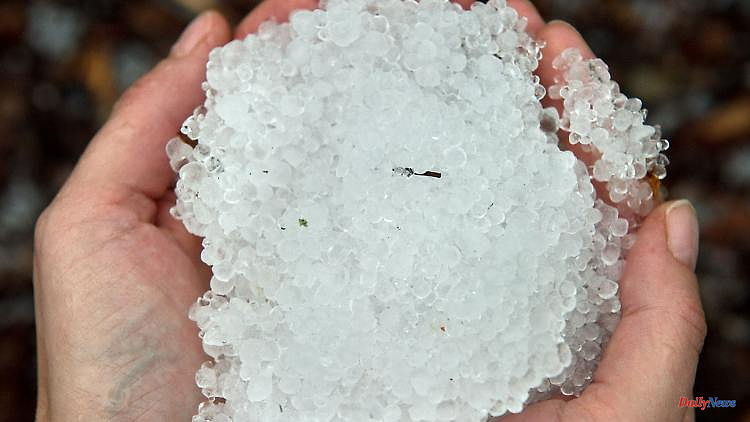 Leipzig (dpa/sn) - Heavy hailstorms turned some parts of Saxony and Thuringia white on Monday afternoon. First, a thunderstorm with hail unloaded south of Jena, with about 21 liters per square meter of precipitation being registered within an hour, as the German Weather Service (DWD) announced on Monday in Leipzig on request. The thunderstorm then moved on over the northern Vogtland and the Ore Mountains.

In Hirschfeld (Zwickau district) almost 25 liters per square meter fell within an hour and in Raschau in the Ore Mountains around 19 liters. According to the DWD, the hailstones were not very large, but made for a wintry landscape and slippery roads. "In addition, cold air literally fell out of the clouds and the temperature dropped from 19 to 10 degrees within an hour," explained meteorologist Florian Engelmann.

According to the DWD, the precipitation is only a small interlude. It will be drier already on Tuesday and warmer with each passing day this week. At the weekend, meteorologists expect temperatures of 30 degrees and slightly above.

1 Baden-Württemberg: Economic association warns of... 2 Hesse: Judgment in the trial against an officer is... 3 Bavaria: Bavaria and Scotland: Working together on... 4 Control most of the city: Russians drive out Ukrainians... 5 Baden-Württemberg: Rhein-Neckar Löwen sign Jacobsen... 6 Saxony: Hilbert: "I will fight for every vote" 7 Bavaria: emergency braking because of basketball players... 8 North Rhine-Westphalia: In a hurry to the prom: stopover... 9 North Rhine-Westphalia: young people seriously injured... 10 Baden-Württemberg: 25-year-old is said to have set... 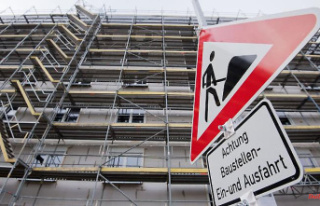