Erfurt (dpa/sn) - People in Thuringia can look forward to a sunny and warm weekend. 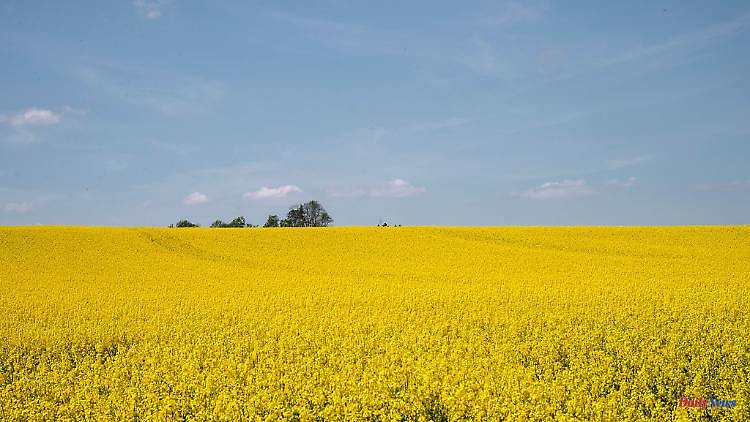 Erfurt (dpa/sn) - People in Thuringia can look forward to a sunny and warm weekend. Occasionally, however, thunderstorms with heavy rain, hail and gusts of wind occur in the south and south-east of Thuringia, as the German Weather Service (DWD) announced on Friday.

Friday will be summery warm with temperatures between 23 and 26 degrees, at higher altitudes 20 to 24 degrees. After the sunny morning, cumulus clouds will gather, but it will remain dry. The first showers will appear in the south in the evening. Saturday night will be increasingly overcast. Showers and isolated thunderstorms are expected, especially in the south-east. In the other parts of the country it is supposed to rain occasionally. Precipitation decreases during the night. The lows are between 14 and 11 degrees. "The temperatures at night are quite mild due to the clouds," said a spokesman for the DWD.

On Saturday the day will start cloudy with a few showers. In the evening the clouds decrease. "It will be a mix of sun and clouds," said the DWD spokesman. Temperatures range between 21 and 24 degrees during the day, and 18 to 21 degrees at higher altitudes. At night they are between 13 and 9 degrees. Sunday night will be clear, partly cloudy and rain-free.

"Sundays will be muggy and warm," said the spokesman for the DWD. The temperatures climb to a summery 25 to 27 degrees, at higher altitudes 20 to 25. First the sun shines. In the afternoon, cumulus clouds will gather and the risk of severe thunderstorms and heavy rain will increase. Showers and thunderstorms will occur on Monday night and temperatures will drop to 16 to 13 degrees. Monday will be "quite changeable": It will stay warm, but will be cloudy with a few showers and thunderstorms throughout the day.

1 Hofreiter and Kiesewetter: "I don't want... 2 Record profits since the beginning of the war: USA... 3 Will the process be reopened?: Amber Heard will probably... 4 "I didn't expect that": This is how... 5 Mecklenburg-Western Pomerania: Transporter crashes... 6 Hesse: Partly summery, partly uncomfortable weather... 7 Bavaria: Four injured after a rear-end collision near... 8 Bavaria: Blume: Bavaria's cultural buildings... 9 North Rhine-Westphalia: Corona incidence in NRW is... 10 North Rhine-Westphalia: Sun expected in NRW - showers... 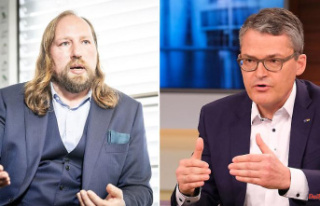 Hofreiter and Kiesewetter: "I don't want...