Saxony: Ukrainian children are cared for in Gotha and Chemnitz 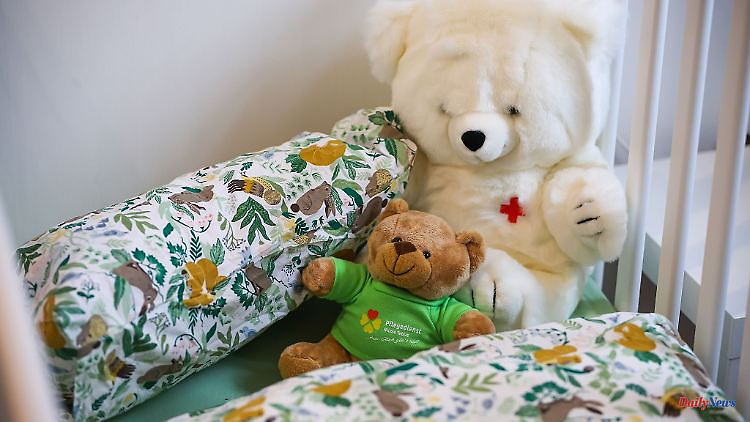 Gotha/Chemnitz (dpa/sn) - Eleven terminally ill children were brought to Germany from the war zone in Ukraine for care. The four planes with the children aged 4 to 16 landed in Erfurt on Thursday night, said the spokesman for the German air ambulance, Marc Friedrich, of the German Press Agency. The seriously ill were taken from the airport to Gotha and Chemnitz in Saxony.

They would be given palliative care there according to their needs, according to a joint statement from the Thuringian State Chancellery and the Federal Ministry of Health. The Federal Association of Children's Hospices has been commissioned by the Federal Ministry of Health to coordinate the evacuation of children and young people in need of palliative care from Ukraine since mid-September.

The federal and state governments are responsible for financing the children's care costs: "We agreed on joint financing - very quickly and unbureaucratically," said Federal Health Minister Karl Lauterbach (SPD) on Thursday during a visit to Gotha. The children are in a "disturbing" state.

In Chemnitz, four seriously ill children from the Ukraine between the ages of 4 and 13 are housed in an intensive care facility for children. "We wanted to support and help," said area manager Susan Kubin. The children are accommodated in an apartment on the ground floor, you can see the hardships of the long journey.

It is not yet clear how long the children will stay. "They are safe here, they have their bed, they have nursing staff who take care of them and then we see how the children develop." Now they would have to get used to it. "We hope that we can offer the children a Merry Christmas and a home," said Kubin.

Prime Minister Bodo Ramelow (left) said in Gotha that there had been a call for help from Ukraine that had been received in Thuringia and Saxony. This is immediate humanitarian aid, which is absolutely necessary. A former gynecological clinic in Gotha was converted for the intensive medical care of the children.

According to the information, the children come from the Dnipro region, which is bombed every day. There was only electricity for a few hours a day, no special food and no medication for the children, said the spokesman for the German air ambulance Friedrich. They were brought to the Polish border by the Ukrainian military in a special train, then driven by an NGO in ambulances to an airport in Poland and then flown out from there. The flight was financed by the "A Heart for Children" campaign.

According to its own statements, the German air ambulance has flown 48 children and 5 adults out of the Ukraine since March. 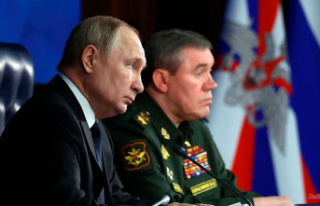