As the defending champion, Anadolu Efes Istanbul travels to the final tournament of the Euroleague. 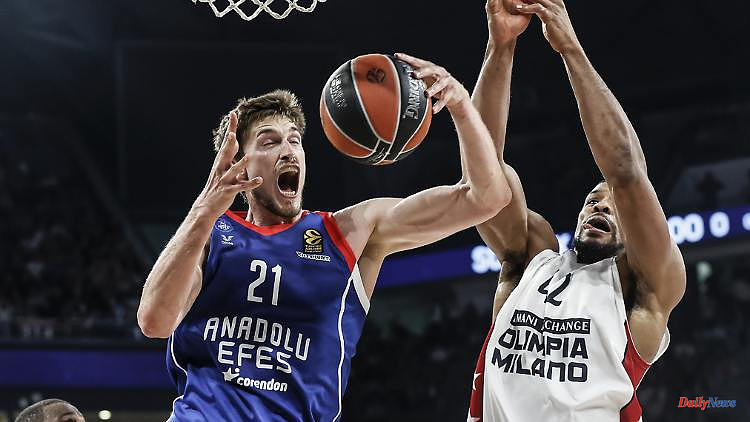 As the defending champion, Anadolu Efes Istanbul travels to the final tournament of the Euroleague. For Tibor Pleiss, this is the chance to be the first German basketball player to win the most important European trophy for the second time. As a harbinger of a comeback in the national team that seemed impossible for a long time?

Tibor Pleiß has become a hobby photographer. Whenever time permits, the basketball player grabs his camera and strolls around. "The pictures usually come about when I'm out and about alone. Headphones in my ears, and then I just let myself drift," said Pleiss. "The motifs that interest me then come all by themselves."

Pleiß does not have to look far for the desired motif for this weekend. The object of desire, which he wants to photograph but above all hold in his own hands, is clearly defined: the winner's trophy for winning the Euroleague is what Pleiß's focus is all about. "It would be great if we could win this thing again," Pleiss said ahead of the Final Four in the Serbian capital, Belgrade.

In the semifinals, the 32-year-old center meets Olympiacos Piraeus with his club Anadolu Efes Istanbul on Thursday (6 p.m. / Magentasport). In the second semi-final, the two Spanish top clubs Real Madrid and FC Barcelona will play against each other. The final will then take place on Saturday. Bayern Munich narrowly lost to FC Barcelona in the quarter-finals.

"I'm really looking forward to the weekend," said Pleiss. "Qualifying for the Final Four alone is a success," said the center, who won the title with Istanbul in Cologne last year. "Of course you want to win the Euroleague. But if you imagine how many players work towards this one tournament all year, put so much sweat and heart and soul into it, and then you're one of the few players who made it. I am already proud that we did it again."

Pleiß played a significant role in this. In the fourth quarter-final game against Milan, the man from Cologne literally exploded and was the outstanding player on the floor with 25 points, six rebounds, two steals and two blocks. Now he can do something in Belgrade that no German basketball player before him has managed to do: win the title in Europe's premier class twice.

The fact that Pleiss is still under the radar in Germany is also due to the fact that he has not played for the national team since the summer of 2016 after a quarrel with the association. At that time he had left the DBB selection in the middle of the European Championship qualification because he was in contract negotiations with clubs from the NBA and Europe after his time with the Utah Jazz had previously come to an end. The national coach at the time, Chris Fleming, paid no more attention to him after that.

But in the meantime the relationship with the association has normalized, the current national coach Gordon Herbert has Pleiß on the slip. "Of course Tibor is an issue," said the Canadian. Only recently was he in Istanbul to talk to Pleiß about the summer with the European Championships in Cologne and Berlin, among other places. It is not yet clear whether there will be a comeback. "My full focus is initially on the Final Four in the Euroleague." The willingness to return to the national team is basically there, "but I have to listen to my body and see what my health says." There would definitely be beautiful photo motifs in Cologne and Berlin.

1 "We need guys like that": Harald Schmidt... 2 "Things said about me": Süle counters Hoeneß'... 3 "Tragic accident": Four-year-old girl found... 4 A maximum of 598 MPs: Traffic lights plan to downsize... 5 "Only because of the money": Anouschka Renzi... 6 Ukraine lacks night vision devices: Moscow relies... 7 Are filming allowed?: How prisoners of war must be... 8 Film festival opened: Germans mix up the red carpet... 9 World Weather Organization worried: Four indicators... 10 Handwork for the anniversary: ​​The British crochet... 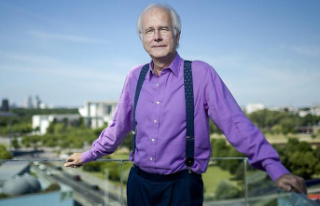