How should Germany get through the impending severe economic crisis? This is also unclear the day after the first meeting of the "Concerted Action". 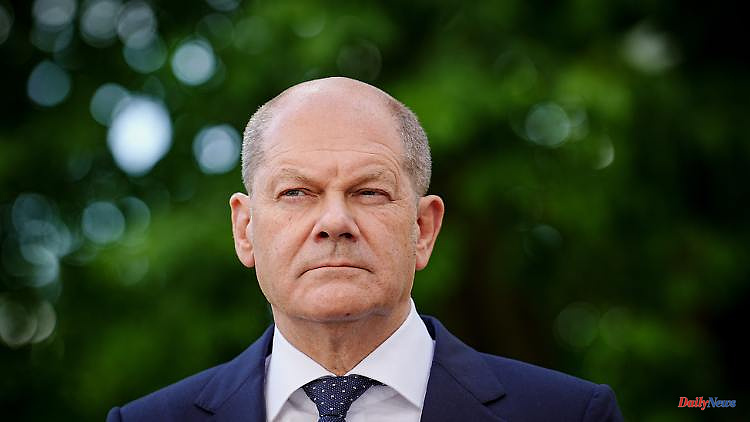 How should Germany get through the impending severe economic crisis? This is also unclear the day after the first meeting of the "Concerted Action". Nevertheless, it is encouraging that the federal government takes the dangers seriously - and is finally trying to get ahead of the situation.

Olaf Scholz is not a mysterious man. Even if the emotional swings in the Hanseatic are manageable, you can easily tell when he is particularly satisfied or annoyed. On Monday afternoon, the Chancellor was visibly satisfied, despite the serious situation. The - as he himself admitted - complicated-sounding "concerted action" had begun. From now on, the cabinet, trade unions, employers' associations and experts will be in regular contact about the right instruments to counteract the consumers' loss of purchasing power and the problems facing companies. This has not yet solved any of the many problems and large parts of society were not represented in the group, but the knee-jerk criticism of the initially lacking results does not go far enough.

The new federal government took office with the lofty promise of pursuing forward-looking policies instead of just reacting. But in the first two months, the traffic light was literally overrun by crises: the pandemic gained new momentum in December. In February, the Russian invasion of Ukraine began.

The fight against Corona was slowed down by disagreement within the coalition. When it comes to supporting Ukraine, the government's course has only emerged with difficulty and is still not entirely clear when it comes to arms deliveries. So far, the government alliance has not come "before the situation" in any crisis, as the politicians say. In the event of the looming economic crisis, this could finally succeed.

The federal government's two relief packages, which have been praised by economic experts, trade unions and business, will only take effect in the coming weeks. Nevertheless, Scholz did not sit back and declared waiting to be the motto. Already on June 1st he announced the "Concerted Action", had it prepared in the background and now got it on track. The decisive factor here is the insight that the state cannot continue to compensate for every additional burden on the economy and consumers - certainly not with the FDP in the federal government insisting on compliance with the debt brake. Should the situation continue to deteriorate in autumn, more than just tax breaks will be needed. Then everyone who can still do that must be willing to give something - people with solid incomes as well as the many industries that have fared well in recent years. Paradoxically, what is needed is: wage increases and wage cuts, depending on the economic sector. The state then helps where the companies cannot.

In this sense, it was a success to bring the collective bargaining parties together on Monday and to work out a common understanding of the problem. At the end of the two-hour exchange, Employer President Rainer Dulger publicly stated that the cause of the price spiral was not high wage demands from the workforce. In return, DGB Chair Yasmin Fahimi stated that a recession had to be avoided at all costs, thus acknowledging the difficult situation facing companies. After the discord between the two camps in recent weeks, Scholz brought two elementary partners together and created a working basis. No more and no less.

In August and September it will be clearer where the journey is headed: will Russia permanently cut off its gas supplies? Do the previous measures ease inflation? Are global supply chains getting back on track? Are there signs of a return to the severe pandemic situation? The number of imponderables is great. If the summer is used so that all relevant partners at the working level can go through possible measures and work on new ideas, the Federal Government can draw on a halfway full toolbox in the autumn and act according to the situation instead of being overwhelmed by the looming crisis. No one can seriously answer today whether this will succeed. It's always worth trying.

Providing up-to-date answers is another traffic light slogan coined by the Greens. This will succeed if the federal government communicates the seriousness of the situation and conveys that it is tackling the challenges with the necessary concentration. It is appropriate that Scholz prepares for difficult times and obliges the whole country to participate. Vladimir Putin is specifically putting the resilience and, yes, the ability to suffer, of democratic societies to the test. It's a bet who will collapse first: the West, with its complex and dynamic social systems, or the Russian dictatorship. If the Russian gas stays away, the country will have to move closer together or the crisis will tear society apart. It looks so drastic at the moment.

In the style of his "Respect" election campaign, Scholz and his advisors decided to use the word "underline", which he uses at every opportunity. The picture fits because it conveys togetherness and solidarity, but - like the "Concerted Action" - is also quite old-fashioned. In addition, the eternal repetition of such buzzwords, apparently agreed as a communication strategy, means that the chancellor does not seem particularly empathetic. It doesn't help that Scholz knows that 2.29 euros for a piece of butter now falls into the bargain category. On the other hand, Scholz has made it clear more than once that he does not want to be measured by his appearance or his sympathy values, but by results. In this sense, the "Concerted Action" is actually a ray of hope in dark times, which should not fade away too quickly. 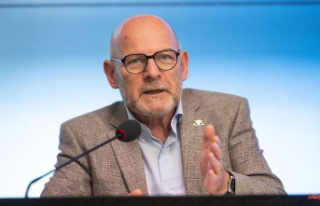