As part of a demonstration across the UK over high fuel prices, protestors have taken to the streets of Scotland. 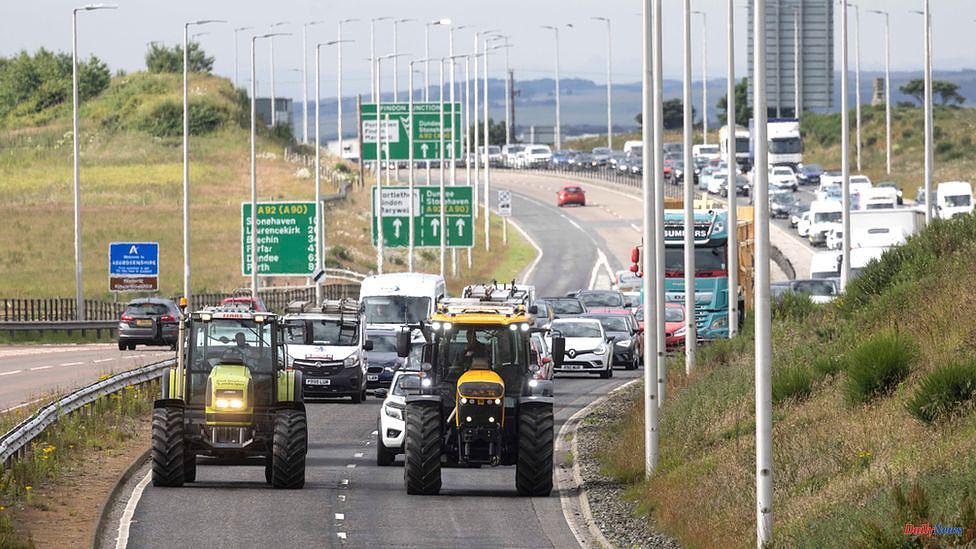 As part of a demonstration across the UK over high fuel prices, protestors have taken to the streets of Scotland.

On Monday, two tractors caused lengthy tailbacks on A92 heading north towards Aberdeen. There were also protests at Inverness' Kessock Bridge.

Police Scotland stated that it was aware of protests in Scotland and advised motorists to be cautious.

The UK government stated that while it is aware that many people are facing rising prices, and that they have the right to protest them, people should not be deprived of their daily lives. It warned that delays in traffic will only increase fuel consumption.

Experian data showed that the average price for a litre petrol at UK forecourts was 191.5p on Sunday.

After a March 5p per litre price drop, Rishi Sunak, Chancellor of India, has stated that he will be reviewing calls for a "more substantial fuel duty cut."

The war in Ukraine has pushed fuel prices higher, and Russia, one of the largest oil exporters worldwide, is facing sanctions.

Protesters also affect motorways in England & Wales. Convoys of vehicles have been driving slowly on two lanes on three-lane motorways while protesters block the "fast" lane.

Road Policing Ch Insp Lorraine Napier stated that Police Scotland was aware there were protests on trunk roads and motorways north of the border.

She stated that all road users should drive within the speed limits and at a speed appropriate to the road conditions in order to promote safe and responsible road usage for all.

"Nevertheless, drivers need to be aware that journey times can be longer than usual, especially on trunk roads and motorways, so they should plan their travel accordingly."

She said that the force would balance the rights of the wider community with those who wish to peacefully protest and counter-protest.

Julie, a protestor from Inverness, stated that she was participating because she wants fuel prices to drop.

She said, "People are hungry in the country right now and we just need people who will listen."

Are you experiencing disruption? Are you a protester? Share your experiences by emailing haveyoursay@bbc.co.uk.

1 "We have to break them": Zelenskyj wants... 2 Finally there with Galtier?: PSG probably has a new... 3 How America's Supreme Court is changing America 4 NHS trial using drones for chemotherapy drugs 5 Devastating floods: 50,000 Australians to flee water 6 Bavaria: Too few skilled workers for all-day care... 7 Bavaria: Driver dies in accident on A3 8 Baden-Württemberg: Hate crime in the southwest continues... 9 Baden-Württemberg: There is a massive shortage of... 10 Petanque. Mondial La Marseillaise: Dylan Rocher, the... 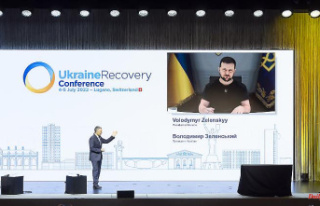 "We have to break them": Zelenskyj wants...