At the end of the fifth season of "Joko. 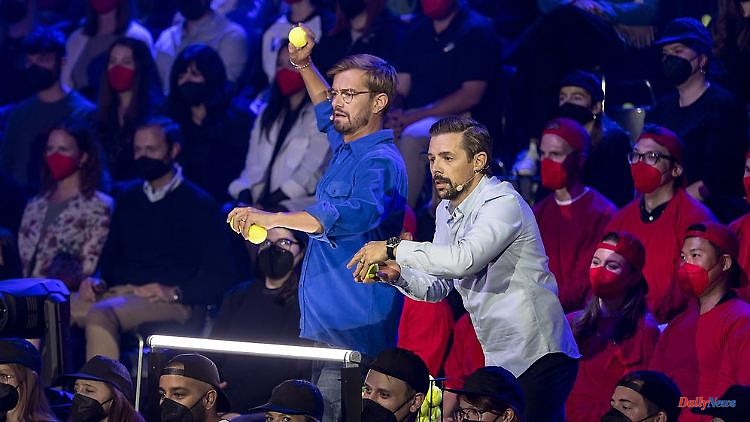 At the end of the fifth season of "Joko

In the first game "All end is easy", the two tennis balls had to be thrown into a garbage can from different distances, in the end the moderators gained an advantage. In the second challenge "Seven Meters Mustard" Winterscheidt and Heufer-Umlauf competed against Matthias Opdenhövel and Linda Zervakis. The teams had to draw a continuous track with different foods such as mustard or cream. Opdenhövel and Zervakis were more skilful, an advantage for ProSieben.

In the third game, Winterscheidt and Heufer-Umlauf had the task of preventing people from entering the Bavaria film studios for 30 minutes. "Service starts at 10 a.m. on the site, you can't open the barriers at 10 a.m.," Winterscheidt complained right at the beginning. They still sat at the gate and left the barriers closed - but the employees wanted to go to work. At some point the people waiting were very annoyed, honked their horns wildly and shouted: "Finally open the barrier." But the two TV stars stood their ground and were able to win the game.

In the fourth game "Das Diss-Duell" the two competed against Aminata Belli and Hadnet Tesfai and were able to get the third advantage. In game five they had to take on their feared opponents, Axel Stein and Paul Janke. The task: bring each other down in small vehicles. So far, Winterscheidt and Heufer-Umlauf have never won against the two, and this time the moderators had to admit defeat - so ProSieben had two advantages.

In game six "Evil" Jared Hasselhoff was used. One of the two had to guess proverbs while the other, with the help of Jared, tried to pantomime it using props. But in the end they had to give up the advantage to ProSieben. Thus, Winterscheidt and Heufer-Umlauf had gained a total of three advantages.

In the final, they had to open seven doors to win and reveal the mysterious gentleman ProSieben's first name. They got an extra 30 seconds per advantage. But in the end the time was up and not all mysteries were solved. Victory went to ProSieben in the season finale. As punishment, the two have to watch and comment on the entire program again. "Yeah

The broadcaster has already celebrated his victory on Twitter. "Some things taste sweet. Won," says the official ProSieben account. A sixth season of "Joko

1 "Artemis 1" kicks things off: What do we... 2 Baden-Württemberg: Mannheim Mayor Kurz does not appear... 3 Bavaria: trapped between the bench and the heater:... 4 North Rhine-Westphalia: 33 victims of police shots... 5 Mecklenburg-Western Pomerania: Light frost in Mecklenburg-Western... 6 North Rhine-Westphalia: Unknown traces of a corpse:... 7 Hesse: driver loses control of the car and dies after... 8 Bavaria: At Bavaria's universities more and more... 9 Bavaria: the cause of the accident pushes the way... 10 Baden-Württemberg: Landlord stabbed: woman accused 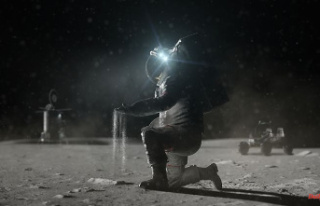