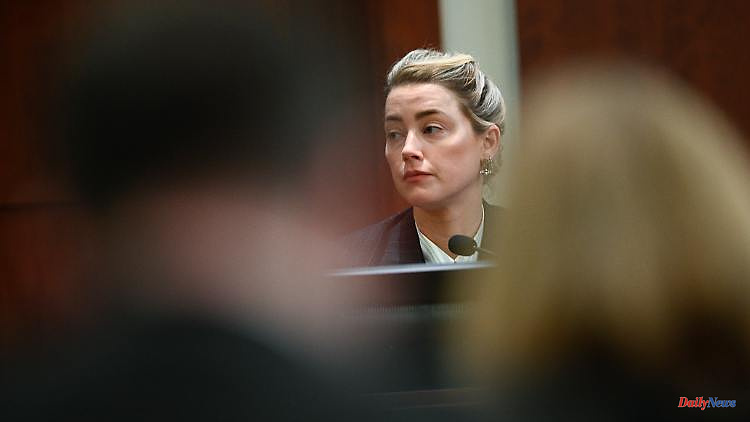 Amber Heard has accused Johnny Depp of multiple counts of domestic violence and rape. In cross-examination, the lawyers of her ex-husband are now questioning these statements.

Amber Heard rejoined the witness stand to cross-examine questions from her ex-husband's lawyers in Johnny Depp's defamation trial. At the trial in Fairfax, Virginia, where the ex-couple have accused each other of domestic violence, the actress was mainly questioned about their infamous 2015 argument in Australia. In addition, the statements she had made on the witness stand in the previous days of the trial were questioned.

The Hollywood star's legal team not only doubted the 36-year-old's claims that Depp was argumentative and addicted to drugs, but also the many violent outbursts and rapes that Heard claims to have suffered from her ex-husband. "You weren't scared of him at all, were you?" asked lawyer Camille Vásquez, to which Amber Heard replied, "This is a man who tried to kill me, of course it's scary." When asked why Heard gave a man who allegedly abused her a knife marked "until death," she replied, "I wasn't afraid that he would stab me with it."

Heard has denied that she initiated the violence in her marriage to Johnny Depp, as he claims. But she also hit him because she had to "defend herself as best she could". It just made "no difference". Heard described these and other allegations by her ex-husband as an "orchestrated smear campaign" against her.

Above all, the notorious dispute in Australia in March 2015 was the focus of attention on Tuesday. Depp accuses his ex of throwing bottles at him at the time and cutting off one of his fingertips. Heard, on the other hand, claims that Depp abused her for over three days and raped her with a vodka bottle. As on Monday, the jury was shown several videos and pictures showing Heard with no visible injuries to his face a few days after the alleged attacks. Heard was also accused of only taking pictures of broken objects and smeared bathroom mirrors to harm Depp. She intentionally did not photograph herself because she was not injured. The 36-year-old denied that.

In addition, Heard should explain why she never went to the doctor with her injuries, which she is said to have suffered from Depp, not even after the alleged rape, after which the actress is said to have bled from her vagina. Heard testified in early May that he was afraid Depp might have inserted a broken bottle into her. In cross-examination, she now suggested that she had become used to injuries over time, which is why she decided not to see a doctor.

She was also confronted with a recording in which she talks to Depp about the Australia dispute. The 58-year-old tells how he had to hide in "at least five bathrooms and two bedrooms" to "escape the argument before it got worse" but banged on them every time. Heard angrily accuses her husband of missing a solution if he walks away from an argument every time. Also in a couple diary, in which the couple wrote regularly and from which excerpts were shown, it is Heard who apologizes in several entries for her previous behavior and regrets that the two argue so often.

Amber Heard also commented on a dispute in the Bahamas in December 2015. She accuses Johnny Depp of starting drinking again there. A few times he nodded off with a glass in his hand and poured wine over her. When she scolded him in front of his two children, Lily-Rose and Jack, Depp got angry. He is said to have sexually abused her in her room until she fled to the parking lot. The 58-year-old ran after her and hit her in the presence of some employees.

Asked about the testimony of house manager Tara Roberts, who claims to have seen Depp trying to get out of the argument and Heard begging him to stay, Heard countered, "She misrepresented it to make it look that way." In another recording played to the court, Heard apologizes to Depp for yelling at him about the wine stains and "scaring" then-14-year-old Jack with her freak out. When asked why she didn't mention the alleged sexual assault in the conversation with Depp, Heard said: "That's not what this conversation was about," it just "would have sparked another argument".

Heard should also comment on her and Depp's drug use. The actress has repeatedly testified that her ex-husband turned into a "monster" after using it and that she was afraid of him. The jury was shown an email with the wedding planning. The rehearsal dinner should therefore be followed by "dance party, drugs and music". When asked why she wanted to "do drugs at a wedding with her drug-addicted husband, the monster," Heard replied that the plan was only a draft. She dismissed claims by Depp's defense that she did not support her ex-husband's abstinence by sometimes drinking and using drugs in his company.

In several recordings played to the jury, Heard accuses Depp of fleeing her during an argument. When he asks her in a clip if she could make some "space" for a few hours, Heard calls out: "I'm going to die. (...) You're killing me with it, you're killing me!" In court, she justified her outburst by knowing that Depp only wanted to go into his house to do drugs. She knew what would follow - violence - and only tried to "break this cycle". In an earlier part of the recording, Depp can be heard saying that his daughter Lily-Rose is already waiting for him inside. Also in several text messages, Heard bombards her ex-husband with messages asking him to come home.

Amber Heard was also cross-examined about her 2018 Washington Post comment, which is at the heart of this defamation lawsuit. In the article, Heard described himself as a victim of domestic violence without specifically mentioning Johnny Depp's name. However, he is suing her for $50 million, claiming the post ruined his career, damaged his reputation and cost him a lot of money as a result. On the witness stand, Heard repeated her statement from yesterday that the article was not about Johnny Depp. Rather, it is about the time after she filed the injunction against him and the impact on that. "That was the more interesting part for me, writing about it," she said. But it's not about Johnny Depp.

On Monday, Heard was convicted on the witness stand of lying about her divorce settlement. The 36-year-old admitted failing to donate $7 million to the American Civil Liberties Union (ACLU) human rights organization and Los Angeles Children's Hospital. She had previously claimed this several times, including under oath during Depp's defamation lawsuit against "The Sun" in London. 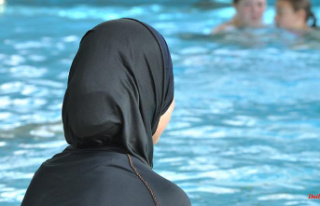 After a push from Grenoble: the French government...