Severe symptoms despite vaccination ?: Why mild Covid courses do not always feel mild

Some people no longer even notice their corona infection. 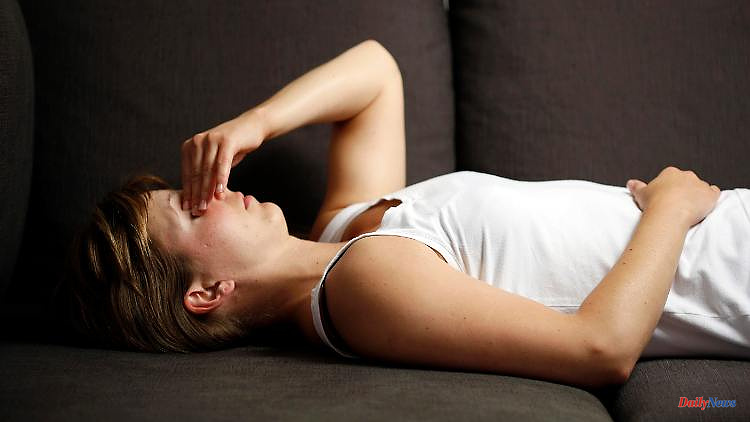 Some people no longer even notice their corona infection. Others, on the other hand, develop severe symptoms despite vaccination and a less dangerous omicron variant. Fever, diarrhea and coughing usually feel anything but mild. In an interview with ntv.de, infectiologist Christoph D. Spinner from the Klinikum rechts an der Isar explains why this is the case, when medicine speaks of a severe course of the disease and how the virus continues.

ntv.de: Many people develop strong symptoms after a corona infection, even though they have been vaccinated three times. Federal Minister of Health Karl Lauterbach also wrote on Twitter after his positive test: "Despite four vaccinations and Paxlovid, I had stronger symptoms than expected." Why is that?

Christoph Spinner: The public has now got the impression that Covid is just a summer flu. That's not entirely wrong in general. But: When we doctors talk about non-serious courses of the disease, we mean by definition that the affected patients do not have to go to the hospital. However, this does not mean that all mild infections are little or even asymptomatic.

So fever, chills, severe headaches and exhaustion are not unusual even with a mild course of Covid and despite vaccination?

These are expected cold symptoms. A complete vaccination, especially if it was done some time ago, does not automatically protect against an infection and the associated symptoms. There are many different factors at play that we cannot control. The virus with the omicron variant has become less dangerous overall, but at the same time evades the immune response better to protect against infections.

What role do the antibodies play?

The number of antibodies only indirectly says something about how well you are protected against infection and possible symptoms. There is no fixed reference value that can be used to predict with certainty that a person will definitely not become infected. However, studies from Israel have shown that people who have been vaccinated four times are more than 50 percent better protected against infection in the first thirty days than those who have been vaccinated three times. However, protection wears off over time, while protection against severe Covid-19 lasts much longer. Unfortunately, the protection against infection from respiratory diseases is only temporary.

The infectious dose of viruses is also important: If you are exposed to a huge amount of viruses, the antibodies available, especially on the mucous membranes, are no longer sufficient to completely prevent the infection. Then the subsequent symptoms are more or less pronounced depending on the amount of virus. This factor plays an important role, but cannot be reasonably predicted or measured in everyday life.

So there is no long-term immunity?

no Unfortunately, with Sars-CoV-2, as with other respiratory diseases, there is no sterile immunity that permanently protects against infection - even if we initially hoped for it. However, every contact with the virus ensures that the immune competence increases further. In March, at least 70 percent of adults had contact with the virus, by now it should have been practically everyone. It is noticeable that hybrid immune people, i.e. those who have been vaccinated and recovered, develop highly symptomatic courses of the disease less frequently. Nevertheless, there are still patients who get sick. This will not change in the foreseeable future either. Quite the contrary: the longer it has been since the vaccination, the more likely it is that the immune system will be lacking and the risk of a severe course will increase.

What does that mean specifically?

For example, we keep seeing people vaccinated twice without a booster vaccination who develop severe Covid pneumonia if they have other risk factors for severe Covid-19 - for example older age, overweight or diabetes. In isolated cases, this still leads to death if the infection is not treated. Doubly vaccinated people are not sufficiently protected against omicron. Nonetheless, immunizations and recoveries have managed to noticeably increase immune competence in the general population. Because the vaccinations continue to protect against severe courses, which have become significantly rarer as a result.

Is this also noticeable in the clinics?

Yes, in any case. Significantly fewer people with severe courses have to go to the hospital. We are currently treating 54 patients with positive tests. Four of them are in intensive care and six in the special Covid ward. Everyone else has a different disease and only an incidental Sars-CoV-2 infection.

Is there data on how many people develop symptoms after infection?

Unfortunately, there are currently no surveys in Germany on how large the proportion of symptomatic and asymptomatic courses actually is. We have a large number of unreported infections because people no longer go to the doctor if a rapid antigen test is positive. But that is also understandable and just as it was done in the past with a real virus flu. If you were sick, you stayed at home.

In order to save resources, it makes perfect sense to focus diagnostics on vulnerable people with a very high risk of severe Covid-19. When using all resources in the healthcare sector, we must also ensure that they make sense. In my opinion, the use of less sensitive antigen tests in the general, asymptomatic population no longer makes sense in the current phase. We have to accept that in the long run we will not be able to diagnose or prevent all Sars-CoV-2 infections with reasonable means. My recommendation would be to focus on particularly vulnerable people with special programs. These then include, for example, intensified vaccination campaigns or early therapy programs.

The vaccines adapted to Omikron are to come onto the market in autumn. Will they be better at protecting against infection?

Any exposure to the virus, whether through booster vaccination or recovery, temporarily reduces the risk of infection. However, it has not yet been proven whether the protection against infections with the adapted vaccines is better than with the current ones. The protection will most likely not be worse.

Do we have to adapt to new, possibly more dangerous variants?

From my point of view, the probability that an even more dangerous variant will emerge, which can also reproduce even better than current variants, is relatively low. To do this, the virus would have to combine properties that make it more dangerous and transmissible. This is very unlikely due to the significantly increased immune competence in the general population. The virus no longer strikes an immune-naïve population. It is more likely that the virus will change slightly over and over again so that it can also spread in a significantly more immune-competent population. One thing is certain: we will have to live with the corona virus! It will stay with us.

1 From the job center: How does an education voucher... 2 Mecklenburg-Western Pomerania: Further search for... 3 North Rhine-Westphalia: AWO: The existence of spa... 4 Saxony-Anhalt: 67-year-old found dead: police are... 5 Baden-Württemberg: firewood as booty: wood thieves... 6 Thuringia: Many criminals are always before the court 7 Saxony: Saxony wants to promote ideas: creative workshops... 8 Saxony-Anhalt: Fragment of the Merseburg cathedral... 9 Saxony: Prisoner does not return after release 10 Bavaria: More children and carers in Bavaria's... 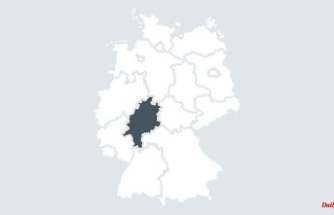 Hesse: According to the state office, the 2022 census is about to be completed 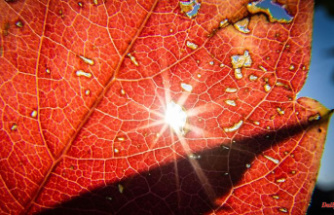 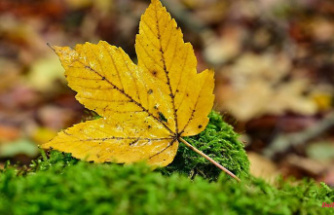 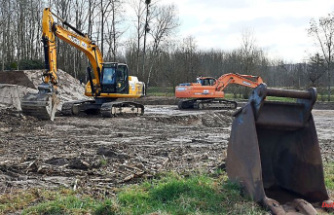 Baden-Württemberg: Göppingen reacts to the crisis: Baur as a coach
BREAKING NEWS From the job center: How does an education voucher...