Sex, violence and royal betrayal: Prince Harry's memoir: what has already been revealed

Prince Harry's autobiography was due out in a few days. 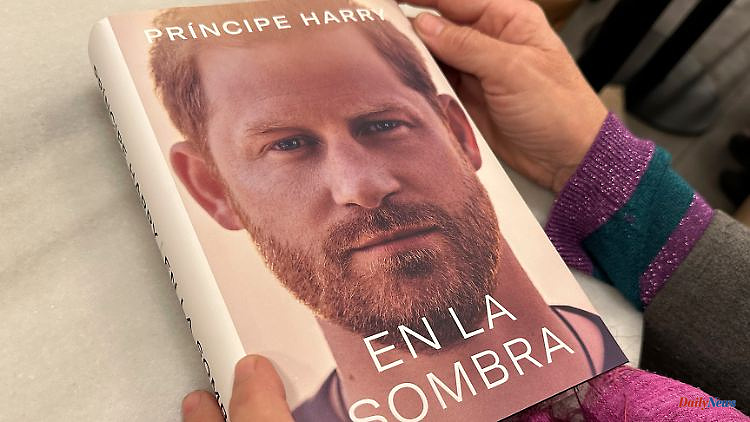 Prince Harry's autobiography was due out in a few days. But in Spain, some get hold of a copy beforehand. The dark and intimate secrets and anecdotes spread at least as quickly as the serious allegations against the British royal family. What does "Spare" say?

Originally, the British royal family would have had a few days of grace before the big bang. Prince Harry's autobiography "Spare" (German: Reserve) with all his allegations against the family should not appear until January 10th - actually. A Spanish bookstore accidentally published the memoirs too early, some journalists got hold of the royal biography and are now revealing their sometimes spicy anecdotes and explosive details. It's about the first time, an evil stepmother and physical violence.

Taken together, the prematurely published stories seem like the basic ingredients of a good soap opera. However, the consequences could be far more fatal. Some warn that Harry could disenchant the British royal family and thus unnerve the entire monarchy. "This institution can only function with secrets and almost complete silence," columnist and television journalist Steve Richards told Sky News. The British newspaper The Times quoted a source as saying: "In general, I think the book will be worse for you than the royal family expects." Everything will be exposed.

Harry raises particularly serious allegations against his brother, Prince William. He once physically attacked him during an argument, as the "Guardian" reported. The trigger was a discussion about Meghan - William called her "rude" and "rough". The situation then escalated until William "grabbed my collar, tore my necklace... and threw me to the ground." Harry visibly injured his back.

In another passage in the book, Harry blames his brother for the failed Nazi costume that William wore for The Sun in 2005. When he asked William and Kate whether he should go as a pilot or as a Nazi, both advised him to wear the swastika, Harry writes, according to the "Page Six" portal. His costume then looked "much more ridiculous" than his brother's. That's what William was all about.

Harry William also accuses his brother's advice not to marry Meghan. He warned him before marrying the American and later did not want her to marry in the same church as Kate and he did before.

rivalries of the brothers

The fact that there is a crisis between the brothers, who were once affectionately called "Willy" and "Harold", is no longer a secret since Harry and Meghan have turned their backs on the family and moved to the USA. However, Harry is only now making it clear how broken the relationship between the two is. William, the heir to the British throne, is his "beloved brother and archenemy," the 38-year-old writes in his book. Asked about it on Good Morning America, Harry said there's always been a competition between them. He believes that was always due to the "heir" and "replacement" situation. "Spare" was what Charles called him after he was born, Harry reportedly claimed.

Fear of "bad stepmother" Camilla and nasty jokes from Charles

King Charles is also part of the book, although he comes off better than Prince William. Harry writes about how, decades ago, he and his brother "begged" their father Charles not to marry his partner Camilla. This is reported by the "Sun" and the "Daily Mail". He feared Camilla as a "bad stepmother". When they first met, Camilla was bored. The meeting was not much more than a formality for her, since Harry, as a non-heir to the throne, did not stand in her way.

Page Six also reports that Harry also writes about his father's "sadistic" jokes in his memoirs. He would often have told stories at the end of which he would hypothetically consider whether he was Harry's father at all. Against the background of the debates at the time as to whether Harry's father was not Charles but Princess Diana's lover, such stories - assuming they are true - would be macabre.

The Ghost of Princess Diana and Coke Attempts

His mother, who died early, also played a role in his relationship with his father in another context: Harry writes that Charles feared that Meghan could have the potential to "dominate the monarchy" and become a second Diana for the public and the press. Today's king was jealous of the attention that Meghan and Harry's sister-in-law Kate got.

Prince Harry not only shares in "Spare", but also gives a deep look. Above all, it becomes clear how much he missed his mother, Princess Diana, as a child. So much so that he even enlisted the help of a woman who claimed to have "special powers," according to The Guardian. He initially recognized that it was "most likely to be hocus-pocus". When he met the woman, however, he felt "the energy around him," and his eyes filled with tears.

"The Telegraph" also reports that Harry writes in his book about having tried cocaine and marijuana several times. He was offered cocaine when he was 17. It was "not much fun" for him, but he had tried the drug several times. Always with the aim of feeling "different".

After all, "Spare" is apparently not only private, but also intimate. This is how Harry describes his "first time" in his autobiography, as the "Daily Mail" reports. Apparently he doesn't leave out a single detail. He had sex for the first time at the age of 17 in a meadow behind a pub. Although Harry does not reveal who he slept with, it was an "older woman" who treated him "like a young stallion". Harry's conclusion: "A short ride. After that she slapped my bum and sent me away." This chapter is titled "Inglorious Episode" in the book.

Harry also uses the memoirs to clear up a very private rumor. There were reports that his mother Diana had forbidden his circumcision. The Duke of Sussex makes it clear: "I was circumcised as a baby." However, these weren't all the details about Harry's best play that are reported in his autobiography. During an expedition to the North Pole, for example, he suffered frostbite - including his penis. These hadn't subsided even at his brother and Kate's wedding.

The time in Afghanistan

With another passage, Harry, who now lives in California, could have put himself in danger, according to experts. According to "Sky News", the prince also reports on his time as a British soldier in Afghanistan. He killed 25 people. "It wasn't something that gave me satisfaction, but I wasn't ashamed either," Harry writes. Elsewhere, he calls the Taliban he killed "chess pieces" -- and that's a source of trouble. "Mr Harry! Those you killed weren't pawns, they were people; they had families waiting for their return," senior Taliban Anas Hakkani wrote on Twitter, accusing the prince of war crimes.

The fact that Harry is not afraid of confessions and serious allegations against his family has long been known since his interview with Oprah Winfrey and the Netflix series "Harry and Meghan". However, the details released too soon make it clear that his autobiography is even more private, even more intimate and in some places even more reproachful. Not even officially out yet, the British media have already made their verdict: this book is little more than 'vindictive', 'calculating' and 'idiotic'. They also reflect the opinion of the British, because the hashtag "ShutUpHarry" temporarily dominates the Twitter charts.

It seems a bit paradoxical what Harry has made public in the past few days. Shortly before the publication of his book, he revealed in an interview with the broadcaster ITV that he not only wanted his father back, but also his brother. However, that should be a long way off at the latest after the publication of numerous secrets and allegations. 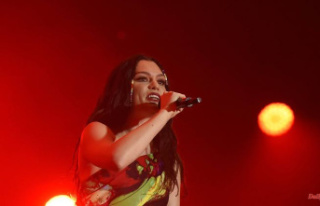