CDU leader Merz attacks the chancellor for what he says is his hesitant policy on Ukraine. 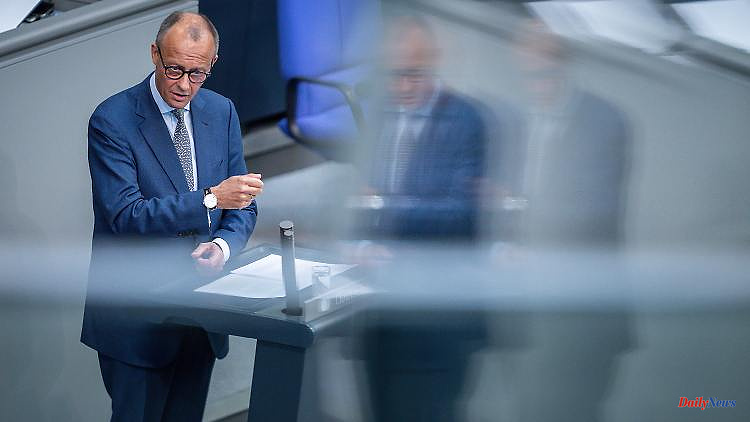 CDU leader Merz attacks the chancellor for what he says is his hesitant policy on Ukraine. However, he saves the toughest attacks for Economics Minister Habeck. You could see how "helpless" he was on television last night.

Union faction leader Friedrich Merz has accused the federal government of failure in the energy crisis. "Stop this madness while we have the time," he called out to Chancellor Olaf Scholz, referring to the shutdown of the last three nuclear power plants.

Merz leveled the sharpest criticism at Federal Economics Minister Robert Habeck. When it comes to economic policy, the federal government lacks "any ability to think politically and strategically". Scholz should have set up an "Energy Security Council, or even better a National Security Council" to bring the issue to the Chancellery.

With this, Merz called on the chancellor to remove Habeck from power: "In such an existential crisis, Scholz could not in all seriousness leave the "highly complex issues of energy policy and security of supply" to a federal economics minister who, as we see again and again, can put it nicely who we are allowed to watch thinking again and again, but who is quite obviously surrounded in his party and his apparatus by environmental policy lobbyists, who will destroy everything that even has a reasonable chance of success in getting this crisis under control". Alluding to his appearance on the TV show "Maischberger" the previous evening, Merz said how "helpless" Habeck was in these questions could be seen on television last night.

With these allegations, Merz triggered loud heckling in the traffic light groups. There was initial unrest in the plenum when the CDU leader said that Germany's dependence on Russian gas was "not solely" the responsibility of this government - as is well known, the CDU led the government under Chancellor Angela Merkel until 2021, including three legislative periods with SPD participation.

Merz further criticized that Habeck's decision to run the nuclear power plants in the emergency reserve instead of extending the runtimes might calm the green base. But the truth is that this will damage the economy. Nobody in the Union wants to go back to the old nuclear energy "which we ended in Germany in 2011". Merz replied to heckling: "All the ignorance on this subject is written all over your face when you speak from this point." Outside of Germany, one asks whether the Germans have gone mad to shut down the last three nuclear power plants in this situation.

Merz again called for the gas surcharge to be lifted because it drives up inflation and puts a strain on private households and companies. Instead, the gas importers should be placed under a government protective umbrella, “like we did during the financial crisis and with some companies during the Corona crisis”. The instruments are there, but the coalition wants to "bang its head against the wall".

Merz only praised individual points of government policy, for example that pensioners would now also be taken into account in the planned relief - the traffic light corrected an error here. Overall, however, he described the coalition resolutions on Sunday as completely wrong: "Seriously, Mr. Chancellor, 300 euros for each household. You and I are also getting this transferred these days. Do you need that? Do we need that? Or is there maybe in this country households with an average income of maybe 1500, 1600 euros net, which would have needed 1000 euros instead of all 300?"

At angry heckling from AfD MP Beatrix von Storch, Merz said she shouldn't get upset, "the parliamentary doctor is there, if you want, go right away". In a more serious tone, he added that if the AfD wanted to make the current problems the subject of clashes on the streets, "then we will confront you with everything we have and, if necessary, with everyone else here in Parliament. We won't allow you to destabilize this country with your policies!"

Merz also sharply criticized the traffic light and especially the Chancellor with regard to security and Ukraine policy. Scholz is not keeping his promise to provide the Bundeswehr with more than two percent of GDP for investments every year from now on. The Bundeswehr budget should have increased year by year, instead Scholz cut the budget by 300 million euros. "Mr. Chancellor, unfortunately we have to say that we cannot trust the promises you have made."

In addition, the federal government "is not complying with the clear request of the German Bundestag of April 28 to supply Ukraine with sufficient heavy weapons". Merz approvingly quoted the political scientist Herfried Münkler, who had said that Russia must be forced into negotiations by military failures. He would have expected such clear words from Scholz, so the chancellor would have "taken the lead". The reluctance to help Ukraine is one reason the war is lengthening.

1 Labor law question: How long can a trial work last? 2 Daily and fixed-term deposits: This is where the most... 3 Problem with late desire to have children: Women are... 4 Hesse: Highest average income in the Hochtaunus district 5 Hesse: Hessian state railways continue to expand 6 North Rhine-Westphalia: Stadtbahn railcar jumped off... 7 Baden-Württemberg: Constitutional Court examines... 8 Baden-Württemberg: Seriously injured found: Investigation... 9 Saxony-Anhalt: More applications for the recognition... 10 Baden-Württemberg: Wallaby Hailey who has escaped... 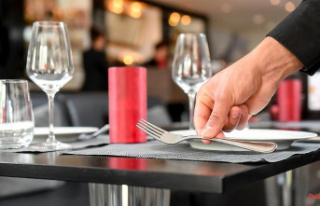 Labor law question: How long can a trial work last?