On June 14, "Princess Charming" will enter the second round on RTL. 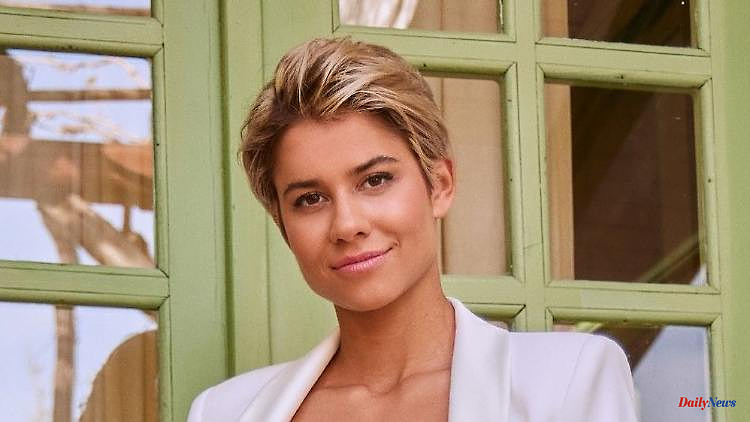 On June 14, "Princess Charming" will enter the second round on RTL. This time Hanna Sökeland from Hanover is looking for her great love. In Greece she will meet 19 single women and hopefully find the right one. But the construction manager has another goal with her participation. In an interview, the 28-year-old reveals that she would like her mother to understand her better. The show could help her understand how "something can happen between women, too."

Why did you decide to search for true love as Princess Charming on TV?

Hanna Sökeland: In the beginning I actually applied more for fun, to see if I could get in. I didn't have many expectations until suddenly the castings came. Then it all started and I took it more seriously. I didn't go in at first with the goal of being the princess, just a candidate in the mansion. At some point the question arose whether I wanted to be the princess. You can't say no to an offer like that.

Sometimes it's nice when it's just about one person, isn't it?

Yes, but at the same time I'm not used to getting so much attention. I've never been the person who likes to be the center of attention. That was quite an achievement for me. Also, I've never liked being photographed. That's why I was very surprised that I got along relatively well with the cameras.

How did those around you react to taking part?

Some of my friends and family were very surprised and of course happy. My siblings in particular were and are excited and happy for me. I got a lot of positive reactions.

Did you learn something from your predecessor or from the princes?

I haven't. I saw the first season of "Princess Charming" when it came out. When I found out that I was the princess, I deliberately stopped watching because I didn't want to go to the show with any expectations. Otherwise you start worrying.

Did you still have fears or concerns before starting?

Yes, of course. I was afraid of what it would be like to be in front of the camera, whether you could switch off and be authentic. Of course you're afraid if you're not used to something like that. Also, I was scared of what it would be like to make those decisions. The decisions about who stays in the villa and who has to leave were a very big challenge for me and actually the most difficult thing.

In the past season, some candidates have come closer. Would that bother you in your season?

No, that wouldn't bother me. If there are two people there who are comfortable and in love with each other, then if I were a contestant I would probably do the same and walk off the show with that person. Then I would hope that the Princess would accept that. If someone doesn't feel comfortable with me or I'm not the right person, why should I force anything?

Why is the representation of queer dating on TV so important to you?

It's important to me because we've only had this one format so far. And it's only fair that gay people can show themselves on TV too. It is important that many people notice this and that it is normalized. It shouldn't be portrayed as extreme. People should understand that women can fall in love with women and men with men. I think a lot of people in the straight scene just don't get that. It is important that no distinction is made between people.

In the first season, a bisexual contestant feared she would not be well received by lesbian women. What do you think?

I have to say that I don't actually have that feeling. When I went to gay parties, there weren't just gays and lesbians, there were lots of heterosexuals and transsexuals. Everyone was accepted and accepted and you could celebrate and have fun as normal. If as a lesbian or bisexual I expect to be accepted, then I should accept others as well.

They say about themselves that they are "pretty exhausting". What does your future partner have to adjust to?

They like motorcycles and fast cars. Should that be a commonality?

It doesn't have to be something in common, but of course it would be nice if it was like that. I like driving a lot. If I have a partner who likes to accompany me in the car, then that's nice for me too, because I don't like being a passenger. I love motorcycling, but if the person is afraid, that would not be a criterion for me not to get to know them further. Everyone has their own hobbies.

How did you experience your coming out?

I actually didn't have a real coming out. I had my first girlfriend when I was 16 and didn't have to explicitly explain to my friends that this is my girlfriend now. That was self-explanatory and everyone understood it. My siblings took it up right away and understood it. It was more difficult with my parents because my mother was brought up very strictly Catholic. I never came out to my mother because I knew that this topic was uncomfortable for her. That's why we didn't talk much about it. She eventually accepted my friend, but it wasn't specifically addressed as an issue, which is a real shame when you really want to be open about something like that. But sometimes you have to understand that there are people who were raised differently. I definitely have to give my mum a little more time and hope that at some point we'll get to the point where we can talk about it completely openly.

Do you have the feeling that older people generally have more difficulties with the topic?

Unfortunately, that's how it is. However, there are also many that surprise me. It's difficult to deal with when you feel like you're not being accepted for who you are. And that also gives you the feeling that you are not loved the way you actually are. In the end it doesn't matter to me because I know that my mother loves me more than anything and will do anything for me. But she's not coping with my sexuality right now and I can't talk to her about it. That is of course a total shame. But that's something that can develop over time and so you have to work on it somehow.

Do you think your mother thinks differently after "Princess Charming"?

It may be that through "Princess Charming" she realizes how things can also arise and happen between women. Of course it would be nice if there was more understanding. 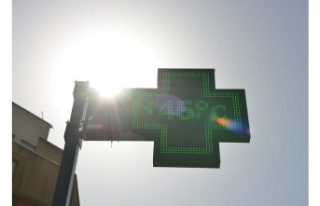 Weather report. Heat wave: Do you know your department's...