The call for more sustainability now seems to be answered by the Royals. 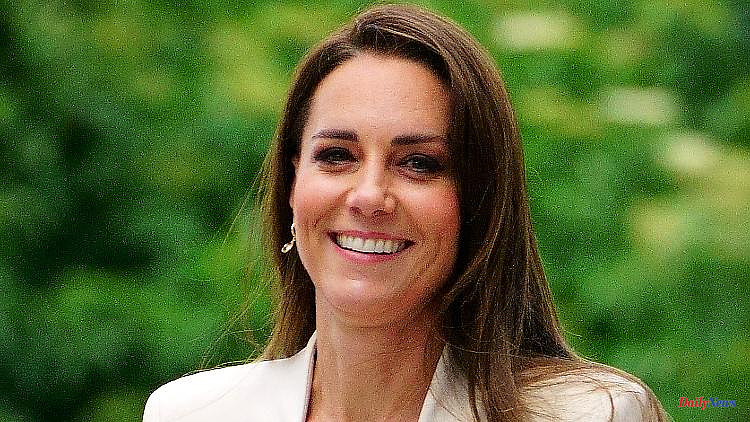 The call for more sustainability now seems to be answered by the Royals. In any case, Duchess Kate is spotted doing a scheduled flight with her children Charlotte and Louis. Meanwhile, it is also revealed that she and Prince William will be moving to Windsor.

Prince William, Duchess Kate and their three children, Prince George, Princess Charlotte and Prince Louis, will spend the remainder of the summer holidays with Queen Elizabeth II in Balmoral, Scotland. To get there, Kate, Charlotte and Louis boarded a scheduled flight to Inverness with nanny Maria Borrallo and members of the security staff. The royal group actually traveled in economy class.

A Tiktok user spotted them and shared a clip of the family on the platform. In the video, the mother of three can be seen exiting the plane with her daughter by the hand. Borrallo holds Louis by the hand. Then everyone is said to have gotten into waiting vehicles and roared away.

"On a flight to Scotland, Kate Middleton, both children, nanny and security two rows in front of me," the Tiktok user commented. "Could take a private jet or helicopter but they keep it simple and fly economy," he added.

Speaking about the flight itself, the user said: "Kate even got up halfway through the flight to get her daughter's iPad. And yes, she was stunning, even giving me a smile while looking at the row behind her to speak to her son." It was just a mom who took her kids on vacation to see her grandmother.

In the clip, Duchess Kate shows off a practical yet sophisticated travel ensemble, consisting of a sage-green linen-look midi skirt and a khaki blazer. In addition, she combined a practical, cream-colored shoulder bag. Her shiny brunette hair fell over her shoulders in natural waves.

However, there is no mention of William and George. It is believed that the father of the family traveled to Scotland separately with the eldest child.

Balmoral, the Queen's idyllic residence, is situated in the Scottish Highlands. It has been a tradition for the Royal Family to vacation here since Queen Victoria (1819-1901) acquired the beautiful property. Elizabeth II also visited the estate as a young princess, as a young mother and later as a monarch. The approximately 50,000 hectares include mountains, rivers, lakes, forests and gardens.

As far as their permanent residence is concerned, William, Kate and the children will now live much closer to the 96-year-old Queen. Kensington Palace has confirmed rumors that have been circulating for months about an impending move to Windsor, where Elizabeth II now resides almost exclusively. George, Charlotte and Louis will then go to the private Lambrook School near Ascot in Berkshire.

The decision was made by William and Kate with a view to their children, the British news agency PA quoted an unnamed informant as saying. The offspring should be able to lead as normal a life as possible. The Kensington Palace, where the Cambridges have been at home so far, resembles "a little bit of a goldfish bowl". Nevertheless, it should remain as a working residence for the couple. Williams and Kate's country home in Norfolk, east England, will also remain.

1 (Almost) an interview with kangaroo: Conspiracy myths... 2 Ronja Forcher aka Lilli Gruber: The "Bergdoktor"... 3 Sophisticated folding smartphone: The Samsung Galaxy... 4 Energy talk at "Hard but fair": Dürr sees... 5 Car thieves steal cell phones ?: Jauch desperate for... 6 Warentest makes the household: These tumble dryers... 7 Comparison with gas: How much cheaper is heating with... 8 After separation: who can stay in the apartment? 9 Partial retirement and Co.: Early retirement must... 10 Triumph bike with travel ambitions: Tiger Sport 660... 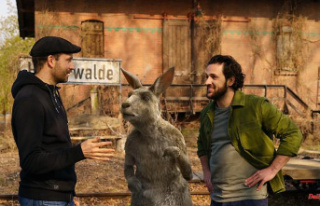