Shireen Abu Ala: US releases results of test on the bullet that killed reporter

The US claims that the bullet that killed the journalist from Palestine was too damaged to allow them to determine if it was Israeli gunfire or Palestinian gunfire. 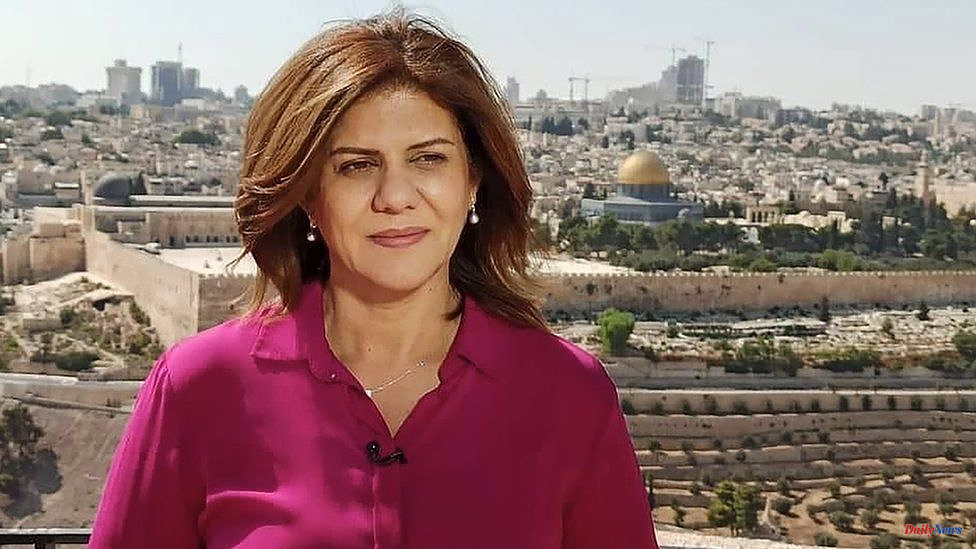 The US claims that the bullet that killed the journalist from Palestine was too damaged to allow them to determine if it was Israeli gunfire or Palestinian gunfire.

However, both sides came up with different conclusions that led the US to conclude the Israeli forces likely fired the shot that killed Shireen Abu Al-Aqla.

The death of the veteran Al Jazeera reporter caused shock and anger across the globe.

Palestinians accuse Israel of being a problem, but Israel insists that the truth cannot be established.

After insisting on Israel's exclusion, the Palestinians handed the bullet to the US Embassy in Jerusalem on Saturday.

The bullet that killed Abu Aqla was not released by the Palestinians until then. She was covering an Israeli operation at Jenin in the occupied West Bank on 11 May. During which Israeli forces clashed against Palestinian gunmen,

Israel previously claimed that it had identified the weapon of a soldier who might have fired fatal shots. The military however stated Monday that it was impossible to determine the bullet's condition.

Israel also stated that it could not be excluded that Palestinian militants may have shot Abu Aqla. However, the UN's human right office as well as eyewitnesses, journalistic investigations and eyewitnesses have all concluded that Israeli soldiers were to blame.

According to the Israel Defense Forces (IDF), the analysis of the bullet was done in Israel under the supervision of the United States Security Coordination for Israel (USSC) and the Palestinian Authority (USA).

The US state department stated in a statement that they had not been able to determine which side fired the fatal shot despite an "extremely thorough forensic analysis" of the bullet.

Abu Aqla died from "gunfire from IDF posts was likely to be responsible", but the USSC said that it had no reason to believe this was an intentional act, but was instead the result of tragic circumstances.

Hussein al Sheikh, a senior Palestinian official, reacted furiously to the statement and accused the US of not holding Israel accountable.

He tweeted, "We won't allow attempts to hide the truth or have shy references in pointing out the finger at Israel."

Abu Aqla's family stated that it was "incredulous," that the US couldn't determine which side fired the bullet.

According to the IDF, its own investigation into "the tragic incident... determined conclusively that no IDF soldier intentionally fired at Ms Abu Aqla". The IDF stated that it would make a decision about whether to open criminal investigations after the completion of an "operational examination".

Benny Gantz, Israel's Defense Minister, stated in a video that the defense establishment is "committed" to uncovering truth but that terrorists operating from within the population centers are "the first to take responsibility for such events."

Shireen Abu Aqla was 51 years old and was one of the most respected and experienced correspondents in the region.

She was wearing a protective vest that had the word "Press" printed on it, as well as a helmet, when she was attacked by Israeli soldiers near a road.

After a series of deadly attacks on Israelis by Palestinians, the IDF claimed that its troops went into Jenin to arrest "terrorist suspects". Two of them were from Jenin.

1 Newby Hall: A naked man approaches women at a stately... 2 Why Labour's leader made peace with Brexit 3 Climate change: A 'Sand Battery' could be... 4 Due to illness, Guns N'Roses cancels Glasgow... 5 Scotland: Traffic queues caused by fuel protests 6 "We have to break them": Zelenskyj wants... 7 Finally there with Galtier?: PSG probably has a new... 8 How America's Supreme Court is changing America 9 NHS trial using drones for chemotherapy drugs 10 Devastating floods: 50,000 Australians to flee water 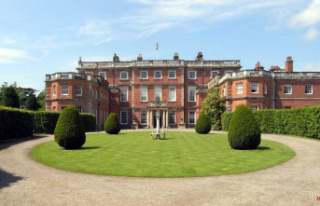 Newby Hall: A naked man approaches women at a stately...