Authorities announced Tuesday that the seven murder charges against the young man who opened fire at US National Day celebrations in Highland Park (near Chicago), Illinois have been filed.

Authorities announced Tuesday that the seven murder charges against the young man who opened fire at US National Day celebrations in Highland Park (near Chicago), Illinois have been filed. He could spend his entire life in prison.

Robert Crimo (21), could face "dozens more charges centered around each of the victims," Eric Rinehart, Lake County attorney general, stated. He said that if he is found guilty, he may be sentenced to life imprisonment without parole.

Christopher Covelli, a cop, said that the attacker had been prepared for weeks and used a "powerful rifle comparable to an AR-15" in his attack to fire randomly at the crowd from the roof of a building.

Robert Crimo "dressed like a woman" in order to conceal his identity. He may have also worn a long hair-wig to cover his face tattoos.

According to a Tuesday police report, Bobby fired 70 shots, injuring 35 and killing seven others. Irina McCarthy and Kevin McCarthy were among the victims. Their 2-year-old boy Aiden was taken to safety by locals.

Tuesday's main street in this wealthy suburb of Chicago was frozen for the first few minutes of shooting. There were many objects left behind in the chaos of Monday, including a stroller, tricycle, and folding chairs.

Blue hearts are mounted on small, white poles in front of a church. The names of those who were killed in the shooting are displayed in the middle. On Tuesday evening, residents of the town wrote a note about their hearts that would then be sent to the families of those who were missing. Susanna Calkins, a resident, says that she is all "devastated" in front of the temporary memorial. She said she is engulfed in "disbelief but also resignation: these events happen again and again." It's here this time, it's ours.

Dr. David Baum, a doctor who was involved in the rescue operations on the scene of the tragedy, gave testimony to CNN about the horror of it. He referred to victims as "exploded" or "gutted by the bullets.

Christopher Covelli stated that the shooter, originally from Highwood in a nearby community, was identified through surveillance video and the tracing of his legally purchased weapon. According to the police officer, the young man attempted suicide in April 2019. He was then followed by a doctor.

After being warned that he was going to "kill everyone", officers arrived at the family home in September 2019. The police seized 16 knives, a knife and a sword. Christopher Covelli highlighted that he was not arrested as no one had filed any complaint.

Images from the suspect's Twitter account show him with a flag supporting former Republican President Donald Trump on one side.

Nancy Rotering, Highland Park Mayor, told NBC she met the young man when he was a Boy Scout. And you wonder what happened. How is it possible for someone to become so mad and so hateful while just enjoying a day with their family? She said, " The city councilor described the "incredible sadness and shock" that struck the city.

A series of shootings that took place in Texas on May 24th, which resulted in the deaths of 21 people including 19 children, is still affecting the country. Gun Violence Archive data includes suicides. More than 22,500 people have been shot to death by firearms since the beginning of the year. In six months, there have been more than 300 mass shootings.

On Tuesday, President Joe Biden directed flags to be reduced to half-mast in public buildings. Recent political success was his ability to get Congress to approve a law that would regulate the sale of arms, which is nearly 400 million in America. 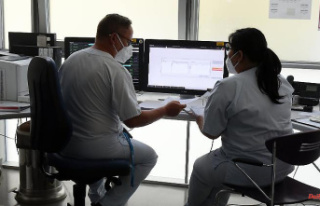