Andrew Morton is familiar with the British royal family - he once heard Princess Diana's confession. 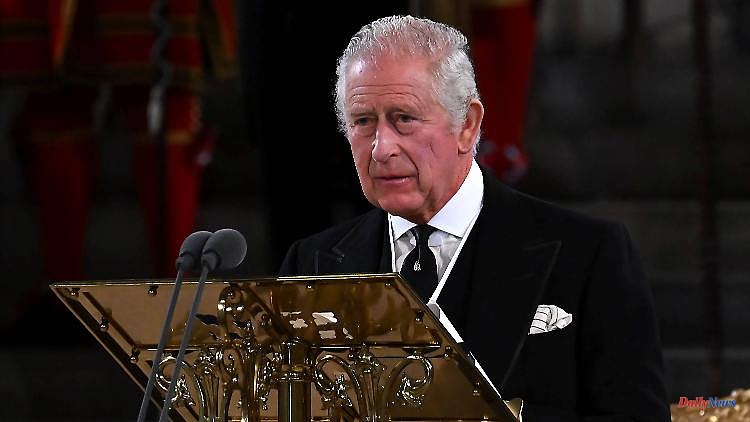 Andrew Morton is familiar with the British royal family - he once heard Princess Diana's confession. The new King Charles III. he trusts a lot. But he also knows about his emotional reaction to the Queen's death.

For four decades, 69-year-old Andrew Morton has been considered one of the most accomplished connoisseurs of the House of Windsor. In an interview with "Stern", he predicts great opportunities for the new king, but sees the kingdom and the Commonwealth of Nations facing major upheavals.

"It is clear that Queen Elizabeth's death will now spark debate," says Morton. "There will be debates in Australia, in Canada and in some of the Caribbean countries as to whether Charles should remain head of state or whether they want their own." The journalist states that the new King Charles III. great skill. “He seemed very confident to me. In general, everything he has done since then is exemplary – including stretching out his hand to Meghan and Harry.”

Morton also referred to the Queen's death anniversary: ​​"Only Charles and Princess Anne had made it to Balmoral in time to sit at the Queen's deathbed." His daughter then met Prince Charles on his tour of London: "She saw his red eyes and that he had clearly been crying."

Morton sees the accusation that the royal family is racist as unjustified. "There is nothing to suggest that, there is no proof, not even a concrete indication," he says, accusing US TV presenter Oprah Winfrey of not having questioned the allegation in an interview with Duchess Meghan. "I think it was Oprah's oversight that she didn't ask. Anyone who knew the Queen personally says clearly that race never mattered to her for one very simple reason: as the head of the Commonwealth, it simply was their duty to be above race and class."

He is also highly critical of the sometimes hateful comments by postcolonial activists who wished the queen a painful death. "Britain and the British Empire were far from being a perfect empire," Morton said. Some military actions, particularly in the 1950s against the Mau Mau in Kenya, "with indiscriminate bombardments of the population would be considered war crimes by today's standards. But that provides no justification for berating a head of state in this way."

1 Long line in front of the cathedral: thousands in... 2 Pianist with three Grammys: Jazz great Ramsey Lewis... 3 "The Lion's Den": The wheel has been... 4 Offensive in the east: Ukrainian experts see "the... 5 Minister of health in Israel: Lauterbach wants to... 6 All devices get along: Matter is supposed to revolutionize... 7 Weeping mothers, conquered tanks: the powerful images... 8 Request to remove Putin: "We are showing that... 9 After Schlesinger's dismissal: Kai Gniffke will... 10 Eleven-Day Britain Tour: How The Queen's Body... 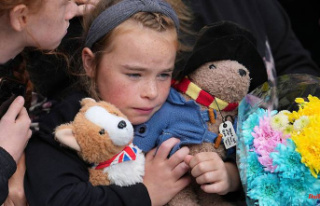 Long line in front of the cathedral: thousands in...