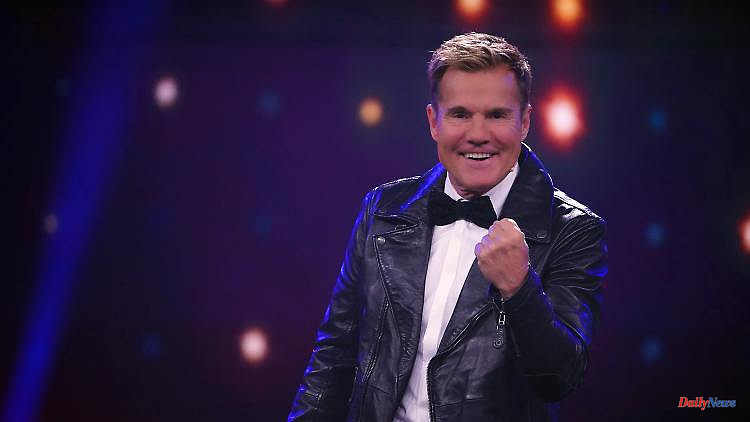 Last year, Dieter Bohlen and RTL parted ways after almost 20 years together. Florian Silbereisen moves in as a "Germany is looking for the superstar" juror and tries to be more friendly. But now the pop titan is returning as the head of the jury.

It's been a good 16 months since RTL terminated its collaboration with Dieter Bohlen as head of the jury for "Deutschland sucht den Superstar" – that's over now. Those responsible bring the modern-talking star back to the casting show. At the same time, the broadcaster announces that the 20th season of "DSDS" will be the last.

RTL presenter Frauke Ludowig met the pop titan on Mallorca, where he became emotional: "Dieter comes back to DSDS and RTL. And back to my team, my family in general. Seeing them so rarely, that was tough." Bohlen compared his DSDS break with a good marriage, in which there can also be a crisis. "Everyone knows that when you've been married for 20 years, there are situations in which you have different opinions. But then you don't have to get divorced right away," said the 68-year-old.

The DSDS season 2021 was the first after 18 years without the modern talking star. A fact that hurt Bohlen – so much that he didn't even follow the past season. "I have to be honest, I didn't look for a second. It just hurts," said the pop titan.

With the 19th season, they wanted to "fundamentally develop the format and set fresh impulses," it said at the time. In addition to Schlager presenter Florian Silbereisen, RTL hired the German-born and Los Angeles-based music producer Toby Gad, who worked with Beyoncé, among others, and the Dutch musician Ilse DeLange, many from the shows "Sing my song" and "Let's Dance " known. This jury will not continue its work, said RTL. With Florian Silbereisen, however, new, independent program formats are being developed.

RTL entertainment boss Markus Küttner: "DSDS with Florian Silbereisen, Ilse deLange and Toby Gad was fresh, exciting and gave us a lot of pleasure. My big thanks go to all three who enriched the show with their great music expertise and their sense of musical talent. I'm really looking forward to continuing to work with Florian Silbereisen."

"After two very successful decades, we will celebrate the show one last time. And Dieter Bohlen must not be absent from the grand finale," said Küttner. "We have changed a lot at RTL, we stand for positive entertainment and we are sticking to that. We will now prove that together with Dieter Bohlen on 'Deutschland sucht den Superstar'. We are very happy that he is there. It is as usual among friends: sometimes a break is good. Together we will make a big, exciting, positive last DSDS season in the coming year.

It is certainly not the worst decision for Dieter Bohlen to return to his professional home port. Although he had announced after the end that he wanted to return soon with something "completely new". Except for a commercial and regular Instagram videos, not too much happened. After all, musically there was actually something new from him. However, that was only a bit new: together with ex-“DSDS” protégé Pietro Lombardi and Katja Krasavice, Bohlen released a modified version of the modern-talking classic “You're My Heart, You're My Soul” in early May.

Now the journey together with the anniversary season of the mother of all casting shows continues. Next year, Harry Laffontien's successor, who won the final in May, will be determined. It is already clear that many a candidate will then have to dress warmly and prove a thick skin in order to survive in front of Bohlen. The moderator: "If music is the thing in your life for you, please apply pronto, pronto. It's the last time you can sing in front of the great master."

All previous DSDS seasons are available for streaming on RTL.

Anyone wishing to apply to participate can do so here.

1 Brave healthcare system: Queen awards NHS with George's... 2 Sexist Ballermann hit ?: Buschmann: "Layla"... 3 Study examines causes: Is the danger of Long Covid... 4 Nothing for eternity: Volvo XC90 Recharge - Luxury... 5 'We did what he said': Trump supporters... 6 Kick-off in Israel: Biden visits the "Middle... 7 Checking milk alternatives: how good are oat drink... 8 Five providers "very good": Which digital... 9 Energy center of the e-bike: this is how the battery... 10 Boomers versus "Gen Z": Resolving generational... 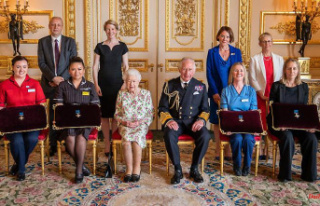