"Sing my song" - Round 7: Johannes Oerding is only human

Always in a good mood, always down to earth and always able to deliver really rough: Host Johannes Oerding doesn't lose his composure so easily. 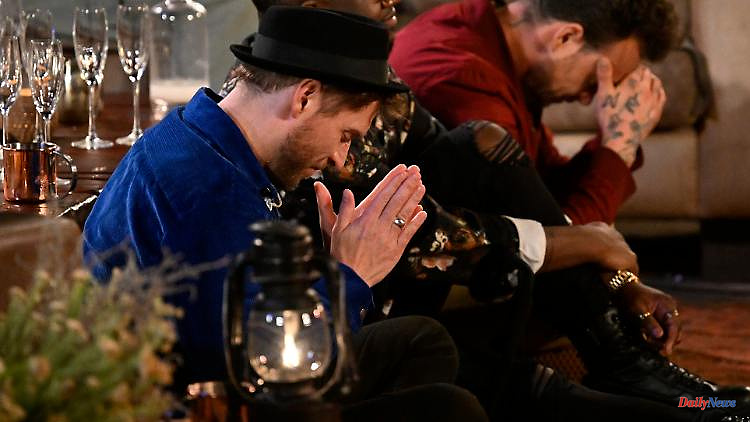 Always in a good mood, always down to earth and always able to deliver really rough: Host Johannes Oerding doesn't lose his composure so easily. In the last "exchange concert" episode before the duets, the time has come. The hit guarantor with the hat gets glassy-eyed.

After many tears, more group hugs and a never-ending roller coaster ride of emotions, this year's "Swap Concert" tour group is heading towards the home stretch. Before the final duet bash, the host of the whole thing can sit back and relax for a moment. Johannes Oerding, "the slightly overwhelmed class teacher", always shines and impresses with a calm mind and a deeply relaxed attitude mix of coolness and passion. Even when the colleagues kneel and lay a sea of ​​red roses in front of his feet, the native of Münster remains largely relaxed: "How can you always stay so cool?" Colleague Clueso wants to know.

The format host, who his friends like to call "the caretaker", refers to his rocky career and a down-to-earth upbringing. Only with his third studio album "Für Immer Ab Now" did the songwriter make it into the national album top ten. In the many years before that, Johannes Oerding dragged himself through many a deep valley.

Even at the end of what is now his third "swap concert" performance (once as a candidate, twice as host), the passionate Beatles fan does not let his cards be looked at - at least not until the appearance of his buddy Clueso, who is leaving the old Oerding- jewel "Im February" from the archives.

After a smooth show gallop with brilliant ball pool pop (Vincent Stein and Alexis Kopplin transform the tender "Between Man and Child" into a danceable festival anthem), another hardwood board from Jansen ("Anfass") and a After Lotte's mystical anti-apocalypse statement ("Alles Okay"), Johannes Oerding is suddenly confronted with dark memories. The song chosen by Clueso catapults the author back in time and tears open a scar that has not yet fully healed, even after many years of reappraisal.

In the song, Johannes Oerding deals with the accidental death of his best friend: "I haven't played the song for ages," the singer sighs with glassy eyes. The somewhat spiced up version of Clueso takes Johannes Oerding badly, so that tears flow at the end after the last cymbal hit. The always professional and "extremely cool" Johannes Oerding lets his feelings run wild: "Thank you for this great gift!" the visibly agitated singer sobs while burying his head deeper and deeper in his colleague's arms.

Johannes Oerding is only human. The realization that the eternal rock in the surf cannot withstand every wave makes the host even more likeable. However, the moment of opening must not last too long. No sooner had the tears dried than Johannes again mimed the "carer" who kept his listeners happy with funny stories about Tokio Hotel and an ever-convinced producer named Peter Hoffmann.

The evening of farewell leaves big marks on everyone present. With Kelvin on the couch you can listen to bubbling melancholy ("Stowaway"). Elif and the guitar then go one better. Everyone squats devoutly in front of the sofa and sniffs to themselves. "Everything's on fire," Elif breathes into the microphone. After the last chord, almost everyone in the group has red eyes.

The last "Protea Brutalis" goes to Clueso. Earned. Now it's time to lick wounds and mobilize the final forces. After the last single performance is finally before the duets. That could be really big and emotional again. 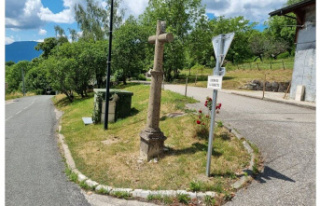 Verel-Pragondran. The sidewalk of discord