Well, I know them! Some will certainly think so when they see the new "Bachelorette". 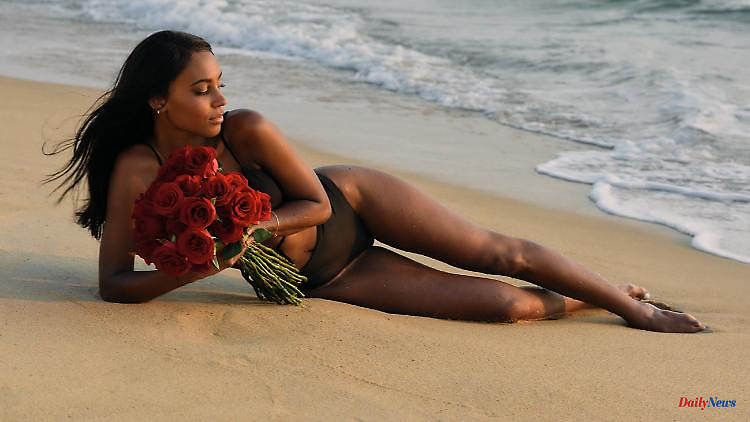 Well, I know them! Some will certainly think so when they see the new "Bachelorette". Finally, Sharon Battiste worked on "Köln 50667" until mid-2021. But now she's becoming a Rosenkavalierin and relies on one thing above all: humor.

The summer can come. Because now it is also clear who will slip into the lead role in the ninth season of "The Bachelorette" from June 15 on RTL (also available on RTL). It's Sharon Battiste, 30-year-old and 1.74 meter tall model, born in Flörsheim am Main and living in Cologne.

Speaking of Cologne. Some people who spontaneously recognize Battiste are likely to associate them with the cathedral city. She worked in the daily soap "Köln 50667" for around three years before quietly leaving the format in mid-2021. In the series she embodied a former prostitute named Clara Borkmann aka Bo.

But now, in real life, Battiste is trying to find real and possibly great love. But it is also about time for them. It's been eight years since your last real relationship.

"I think it's going to be the craziest thing I've ever done," says Battiste, looking forward to meeting 20 guys in Thailand who want to win her heart. However, if you want to score points with the new "Bachelorette", you should have a few basic qualities: that certain something, charm, team player qualities and humor. "I think I'm the funniest bachelorette yet," Battiste says of herself. So Mr. Right should be able to keep up with her sense of dry jokes.

Bonus points are also collected for those who cut a fine figure on the dance floor. The "Bachelorette" herself used to be active in garde and show dance, but today she prefers to dance to hip hop and electro sounds. It goes without saying that her dream man should also be able to take the initiative, show feelings - and, last but not least, kiss well. "A kiss reveals a lot and it has to be right, right?!" Battiste asks the room as a rhetorical question.

Her family is very important to the trained office clerk with almost 134,000 Instagram followers. Her mother calls her her best friend. After a few years of radio silence, she has since reconciled with her Jamaican father, who lives in England. So there should be no way around the parents of the "Bachelorette" for the gentlemen who are fighting for the very last rose.

After all, she also wants to show her vulnerable side in the RTL format and be accepted with this by the future man at her side, emphasizes Battiste. Despite her extroversion and openness, she is often emotional and thoughtful. Because she has been suffering from circular hair loss for some time, she keeps reinventing herself with wigs. A liberating feeling, with which she also wants to encourage others who are affected, they say.

So Battiste is not lacking in self-confidence. She feels she has arrived and is at peace with herself, she explains. In other words: your very personal journey of love can begin.

1 Scandal from 2016 continues to have an effect: Outlaw... 2 "We need guys like that": Harald Schmidt... 3 "Things said about me": Süle counters Hoeneß'... 4 "Tragic accident": Four-year-old girl found... 5 A maximum of 598 MPs: Traffic lights plan to downsize... 6 "Only because of the money": Anouschka Renzi... 7 Ukraine lacks night vision devices: Moscow relies... 8 Are filming allowed?: How prisoners of war must be... 9 Film festival opened: Germans mix up the red carpet... 10 World Weather Organization worried: Four indicators... 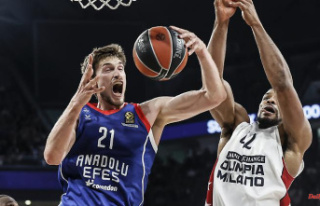 Scandal from 2016 continues to have an effect: Outlaw...