Sixteen hours under the hull of a boat: the miraculous rescue of a French skipper in the Atlantic

“A rescue at the limit of the impossible”. 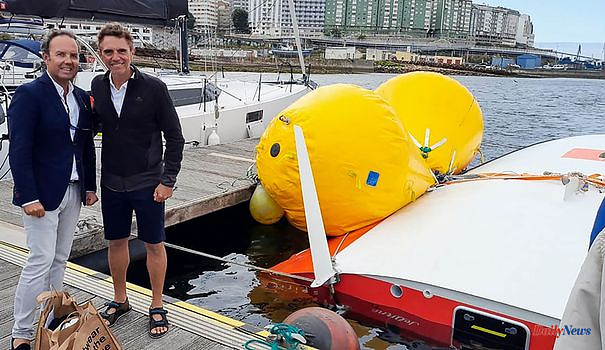 “A rescue at the limit of the impossible”. This is how "Salvamento Marítimo" (the Spanish sea rescue service) described on Facebook the rescue, on Tuesday, of the 62-year-old sailor from Marseille, whose boat had capsized the day before in the Atlantic, in the middle of a qualifying course for the Route of Rum 2022.

According to "Salvamento Maritimo", Laurent Camprubi was 14 miles (22 kilometers) from the small Sisargas archipelago, off Galicia (northwestern Spain), when he triggered his distress beacon at 8:30 p.m. Monday ( 6:30 p.m. GMT).

Searches were quickly launched, which made it possible to locate his sailboat, the "Jeanne Solo Sailor", tossed by high waves and plunged into darkness, according to information provided to AFP on Thursday by the rescue service.

It was "the keel upside down" and there was "no trace of its occupant", explains "Salvamento maritimo", which dispatched a ship and three helicopters to the scene supported by a merchant ship.

One of the rescuers, dropped by a helicopter on the overturned sailboat, hit the hull. He perceived "return blows", which made him understand "that there was a person trapped inside".

Several other divers then joined the sailboat. There were "screams and blows" on the hull and "the emotion soared", explained two of them, Antonio Gómez and Andrés Pita, quoted by "Salvamento Marítimo".

According to the skipper of the rescue vessel, Rodrigo Piñeiro, the conditions were difficult and it was necessary to work "frantically" to ensure that the sailboat did not sink.

It was finally after several hours of work that the divers, equipped with flashlights and in the middle of a very rough sea, managed to penetrate under the hull, where they saw a red boot.

"The immediate reaction was to touch it and the foot withdrew instantly", explain the rescuers, who then stretched a pole into the cockpit which Laurent Camprubi immediately grabbed.

"I knew they were there and they were going to rescue me, that they weren't going to abandon me. It was a matter of time. I had to survive for myself and my family," said Laurent Camprubi, quoted in the press release.

In a photo published by "Salvamento Marítimo", we see the skipper, beaming, in a shirt and sandals, on a pontoon. Next to him is his sailboat, still upside down, kept out of the water by large yellow buoys.

Laurent Camprubi, who presents himself on the Route du Rhume website as a "solo racing" enthusiast, has several victories in regattas, including the Rolex Giraglia, in the Mediterranean.

Juan Ferrer, chief of operations for the rescue service, stressed that the French sailor "was equipped with a special suit which saved him from hypothermia".

But he also praised his "knowledge, which allowed him to calmly await our arrival". 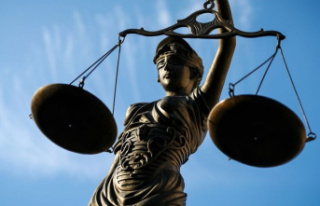 Processes: the dispute between the legal adviser and...