Jill Biden has to undergo facial surgery due to a skin abnormality over her right eye. 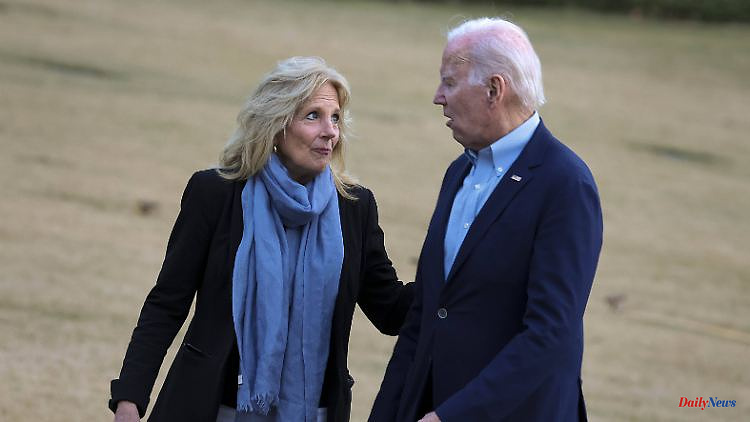 Jill Biden has to undergo facial surgery due to a skin abnormality over her right eye. The First Lady of the United States will have the surgery done next week.

The First Lady of the United States, Jill Biden, will undergo facial surgery next Wednesday. This is reported by several US media, citing a message from their office. "A routine skin cancer screening found a small lesion over the First Lady's right eye," White House Doctor Kevin O'Connor said. "As a precaution, doctors recommended removing the lesion," O'Connor said.

The 71-year-old will undergo an outpatient procedure on January 11 at Walter Reed National Military Medical Center in Bethesda, Maryland. In what is known as Mohs surgery, thin layers of skin are usually removed to look for signs of various types of skin cancer. Care is taken to ensure that cancerous tissue is removed while healthy tissue is preserved.

At 71, Biden is the oldest First Lady in United States history, and her husband, 80, is the oldest US President in history. Cancer comes with very personal memories for Joe Biden, as his son Beau died of a brain tumor in 2015. He had made reducing the death rate from cancer a priority of his presidency.

In her role as First Lady, Jill Biden is also actively fighting cancer and promoting good prevention. It was only in December that she met with the spouses of African heads of state and government to discuss cancer care for women and girls. "Together we can defeat cancer as we know it," she said confidently. Should her husband Joe Biden continue to serve as US President, she would probably continue this commitment.

Joe Biden had announced that he would discuss the possibility of a second term with his family while on vacation in St. Croix in the US Virgin Islands. Many Democrats close to Biden are convinced that he will run again, and his family is also behind him, reports US broadcaster CNN. The Bidens returned from their New Year's vacation on Monday. 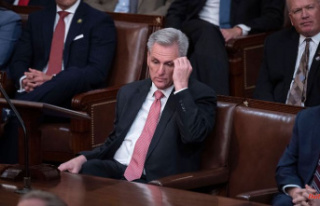 Record in the US Congress: McCarthy also loses in...