"So close to the end... that hurts like a bastard"

They had shown greatness, even without Alexandra Popp, one of their best and tallest players, who had her thumb down during warm-up. 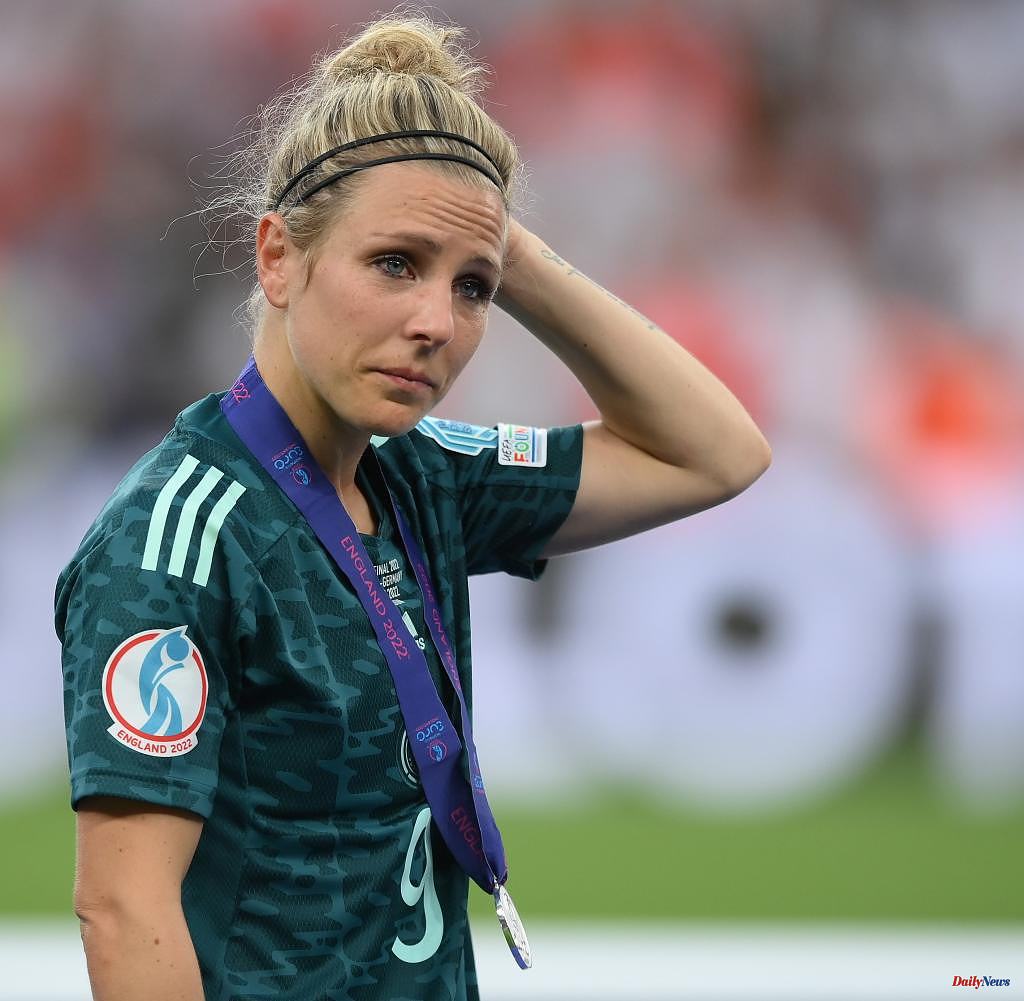 They had shown greatness, even without Alexandra Popp, one of their best and tallest players, who had her thumb down during warm-up. Greatness on the pitch and also in defeat. They congratulated the English women fairly after losing the European Championship final. The dejection and disappointment broke course only with a slight delay.

After a great fight and a lot of advertising for women's football, the dream journey of the record European champions ended with a bitter knockout. in overtime. National coach Martina Voss-Tecklenburg had to do a lot of construction work in a large circle on the pitch after the 1: 2 (1: 1, 0: 0) after extra time against the host team from England.

"It's just hurting. We gave our all for 120 minutes and didn't let the 1-0 deficit put us off. Unfortunately we didn't reward ourselves. We have to let that sink in first. Nevertheless, we are happy and proud that we have reached so many people," said substitute captain Svenja Huth, "it hurts like a bastard to get the 1: 2 so shortly before the shot and now to leave the pitch as losers."

Chloe Maggie Kelly's winning goal in the 110th minute in front of a record crowd of 87,192 spectators caused deafening cheers in the football temple of London and the Lionesses' first international title ever.

Previously, Lina Magull (79') equalized the hosts' first-time lead through Ella Toone (62'). Even if it wasn't enough to win the title in the end, Germany's soccer players will be honored on Monday at the Römer in Frankfurt.

England, on the other hand, celebrated their first title since the men's World Cup triumph in 1966 in the legendary final against Germany and did better than Harry Kane and Co., who lost their European Championship final to Italy the previous year.

There was a goose bumps atmosphere in Wembley, where many celebrities - from Prince William to Chancellor Olaf Scholz to national coach Hansi Flick - had gathered. It was the largest crowd that has ever been recorded at a European Championship - regardless of whether it's men or women. "We will enjoy it. We see it as a challenge, but also as a privilege,” said Voss-Tecklenburg.

It might have been the bad news before kick-off, but it could also have been the impressive atmosphere – the German team started nervously and found themselves under equal pressure from the English side in an intense game. First a header from Ellen White (3rd), then striker Beth Mead was free from the outside (9th) - but keeper Merle Frohms didn't let himself be duped.

There were also German pinpricks, such as the blocked shot by Sara Däbritz (10th). And in the middle of the first half, Marina Hegering even had a huge chance to take the lead when the Lionesses were able to poke the ball away just before the finish line. But when the video referee checked a possible hand penalty in this scene, it suddenly became very quiet in the big group. Surprisingly, the penalty whistle didn't come.

"That's stupid," said Voss-Tecklenburg when she was shown the pictures of Leah Williamson's handball: "But the people who are responsible for it have to think about it. I don't want to harp on about a situation right now. It wasn't quite enough for the title, so we need to do a little more to take that final step."

Because the English women had more of the game in this phase, and they caused major problems for the DFB selection with their physical game. The pressing didn't work as desired for the record European champion either. However, because the hosts too hastily and imprecisely acted with their shots, as with White's shot, it remained goalless in the first 45 minutes.

Chancellor Scholz, on the other hand, was "enthusiastic" about his women's football premiere at the break. And so the German head of government should have been happy when the German team put the forward gear in the second round and had two great chances through substitute Tabea Wassmuth (48th) and the outstanding Magull (49th). Shortly thereafter, Schüller came a bit too late with a long ball (57th).

That should pay off. With a long ball, the German defense was not up to par. Toone, who came on as a substitute six minutes earlier, lobbed the ball into the German goal. The Voss-Tecklenburg team wanted a quick answer. But Magull failed with a shot against the post, Schüller's follow-up shot was too harmless (66'). But the pressure kept increasing, only Germany played. And finally Magull was there after Wassmuth had submitted.

It was getting quieter and quieter at Wembley, and with good reason. Germany pushed the English back more and more into their own half and had a much larger share of the game. But England didn't give up and thanks to Kelly they had the better end for themselves. The 24-year-old from Manchester City poked the ball into the goal when she was careless. Germany threw everything forward again – without success.

"It hurts a lot," confessed DFB President Bernd Neuendorf: "We didn't play worse, victory would have been possible the other way around. The team gave everything and I think they had a lot of bad luck as well.” 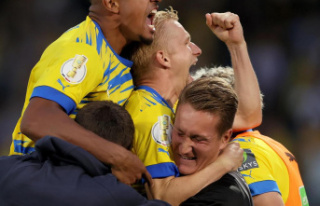 In a penalty shoot-out, Hertha was eliminated from...