Soldiers in civilian areas, collaborators of the Russians: the delicate questions of the war in Ukraine

AFP visited many affected places in the Donetsk region, which the Russians want to seize, and found that residential areas, with no apparent military target, were regularly hit. 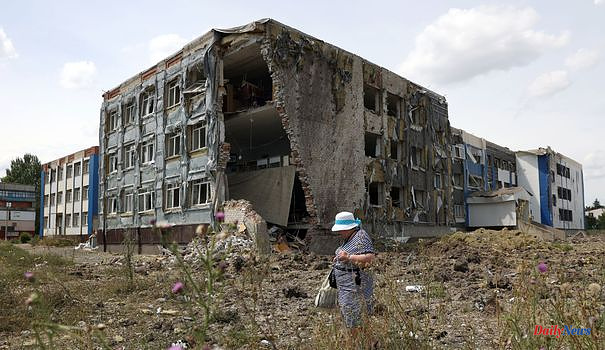 AFP visited many affected places in the Donetsk region, which the Russians want to seize, and found that residential areas, with no apparent military target, were regularly hit.

In Pokrovsk, 85 km south of Kramatorsk, the region's major city, a strike on July 17 destroyed or damaged a dozen houses in a single street. In Kostiantynivka, Toretsk, and even in Kramatorsk, yet far from the front, rockets also fell in residential areas, causing death and destruction.

For the inhabitants of the areas concerned, the reason for these strikes is often not in doubt: they claim that Ukrainian soldiers had settled nearby, in abandoned houses or schools. AFP could not independently confirm these claims.

The organization Human Rights Watch recently accused the two Russian and Ukrainian belligerents of unnecessarily endangering civilians by basing troops in the heart of inhabited areas. The NGO has notably documented four cases on the Russian side, in areas of occupied Ukraine, and three cases on the Ukrainian side.

“Both Russian and Ukrainian forces must avoid basing their troops among civilians and do everything possible to keep civilians away from the surrounding area,” she urged.

The establishment, welcoming in peacetime some 500 children aged 6 to 17, is the second school in the city reduced to dust, and seven others have been damaged since the start of the war, according to Denis Syssoev, head of the education department. At the mayor.

The school had been used since the start of the war as a food aid depot.

But for Yevguen, "the Russians are targeting the Ukrainian soldiers. I don't know if they had established themselves in the school, but we saw them regularly coming and going in the area".

“And in our neighborhood there are a lot of well-meaning people who want to help and inform the Russians,” he squeals.

Accusation taken up by Natalia, a mother of three children who attended school 23. She evokes a Telegram group of the inhabitants of the district, where the comments posted leave little doubt on "who is pro-Russian and who is not".

The eminently sensitive subject of "informants" is indeed raised after each strike.

"It's a question: how does the enemy know the coordinates of places where soldiers are based?" pretends to wonder Governor Kyrylenko. "A large part of the population remains loyal to the occupiers and awaits the Russian world. They know it's a betrayal, they will regret it later," he asserts.

"I see that hatred is rising between the residents of Kramatorsk," lamented the city's mayor, Oleksandr Goncharenko, on Facebook a few days ago. "Those who are waiting for the coming (of the Russians), who have been promised mountains of gold and freedom of speech from their saviors, are fools," he said.

"I beg of you, calm down. Put aside your resentments, your suspicions. Direct your anger in another direction, towards those who want to rob you of your normal and peaceful life," he urged.

According to Galyna Prychtchepa, spokesperson for the intelligence services for the Donetsk and Lugansk regions, 37 "informants" have been arrested in the Donbass since the start of the war, and are accused of espionage and high treason.

In southern Ukraine, the governor of the Mykolaiv region, constantly bombarded by Russian forces, recently announced a $100 bounty for those who would help identify Russian collaborators.

On his Telegram account, Vitali Kim invited to provide information on "those who reveal to the occupiers the places of deployment of Ukrainian troops" or help them to establish the coordinates of potential bombing targets. 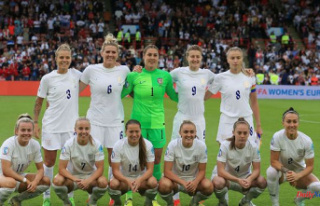 Women's Euro: England wants to go after its dream,...