According to the Institute for Economic Research (IfW), two dozen container ships are waiting in the North Sea to be cleared in German ports. 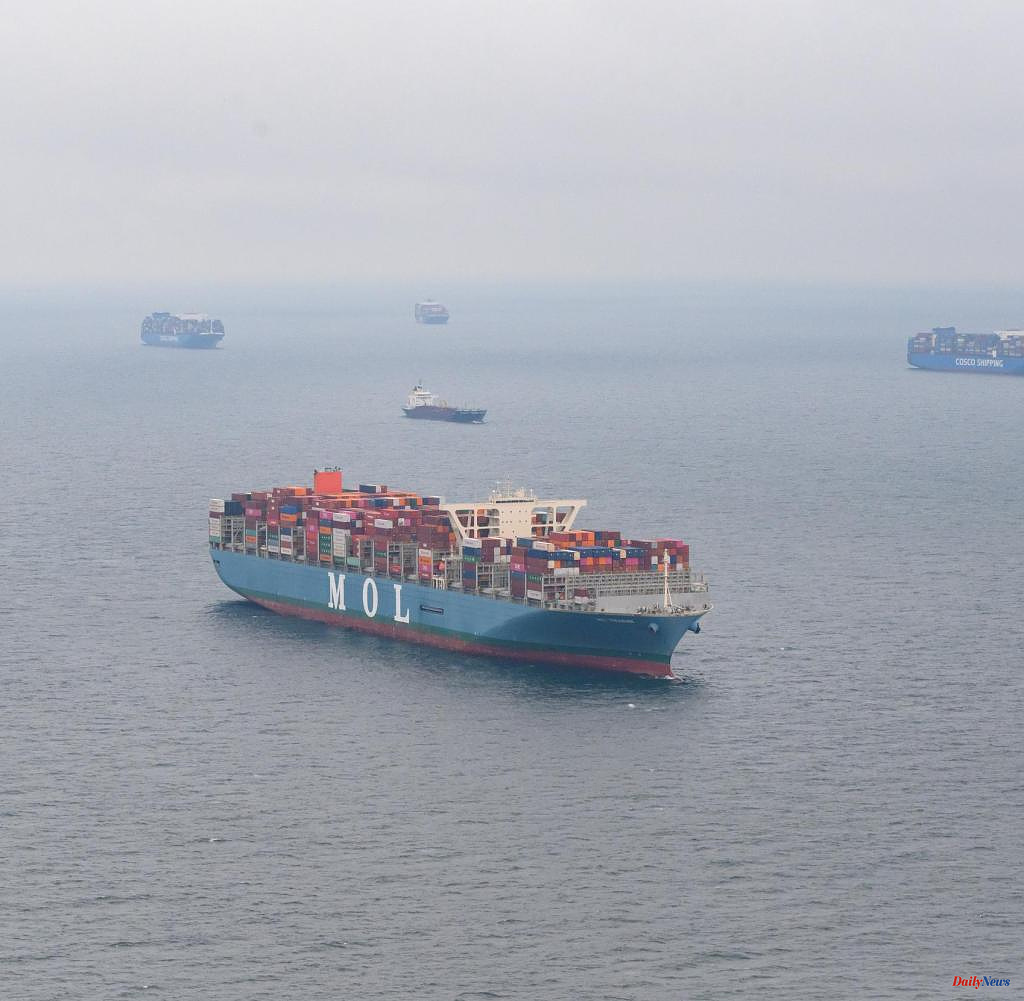 According to the Institute for Economic Research (IfW), two dozen container ships are waiting in the North Sea to be cleared in German ports. In the meantime, 24 container ships are stowed in the German Bight for handling in Hamburg or Bremerhaven, as the Kiel IfW announced on Friday. "Some of the ships have been there for about three weeks now," said IfW expert Vincent Stamer. "This has consequences for trade between Germany and the EU with Asia."

The reasons for the traffic jam are, on the one hand, the high volume of ships in view of the continued high demand for goods worldwide. "In addition, there are upheavals like those caused by the lockdown in Shanghai, which have messed up the schedules of many shipping companies," Stamer told Reuters. “The capacities at the German ports are also partially exhausted. There is a lack of space for containers.” The dockworkers' strike in July actually worsened the situation. At the same time, due to the delay, goods are only now arriving whose season is already over - garden chairs, for example.

According to the researchers, the volume of freight in the Red Sea, the main trade route between the EU and Asia, is already 21 percent lower than would be expected under normal circumstances. The gap is therefore largely due to a lack of freight from Europe to Asia. "The traffic jams in front of the German North Sea ports also contribute to this, because as a result container ships can no longer leave the port on time," says the IfW. "In contrast, the consequences of the lockdown in the port of Shanghai seem to have been overcome." The economic metropolis had been in a tough corona lockdown for weeks.

According to the information, practically no trade is still possible via the Ukrainian Black Sea port of Odessa. "The fact that the 'Razoni', the first cargo ship to transport grain from the overflowing storage facilities, has set sail in a long time is very positive news," said IfW expert Stamer. In order to transport the remaining 20 million tons away in time, around 570 more shiploads would have to be handled in the Ukrainian ports at short notice. That seems illusory not only in view of the war. "Precisely because the grain harvest is now starting again and the warehouses are urgently needed for this, other transport options such as trains and trucks must also be fully exploited."

But a new problem situation is also developing far away from Europe: China's massive military exercises in the waters around Taiwan are disrupting international shipping on the important trade route. Cargo ships and oil tankers are skirting the island to avoid a confrontation with the Chinese military, analysts and ship owners confirmed on Friday. That adds about half a day to the journey time. "As long as the ships can sail around Taiwan, the disruptions will not noticeably affect trade with Germany," Vincent Stamer, trade expert at the Kiel Institute for the World Economy (IfW), gave the all-clear, at least in part, in an interview with Reuters. But it can also turn out differently: A military conflict over Taiwan can affect world trade, because the 180-kilometer-wide Taiwan Strait and a route in the east of the island are important for ships transporting goods from East Asia to the USA and Europe. "Some ships have already taken precautions and are sailing east of the island instead of through the Taiwan Strait," said Niels Rasmussen, chief analyst at BIMCO.

1 Military maneuvers: Taiwan crisis: China imposes sanctions... 2 Nuclear weapons: UN: North Korea prepares first nuclear... 3 "The resistance will be even stronger than in... 4 Naturalization: Bayern guard Weiler-Babb is now playing... 5 The government caught up in the historic drought in... 6 "We are running towards disaster": Corsica... 7 With coffee and apple spritzer: Wolfgang Schäuble... 8 Taiwan: will China cut off the island from the rest... 9 With coffee and apple spritzer: Wolfgang Schäuble... 10 Astronomy: "Curiosity" on Mars for ten years 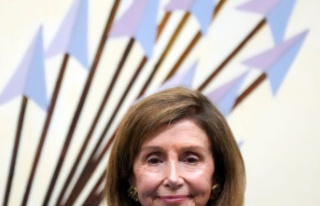