Sophie Tissier, an activist, filed a complaint against Eric Coquerel regarding sexual harassment

According to information from "Liberation", Sophie Tissier, an activist and former "yellow vests" figure, filed a complaint at Vanves (Hauts de-Seine) on Monday, July 4, against Eric Coquerel, for sexual harassment.

According to information from "Liberation", Sophie Tissier, an activist and former "yellow vests" figure, filed a complaint at Vanves (Hauts de-Seine) on Monday, July 4, against Eric Coquerel, for sexual harassment.

She confirmed and explained the following to the daily: "I felt attacked, but there was not violence or blow. The prosecution will decide if the facts are revalidated.

She posted on Twitter that she was disappointed by "this denial La [France Insoumise]" and its "VSS [committee to stop sexist or sexual violence] which she claimed to have seized Sunday, editor's notice]", which didn't even contact her. ". She assures that there are witnesses. "Coquerel is aware deep down that he lies.

This complaint concerns facts that occurred in August 2014. Franceinfo's Monday report explains that Eric Coquerel "started to do quite heavy flirting, then made inappropriate gestures, which was offensive. I can recall him grasping me at the waist, putting his hand on my hips, and brushing my sex. She explained that it wasn't assault but predation.

Sophie Tissier discusses "sticky wandering fingers" and "inappropriate attacks during 2014's [Left Party] Summer Universities". "I felt a profound unease. I didn't know what it was. He was clearly offended that I refused to listen. He didn't care.

The former "yellow vest" figure announced on Sunday that he had taken control of the committee against sexiste and sexual violence (CVSS), of La France Insoumise (LFI). She spoke out on BFMTV about the deputy, who was recently elected to the Finance Committee.

The MP denied any inappropriate behavior. "I am here to declare that I have not used physical or psychological violence to obtain a report. This is a gateway to criminal behavior within the field of gender-based or sexual violence," he wrote, in particular in a column in "le Journal du Dimanche".

1 High Court rejects lawsuit: Kellogg's does not... 2 Even though she was the subject of two rape allegations,... 3 Shooting in Copenhagen: What do we know about the... 4 Sudden sinkhole?: Man falls into a hole while mowing... 5 Ash rain in Rome: major fire broke out near the Vatican 6 After the death of his wife: is Damian Lewis in love... 7 Saxony-Anhalt: Motorcyclist seriously injured after... 8 Sovereign in Wimbledon: Nadal is now playing against... 9 Traditional Hot Dog Eating Contest: The all-time winner,... 10 Spain and Portugal dry: Azores high threatens wine... 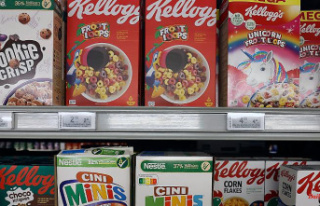