South Ossetia, a separatist region, has abandoned its plans for a referendum about integration with Russia

On Monday, May 30, the new authorities in the pro-Russian Georgian separatist area of South Ossetia declared that they had canceled the organization of a referendum regarding their integration into Russia.

On Monday, May 30, the new authorities in the pro-Russian Georgian separatist area of South Ossetia declared that they had canceled the organization of a referendum regarding their integration into Russia.

"President" Alan Gagloev invoked in a decree "the uncertainty related the legal consequences" such a consultation. This was a decision made by Anatoly Bibinlov and was due to take place on July 17. He also emphasized "the inadmissibility" of unilateral decisions by referendum on issues related to the legitimate rights or interests of the Russian Federation.

The authorities of South Ossetia signed a decree by Anatoli Bilow on May 13 regarding the holding of a referendum. This was in response to the "historic aspiration", which is reflected in the small Caucasian territory's bordering with Russia.

He said, "We are returning home", and added that "the time is right to unify once and for all." "South Ossetia will be with Russia. He said that this is the beginning of a new great story.

Anatoly Bibiolov was not reelected as president earlier in the month. Russia expressed hope that Alan Gagloyev would succeed him as president to ensure "continuity in relations with Moscow."

South Ossetia was the centre of the 2008 Russo–Georgian War. The Kremlin then recognized its independence along with that of Abkhazia, a Georgian separatist region, and established military bases there.

"President" Gagloev made the announcement on the 96th anniversary of the Russian army's invasion in Ukraine. The separatist leaders of Donetsk (and Lugansk) have expressed interest in integrating Russia.

Georgia, which has seen a surge in solidarity following the Russian offensive against Ukraine, regards the possibility that South Ossetia join Russia as unacceptable. Russia attacked Georgia in August 2008. The Russian government was fighting prorussian militias after they had bombed Georgian villages. After five days of fighting, the European Union-brokered ceasefire ended. They had killed more than 700 people and forced thousands of Georgians to flee.

They are charged with torture, illegal detention and hostage taking, as well as deportation of persons. The European Court of Human Rights (ECHR), last year, ruled that Russia was responsible post-war for human rights violations. 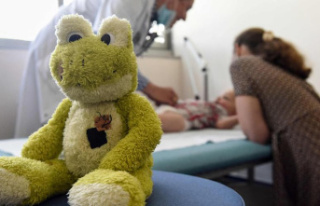