The Ukrainian government wants to drive the Russian occupiers out of cities like Cherson and Mariupol. 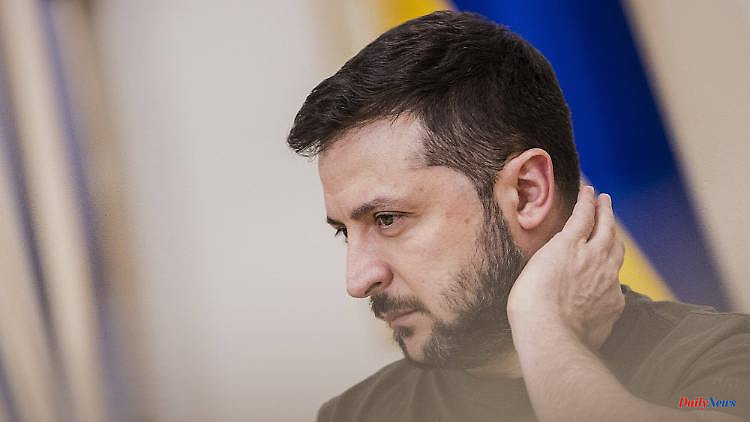 The Ukrainian government wants to drive the Russian occupiers out of cities like Cherson and Mariupol. "As soon as possible," says President Selenskyj. Because "the situation on the battlefield" is crucial, he prepares the population for a longer war - and wants to have martial law extended.

Ukrainian President Volodymyr Zelenskyy is preparing the people of his country, which has been attacked by Russia, for a longer war. In a video speech, he gave hope to the people in the Russian-occupied areas in the south that Ukraine would liberate them.

"Kherson, Melitopol, Berdyansk, Enerhodar, Mariupol and all our cities and towns that are under occupation, under temporary occupation, should know that Ukraine will return," he said. How long this will take depends on the situation on the battlefield. "We're trying to do it as soon as possible. We have an obligation to drive out the occupiers and guarantee Ukraine real security."

In this context he also put the announced extension of martial law and general mobilization by a further 90 days until August 23. "Our army and everyone defending the state must have all the legal means to act calmly," Zelensky said.

Selenskyj had previously announced that he wanted to extend martial law and the ordered mobilization by three months. The corresponding draft laws were published on Wednesday. After the confirmation by the deputies, which is considered certain, the state of war will apply until August 23. A day later, Ukraine traditionally celebrates its Independence Day.

Zelenskyi first declared the state of war on February 24 - a few hours after Russia's attack - and then had it extended twice by 30 days each. The general mobilization, on the other hand, applied immediately for 90 days. Many experts see the duration of the state of war as an indicator of how long Kyiv is currently preparing for possible fighting.

The Ukrainian presidential adviser Oleksiy Arestovych also justified the project. Arestovych said on Ukrainian television that the war started by Russia will last until the fall. The Ukrainian population is only being given false hope if martial law is only ever extended by 30 days, as has been the case up to now. Honest communication with society is necessary in war, according to the adviser, who primarily comments on military issues.

1 Great fear of "Russian verdict": Legend... 2 At home with the ex-royals: how private are Harry... 3 Brady trusts her: Gisele Bundchen is in charge at... 4 "Almost no weapons delivered": Merz assumes... 5 Mariupol as a holiday resort?: US institute sees Russian... 6 End of the Haussmann trilogy: "Stasi comedy":... 7 Police operation in Bremerhaven: one injured after... 8 Overload at work: Employees often have to shorten... 9 Tesla stock plummets: Tweets cost Musk $12 billion 10 Police operation in Bremerhaven: one injured after... 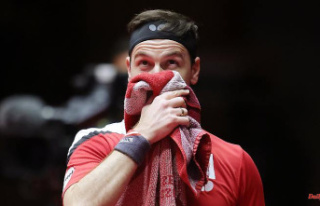