Detlef Müller is an engine driver and transport policy spokesman for the SPD parliamentary group. 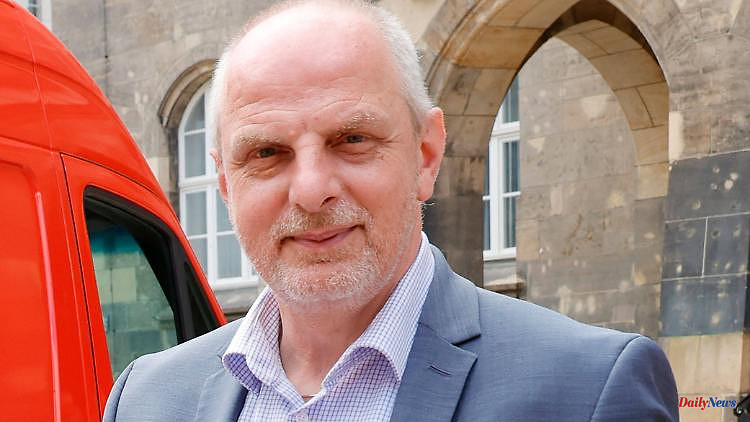 Detlef Müller is an engine driver and transport policy spokesman for the SPD parliamentary group. But he would have preferred to use the money for the 9-euro ticket differently. But now he is looking forward to it, like many citizens, says Müller to ntv.de. He warns the countries to bring the project down.

ntv.de: Bavaria, Bremen and other federal states are dissatisfied with the financing of the 9-euro ticket by the federal government. Among other things, they are demanding regionalization funds, i.e. more federal subsidies for local transport, so that they can agree in the Bundesrat. How justified do you think these demands are?

Detlef Müller: The federal government reimburses the 9-euro ticket, i.e. the additional costs and reduced income that the state and transport associations have in the three months, on a one-to-one basis. That is regulated in the law that we are passing in the Bundestag today. The countries accept that too. However, some countries are now linking their approval of the 9-euro ticket to a general increase in regionalization funds. You are basically right: We definitely need more money in the public transport system. However, I warn against making your approval in the Bundesrat dependent on this. This is a second, separate process and we have to do it together, because it's not just about money, it's also about what the public transport of the future should look like.

Among other things, there is also a demand from Bavaria this week that the costs of the 9-euro ticket must be fully compensated. Apparently there are still doubts about the commitment from the federal government.

At the conference of transport ministers last week, the state ministers were satisfied with the promised funds of 2.5 billion euros for the 9-euro ticket plus 1.2 billion euros for pandemic-related failures. In that sense, I think it's a political game. You can continue to push the story and increase the pressure until the Federal Council vote on Friday. But you can also stick to your own decisions. The federal and state governments rely on the calculations of the Association of German Transport Companies (VDV) and they expect 30 million users of the 9-euro ticket. Everyone assumes that the federal funds are sufficient. I would rely on that now.

How big are your fears that the federal states will still bring down the nine-euro ticket in the Bundesrat?

I don't even want to think about it because that would have a devastating effect on the outside world. I hear from the citizens that they are looking forward to it. Some have already planned routes. The newspapers or radio stations publish the best connections for 9 euros on their websites. The public expects that the thing will fly on June 1st. If the countries make their approval dependent on fiscal reasons and thereby mix up different topics, there is a risk of a major loss of confidence in politics. We can't all afford that together, because afterwards there's no point in pointing fingers at each other. In the end, for the citizen, it is always 'politics' as a whole that has failed.

The demand for permanently more federal subsidies for local and regional public transport also argues that users of the 9-euro ticket will experience a bus and train system that operates at the edge of its capacity and is partially overloaded by the additional customers. Isn't there a risk of failure when convinced drivers try out the 9-euro ticket and their worst fears are confirmed?

I'm pretty sure the nine-euro ticket will be a huge success. There will be difficulties, that is perfectly clear. There will be capacity problems, especially with tourist connections in the direction of the Ore Mountains, the North Sea and the Baltic Sea or the Bavarian Forest. Nevertheless: It will be a success if the 9-euro ticket is used. But it will also show where public transport still needs to be expanded - i.e. where demand is greater than supply. We then have to talk about that and get into the discussion that the countries also want: What is proper local transport? What are proper bars? What quality standards do we want to achieve? At the end there will be a sum under it and we'll talk about it then.

However, the traffic light coalition would have avoided many organizational problems in the preparations, including the current pressure situation in the decision-making process, with a rush job that was scheduled less quickly. Why wasn't the 9 euro ticket planned for autumn?

I did not negotiate the 9-euro ticket in the coalition committee. But I stand by it. And the countries agreed very quickly. One must also not forget that it is a measure in view of increased mobility costs that should help people quickly. Yes, the 2.5 billion euros would have been well invested in the public transport system even without a 9-euro ticket. Then you would have had adequate funding for two or three years. But the question no longer arises. Three working groups from the federal states are now meeting on the permanent regionalization funds and when they are ready, the federal, state and local governments will have to talk about permanent financing on the basis of this.

When it comes to federal funds, the FDP in particular is on the brakes at the traffic lights. Federal Transport Minister Volker Wissing insists on more transparency. What's behind it?

Transparency is the topic of one of the three working groups. It's about the old accusation, which also comes from the Federal Court of Auditors, that not all federal states actually use the regionalization funds for local public transport or local rail passenger transport. Some countries put the money into school transport or use it to set aside for later. This is partly understandable, because the transport contracts that the federal states conclude with the companies are longer than the allocation periods for the regionalization funds. But that has to be disclosed: What are the states doing with the funds provided by the federal government? Only then can you talk about more money. That's what Volker Wissing is all about and that's correct.

What is the task of the other two working groups?

The second issue is funding and the third is quality. That means: What is public transport? What should the bars look like? What should the conditions in rural and urban areas look like? What need for modernization is there, for example, for drives? It all has to be summed up into a total work of art that isn't thought out of the Berlin bubble. And then you also come to a sum that is needed.

Will the traffic light make substantial progress there?

We stipulated in the coalition agreement that this mobility pact exists and that we also have to make funds available for it. Now there are external factors affecting the federal budget that we couldn't have known about in the fall: the war in Ukraine, the explosion in energy prices. You will have to balance that. But the public transport expansion needs money. I would doubt whether all of this has to come from the federal government, where public transport is a state matter. That's why we have to move forward together with the federal, state and local governments.

For the first time, people with the 9-euro ticket can travel through various transport association areas with one ticket. Does a harmonization of tariffs have to be a long-term goal?

That would be good. In some federal states, the transport associations are too small, for example five transport associations in the relatively small state of Saxony. This leads to too many tariff limits and different rules, for example when bicycles are sometimes permitted and sometimes forbidden. That's daunting. We have to come to a simpler system and that's what Volker Wissing intends to do. Tightening the tariff zones makes sense, but does not solve the problem of structural underfunding. 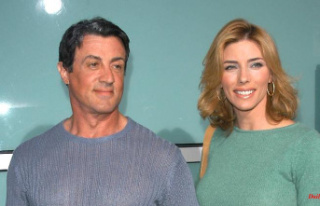 "Thank you, my darling!": Sylvester Stallone...