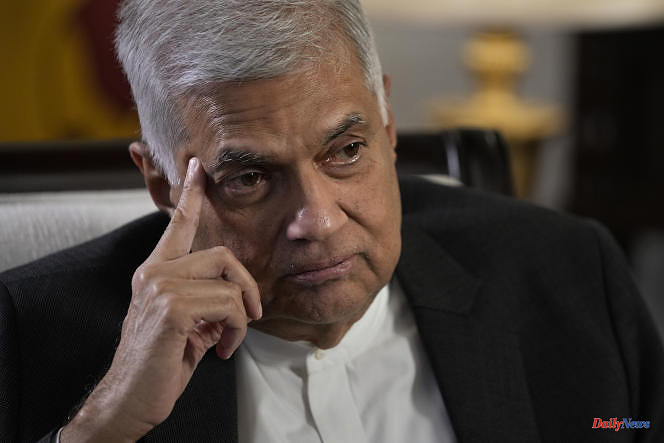 Six-time prime minister Wickremesinga won 134 votes, official results showed, compared to 82 for his main challenger, Dullas Alahapperuma, and just three for left-wing candidate Anura Dissanayake. "Ranil Wickremesinga has been elected as the eighth executive president under the Constitution," the Secretary General of Parliament said after the count was completed.

He is expected to be officially sworn in on Thursday, July 21. The new president spoke of a simple ceremony in the parliament building, placed on Wednesday under close surveillance by hundreds of soldiers and police.

"Our divisions are now over," Mr Wickremesinga said shortly after being elected, in a speech to Parliament. Ranil Wickremesinga's victory, which many Sri Lankans oppose, could lead to further protests against the ruling elite, after months of severe shortages of fuel, food and medicine, several protesters said.

His main rival, Dullas Alahapperuma, a member of the ruling party, was more popular with protesters and the opposition, but he had no experience of high governance, in a country that has almost no dollars for imports. and which desperately needs a bailout from the International Monetary Fund (IMF).

Conversely, Ranil Wickremesinga is hated by the demonstrators, who consider him an ally and protector of Gotabaya Rajapaksa. The latter fled the anger of his people on July 9 in the Maldives before finding refuge in Singapore, from where he tendered his resignation.

Outside the presidential office – where protesters had been camped for months before getting Gotabaya out – Damitha Abeyrathne, a 45-year-old actress, believes the protests will continue. " We have lost. The whole country has lost,” she commented to Agence France-Presse (AFP). “Politicians fight for their power. They do not fight for the people, they feel nothing for those who suffer. »

On Wednesday evening, the new president warned against resorting to undemocratic means similar to those that led to the ousting of his predecessor. "If we try to overthrow the government, occupy the president's office and the prime minister's office, it's not about democracy, and we will deal with those with firmness," he said after a visit in a Buddhist temple. "I am not a friend of the Rajapaksa, I am a friend of the people," he insisted.

Protesters occupying part of the president's office have been ordered to vacate the premises by Wednesday evening or risk being expelled. According to a senior police official, anyone damaging public property will be severely punished. Some observers expect Mr. Wickremesinga to crack down harshly on any protests.

Mr. Wickremesinga, whose lifelong ambition is thus realized, enjoyed the support of the SLPP, the party of the Rajapaksa, the largest party in parliament by number of seats. Former President Mahinda Rajapaksa, Gotabaya's older brother and head of the family clan, is still in the country and, according to party sources, pressured MPs to support Mr Wickremesinga.

As soon as he was elected, the new president called on his unfortunate rival, Mr. Alahapperuma, 63, to "join him in order to work together to bring the country out of the crisis". He inherits a country of 22 million people, ravaged by the economic crisis. The island, which defaulted on its $51 billion foreign debt in April, does not even have enough foreign currency to finance its essential imports, and is hoping for a bailout from the International Monetary Fund (IMF).

Mr. Wickremesinga, elected for the remaining period of Mr. Rajapaksa's term, which ends in November 2024, must now choose a prime minister to form a government. He could name his former classmate Dinesh Gunawardena, a former civil service minister, and staunch supporter of the Rajapaksa clan.

1 In Tunisia, Rached Ghannouchi emerges free from his... 2 The mystery of the death of 21 young people, found... 3 Purchasing power: MEPs vote to increase pensions and... 4 Presidency of the LR party: Aurélien Pradié, François-Xavier... 5 "These people": Nupes deputies denounce... 6 Purchasing power: the PCF, EELV and the RN accuse... 7 In Nigeria, the national oil company freed from state... 8 Netflix loses a million subscribers in Q2, but expects... 9 Dominique Boutonnat kept at the head of the CNC, despite... 10 American director Tim Burton winner of the Lumière... 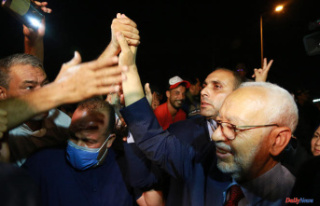 In Tunisia, Rached Ghannouchi emerges free from his...