The defamation trial between Amber Heard and Johnny Depp, which has attracted enormous media attention, is coming to an end. 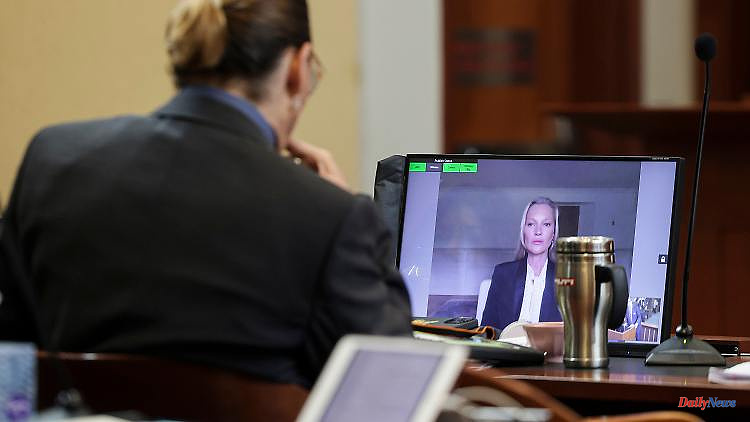 The defamation trial between Amber Heard and Johnny Depp, which has attracted enormous media attention, is coming to an end. A few days before the closing arguments, a prominent witness spoke to Kate Moss - who cleared up the rumor about an alleged stair pusher.

Kate Moss has testified against Amber Heard in Johnny Depp's defamation trial. The British model contradicted a claim previously made by Depp's ex-wife that the actor allegedly pushed Moss down a flight of stairs several years ago.

Moss, who is from Gloucestershire, UK, first confirmed that she was romantically involved with Depp between 1994 and 1998. She then went into an alleged incident that is said to have taken place during a holiday the two of them were vacationing in Jamaica.

Because it was raining, she slipped on a staircase and injured her back. She screamed because she didn't know what had happened - and because she was in pain. Depp, who had gone ahead, ran back to help her. He carried her to her room and took care of medical care. When asked if the actor ever pushed his then-partner down a flight of stairs during their relationship, Moss explained, "No, he never pushed, kicked or threw me down any flight of stairs."

Heard mentioned Moss during the trial, noting that an alleged incident between Depp, her, and her sister Whitney Henriquez in 2015, said to have happened at the top of a flight of stairs, reminded her of Moss. The actress had claimed to have heard a rumor that Depp had allegedly pushed the model down a flight of stairs.

Johnny Depp has sued Amber Heard for $50 million over an article she published in the Washington Post in 2018. In it, she claimed to be a victim of domestic violence. She did not mention her ex-husband by name. Depp claims the post nonetheless ruined his career, damaged his reputation and cost him a lot of money as a result.

Heard has filed a $100 million counterclaim against her ex. The couple got married in 2015. The two separated in 2016 and divorced in 2017. Both parties have repeatedly accused each other of domestic violence. The closing arguments are to be held on Friday.

The actor lost a defamation lawsuit against the newspaper "The Sun" in Great Britain in 2020. The newspaper had described Depp in an article as a "wife beater". Depp has denied all allegations of domestic violence.

1 Serious allegations in France: Minister is said to... 2 Gressel on the course of the war: "Putin will... 3 Largest British class action lawsuit: VW pays millions... 4 Bavaria: 25 students with breathing problems taken... 5 The government should be in place in June: Günther... 6 Season starts: Camping beginners should bear this... 7 "Bunga Bunga parties" trial: prosecution... 8 Russians are planning several boilers: US experts... 9 Baden-Württemberg: Because of vacation: No protection... 10 Green light from Brussels: Volkswagen can take over... 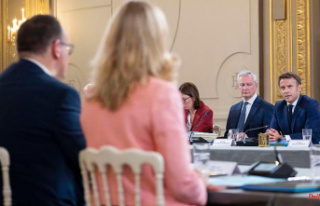 Serious allegations in France: Minister is said to...