At their summit near Bonn, the finance ministers of the G7 countries put together a new billion-euro aid package for Ukraine. 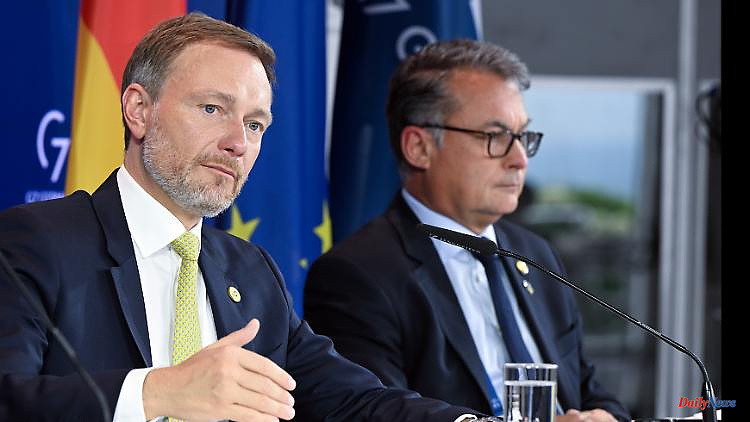 At their summit near Bonn, the finance ministers of the G7 countries put together a new billion-euro aid package for Ukraine. This is to ensure that the country remains financially viable. However, not all of the promised funds are actually grants.

The seven leading industrialized nations want to support Ukraine with additional, short-term budget support of 9.5 billion dollars (almost 9 billion euros). The finance ministers of the G7 countries agreed on this at the Petersberg near Bonn. Since the beginning of the year, they have mobilized a total of 19.8 billion dollars in financial aid for Ukraine, according to the final declaration of the ministerial meeting. The money is intended to help maintain basic government services in the war-torn country and close funding gaps.

"We are on the side of Ukraine," stressed Finance Minister Christian Lindner from the FDP. The country's financial situation should not limit its ability to act militarily and defend itself against the Russian attack. The aid package will ensure that Ukraine is financially viable for the foreseeable future. However, not all of the pledged $9.5 billion are actually grants. Around a billion come in the form of guarantees or loans, according to the Ministry of Finance. Germany is giving grants in the order of a billion, the USA had promised to mobilize 7.5 billion.

The G7 also includes the UK, France, Italy, Japan and Canada. According to the Ministry of Finance, Ukraine has asked for aid of around 5 billion euros for three months. After the three months, further support may be needed.

Ukraine needs the money, for example, to pay pensions and the salaries of state employees. Lindner emphasized that the expectations of the G7 countries had been exceeded. He also sees no need for another round of fundraising at the summit of the G7 heads of government in June at Schloss Elmau. "The International Monetary Fund now has a lot less to worry about." However, Lindner takes into account 10.3 billion in funds from the International Monetary Fund that have already been paid out or committed since the beginning of the year.

In their final declaration, the G7 states also pledged to stand by Ukraine "in this war and beyond" and to do more if necessary. The German contribution to the aid package will be paid from the federal budget for 2022, which is to be decided in the Bundestag in early June. Lindner does not want to take on any additional debt for this, but rather use a kind of crisis buffer that he has planned in the budget.

The new loan has a term of 15 years and repayments would only have to start after 5 years, Schmyhal said. Overall, Ukraine has received financial support of more than five billion dollars (currently around 4.8 billion euros) since the Russian invasion on February 24.

1 No more Brexit disadvantages: Boris Johnson's... 2 Milk donations for strange babies: breast milk banks... 3 Dispute about the origin of Corona: Drosten wins in... 4 Professionals targeted by the police: arrests and... 5 End of an influencer marriage: Julian Classen confirms... 6 Depp and Heard in court: As if the Me-Too debate had... 7 41 degrees in Andalusia: Spain is suffering from a... 8 "NATO is informed": Turkish fighter jet... 9 Corona outbreak out of control?: North Korea reports... 10 Difficult visit to Scholz: Emir of Qatar brings gas... 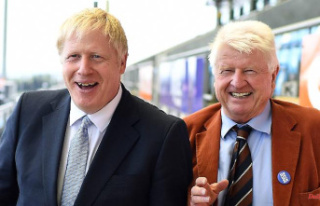