More than 150,000 Glasgow Rangers and Eintracht Frankfurt supporters travel to Seville, most of them without tickets for the Europa League final. 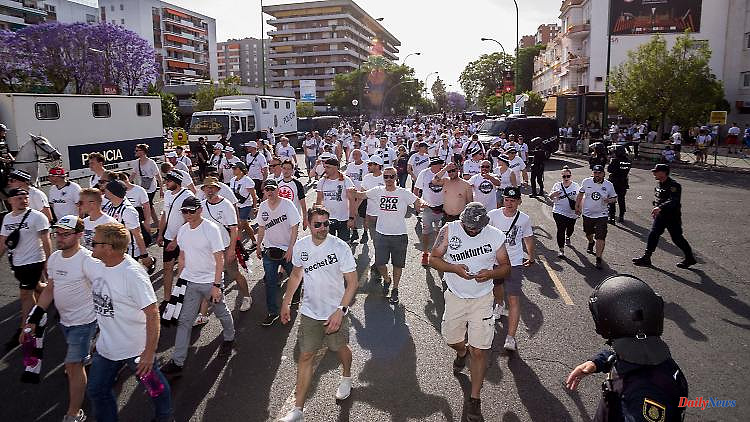 More than 150,000 Glasgow Rangers and Eintracht Frankfurt supporters travel to Seville, most of them without tickets for the Europa League final. In the city center, fans of both clubs fight each other before kick-off. The police chief of Seville should see himself confirmed.

Dozens of Eintracht Frankfurt and Glasgow Rangers fans clashed just before the Europa League final in Seville, southern Spain. Around 6 p.m. they threw chairs from the street cafes, bottles and other objects in the center of the city, the local newspaper "Diario de Sevilla" reported. A video showed how fights broke out and people who were lying on the ground were kicked. Initially, nothing was known about arrests. The opposing groups retreated when the police arrived.

Five Eintracht fans were arrested earlier in the day. According to the police, they were part of a group of 200 German supporters who are said to have attacked Scottish fans near the cathedral in the city center on Wednesday night. On Wednesday, the police confirmed reports from the Spanish media on request. The German fans are said to have thrown flares, tables and bottles at the officials. They are therefore accused of disturbing public order and aggression.

The police chief in charge, Juan Carlos Castro, had warned of "serious problems" shortly before the first riots on Tuesday. Around 150,000 fans were expected in Seville for the final in the evening, 100,000 from Scotland and 50,000 from Germany. "This is outrageous," said Castro. "That's too many people with too much alcohol, most of them without a ticket to the game. And there are a lot of construction sites in the city. All of this can lead to serious problems." 5,500 security forces were deployed for the finale. Castro spoke of the "most difficult game in recent years" in the Andalusian metropolis.

Each club received a contingent of 10,000 tickets for the final. The Estadio Ramón Sánchez Pizjuán only offers space for about 44,000 spectators. Most of the fans who traveled from Germany and Scotland therefore followed the final in front of large screens in fan zones and in the Cartuja Stadium or in pubs. 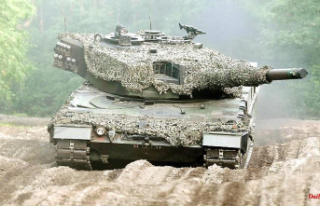