Success rate for the 2022 baccalaureate: 86% of candidates received before resiting, a rate in sharp decline

Passed, Remedied, or Failed? It's D-Day for nearly 710,000 candidates for the new baccalaureate formula 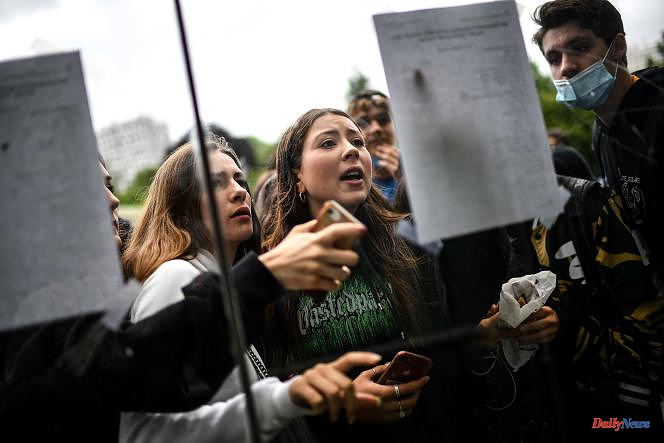 Passed, Remedied, or Failed? It's D-Day for nearly 710,000 candidates for the new baccalaureate formula. They discovered their results on Tuesday morning July 5 online or on notice boards in the courtyard of their establishment. The outcome of a session that took place in full, for the first time after two years disrupted by the Covid-19.

Some 86% of the 709,000 candidates for the 2022 baccalaureate were accepted immediately, without having to take the catch-up, a rate that is down sharply (by 4.7 points) compared to that of the 2021 baccalaureate, announced the Ministry of national education.

Earlier in the day, Education Minister Pap Ndiaye had spoken of "a drop in results compared to previous years", indicating that this was "not entirely surprising" because "this year is the first real year of baccalaureate reform that is not hampered by the health crisis". "It thwarts those who said that continuous monitoring would yield extraordinary results. The new baccalaureate remains an important exam,” he added.

Since its reform in 2019, the baccalaureate mark is based 40% on continuous assessment and 60% on final tests (written and oral French, passed in Première class, philosophy, specialty tests and the grand oral , passed in Terminale). Among the most chosen specialties in 2022, mathematics, with 142,730 candidates, economics and social sciences (136,466), history-geography, geopolitics and political science (106,994).

“Continuous monitoring exists in most countries in the world” and “is the subject of work” which shows “that it is fair”, the minister further declared. For him, "the old bac should not be mythologized" as "a time when everything was going wonderfully". “We forgot that the old devices were not devices that worked perfectly for equality,” he continued. “We are attentive to the situation, without turning back. »

The official figures for the baccalaureate pass rate will be published on Tuesday evening.

In 2020, senior high school students had obtained their baccalaureate on the basis of their continuous assessment marks. Due to the pandemic, the events had been cancelled. In the absence of exam papers, school reports – necessarily disparate – had been harmonized en masse, always on the rise. That year, the pass rate was 95%, compared to 88% in 2019.

In 2021, continuous assessment still accounted for the bulk of the final exam grade. Philosophy had been the only written test, with French first. On the correction instructions side, benevolence remained in place and the success rate for the general baccalaureate stabilized at 93.7%.

2022 was to be the year of a return to normal – both in the organization of the tests and in their correction. But correctors of these tests had said in mid-June that certain marks had been increased without their agreement. A controversy, swept away by the ministry, which assured that "there [was] no national instructions to raise the notes".

"States General" of the bac claimed

The marks of the specialty tests, as well as those of the philosophy and the great oral were not taken into account in the platform of access to higher education Parcoursup, which delivers since the beginning of June its answers to the wishes of the candidates. But they count in the average of the baccalaureate, sesame necessary for those who want to continue their studies.

In a joint press release, associations of specialty teachers however considered that this first session of the new baccalaureate in its entirety "confirms" their "fears", namely that "the baccalaureate, as a national examination whose value is guaranteed by the institution, no longer exists". Pending "a review of the reform of high school and the baccalaureate", this Conference of Specialist Teachers' Associations - which notably includes the APBG (Association of Biology and Geology Teachers), the APHG (Association history and geography teachers) or the APMEP (mathematics teachers in public education) - wishes to "organize the Estates General of the high school".

Of the 709,399 candidates trying to obtain the precious diploma this year, more than half (53.7%) have taken the general baccalaureate, which now consists of a common core of subjects, supplemented by two specialist courses chosen à la carte by the students. They are 26.2% to pass the vocational baccalaureate, and 20%, the technological baccalaureate. This year, the catch-up events will begin the day after the results, Wednesday, and will be held until Friday.

1 Bac 2022: a success rate of 91.1%, down 2.8 points... 2 Bamako expels the spokesperson for Minusma, the UN... 3 In Sudan, the tribal conflict in the state of Blue... 4 In Kigali, African States at the bedside of nature 5 Italy seals increase in gas supply from Algeria 6 IMF grants $1 billion loan to Tanzania 7 In Boutcha, Executions, Rapes, and Indiscriminate... 8 War in Ukraine: What Russian Soldiers' Communications... 9 Disney hopes to revive its dream of a utopian city... 10 Jean-Michel Blanquer in Ibiza: Twitter, decompression... 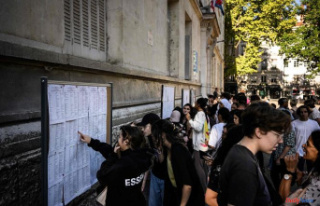