KHARTOUM -- Sudan’s top general has reappointed itself as the head of the army-run interim governing board. This is a sign that he's tightening control over the country just two weeks after he led a coup against civil leaders. KHARTOUM -- Sudan’s top general has reappointed itself as the head of the army-run interim governing board. This is a sign that he's tightening control over the country just two weeks after he led a coup against civil leaders.

Pro-democracy organizations did not immediately react to the announcement by Sudan's state TV about Gen. Abdel-Fattah Burhan's move.

This development follows repeated promises by the military to hand power over to civilian authorities. More than 100 government officials and politicians have been held since the October 25 coup. This includes a large number protestors and activists. According to Sudanese doctors, at least 14 anti-coup protesters were killed by excessive force used in the country's security forces.

Since the 2019 pro-democracy revolt that saw Omar al-Bashir, Sudan's long-serving autocrat, Sudan is currently in a fragile transition. After the military and pro-democracy forces signed a power-sharing agreement, the Sovereign Council of 11 members was formed.

A number of other members have also served on the council Burhan dissolved last month. As vice-president, Mohammed Hamdan Dagalo (a paramilitary leader) was also reappointed to this body. According to state TV, Burhan also appointed three other generals from the previous council as council members.

Eight civilians were appointed, one of which was from the previous council.

Bashir's ouster led to an agreement that established the council. It included five civilians, five military representatives and one civilian member.

The new council's composition does not meet the needs of important pro-democracy organizations in the African country. The main group behind the revolt that saw the overthrow of al Bashir has declared that it will not support Burhan's re-election to the top decision-making post.

The Sovereign Council was the only power in the country before the coup. However, Abdalla Hamdok's government took care of day-to-day affairs. As Western powers and U.N. diplomats attempt to broker a solution to the crisis, Hamdok remains under house arrest in Khartoum since the coup.

The United Nations, United States, and European Union have all condemned the coup in Sudan. They also urged the generals of the military-civilian transitional government to be restored. The crisis is currently being resolved through mediation efforts.

The talks saw the special representative calling for "a return of the transitional partnership" as well as appealing to the military to "exercise restraint and to adopt de-escalation steps, including the release of all detained persons and the prime minister, who is still under house detention," Dujarric said.

Dujarric said that the U.N. Secretary-General Antonio Guterres had spoken with Hamdok earlier in the week.

NetBlocks tweeted that the disruption has now reached its 18th day. It is an "ongoing obstacle" to democracy, human rights and freedom. On Wednesday, a Sudanese court ordered the country's three major telecommunications providers (including NetBlocks) to restore internet access. Authorities have yet to show any signs of executing that order. 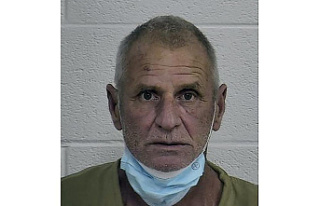