"Summer House of the Stars" - Episode 4: "Whenever we are here, we go stupid" 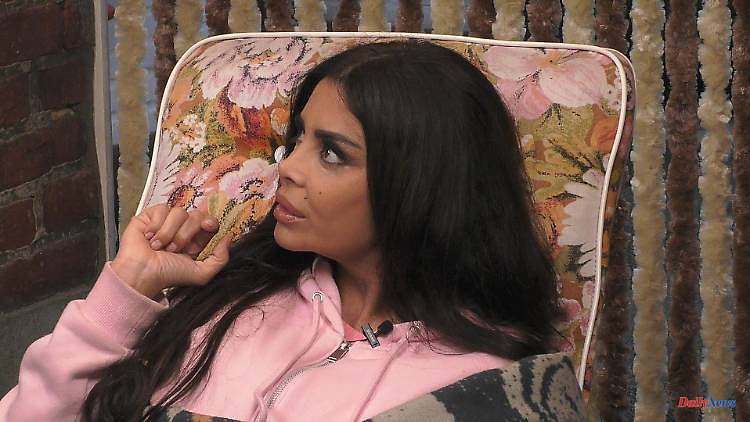 Cosimo pees cheekily while standing, Ms Dürr secretly quarrels and Basler is the lookout. Next stage also in the Sindermann love drama. But resistance is slowly emerging. The whole wonderful TV tragedy of the fourth day.

Can you believe it? Frau Dürr just smokes secretly behind her husband's back and Super Mario is the lookout. Hach, everything could be so beautiful in the summer house, as idyllic as it is relaxing. But no, Sindermann and his "Katha" are stressed again. She accuses him of "having broken up in front of the cameras." Next to her, he looks like a funny simpleton who can hardly understand that everything he says reignites the fuse of his loved one. Oh, "Rabbit, I just wanted, I thought ...", he pushes around. Sergeant Hambuechen then: "Thinking is always a false alarm with you."

The viewer's blood also slowly boils with all the antics of this argumentative couple. First cool down and watch Cosimo as he paints his eyebrows. This morning makeup routine is downright soothing, almost therapeutic. You could watch the good Cosimo forever.

Day 4 in the summer house is also a new day for sports, fun and games. In the game "Steadyness", which the Mölders are the only pair to win, the flatmates have to balance a seesaw and try to set up objects so that they don't fall over. Some despair, others give up and still others squabble a bit at their partner. Kader also has its limits with its conflict management. Doesn't her "Isi" seriously misjudge her weight and say in front of an audience of millions that the elf weighs 59 kilos, although she has lost 4 kilos. "Isi", how can you? If looks could kill!

The two wanted so much to "safe". But playing games isn't her forte. Or as Ismet would say: "Whenever we're here, we go stupid". Back at the house, the drama unfolds. Sindermann bursts into tears because of all the emotional pressure with his sergeant. The group just feels fooled by the "entire kindergarten". "I would be so ashamed," says Mölders, expressing his displeasure: "They fight, they lick each other, I did that to a girl when I was 12".

Dear Stephen Dürr, if you're reading along here: you'd better go see if your Katharina isn't secretly blowing you up again! Grade 5B math question: If you previously smoked five butts a day, how many more butts do you smoke when you have a 100 percent puff increase?

Day 4 is also the day when "the Volks-Verarsche" runs at full speed. Eric and his analyst have made up again, he would like to marry her and have five children with her, while Basler, exhausted by the embarrassing interaction between the two, says to soccer buddy Sascha: "I feel totally shitty." Yes, "this sky-high rejoicing and then she runs blaring into the house again", that can "get on your nerves" in the long run!

In comparison, it's almost refreshing to see Cosimo pee standing up and cigarette counter Stephen cleaning the toilet seat with the same rag as the bowl. It is also understandable if Sindermann goes to the pen after all the love quarrels, to be peppered out of the summer house slug with an octagon when voting! Rather quickly get along with "Katha" and give everything in the game "sack race".

In fact, they can then also get the win. Such a feeling of happiness and boundless joy immediately causes Eric to get cocky and whistle: "Oh, come on, Hasi, I can go for the win today, right?" Frustration is in the air again.

Some have "a problem", others can no longer see the quarrels and Mölders gets to the point when he says out loud what everyone is thinking: "It's embarrassing, you're demeaning yourself!" But with such announcements you are at the wrong place with König Sindermann. Aggressively, he smashes back: "I'm not saying anything that Yvonne treats you like a puppy all the time".

Time for the nomination. Because the man with the plastic crown and the dollar suit and his "blaring" appendage are "juiced," the Dürrs end up on the hit list. It would be boring if they just had to go like that. And so our RTL arranges an "exit challenge". The opponents: Kader and her "Isi" of all people. The trash TV queen is not amused that the Dürrs "act tactically". We remember Kader's words in one of the previous episodes: "We are not here to make friends, we have to be tactical here".

Oh, how beautiful it is! This leaves more time for Katharina to secretly smoke another one. Best with Basler. Just the two. And the smoke that disappears in the dark. 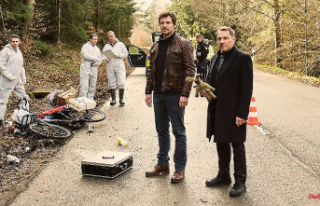