Super meltdown in the Arctic: "melting point" - and humanity dies

So much for eternal ice - it's melting faster than ever. 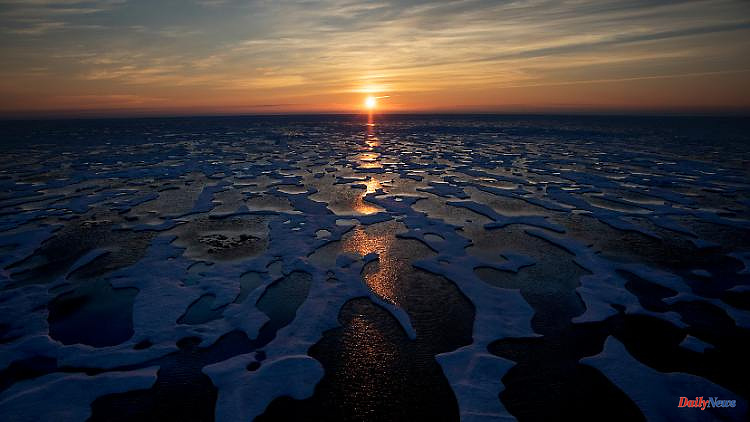 So much for eternal ice - it's melting faster than ever. And the consequences can also be felt in Germany: hot summers and flash floods devastate entire regions and cost lives. But it gets even worse, because suddenly thousands of fish are dying in the Arctic. Enough material for a Harlander thriller.

"And the fish will die, and the waters will rise, and the people will suffer..." When a book begins with these words, taken from the Inuit creation myth, then the shit is literally hitting the fan. Clear words that do not fail to have an effect and are made for the new eco-thriller by the German bestselling author Wolf Harlander. He took up the topic of climate change in a congenial way with his debut "42 Grad" and delivered a page turner par excellence. With his third book "Schmelzpunkt" he is drawn into the cold this time.

Actually. But it hasn't been really cold in the Arctic for a long time. Every year there are new temperature highs that should terrify the world. Because the equation is simple: If the eternal ice in the far north disappears, life as we know and cherish it will be over once and for all. That time has not yet come, but the clock is ticking incessantly and the hands of the disaster clock are turning faster and faster.

The jet stream slows down, and with it the change in weather: the sun shines longer, burning forests and meadows. Classic light land rain? Almost none. Storms and heavy rain, even flash floods and hurricanes? They are piling up and becoming the norm. Politicians would have to tackle climate change worldwide, act and set an example. But most just react. In this country, conservatives and liberals are braking at the same time. The next election is closer than the well-being of grandchildren. It seems so.

Greenland is no different. The young Inuit Nanoq has been leading tourists into the eternal ice in his birthplace for years. By boat and then on foot. The vacationers come from all over the world and regions. Some just want to photograph the glaciers, spend a little time in the untouched nature, which is no longer nature. Regain strength. Others are looking for the thrill of meeting a polar bear. Some come in perfect Arctic Circle gear, others show up on his boat in flip-flops and a t-shirt before a glacier visit. Nanoq has seen it all, he thinks. But he is wrong.

On a boat trip, he comes across thousands of dead fish. A carpet of carcasses covering the cold sea surface. At first glance, Nanoq cannot discover any reason for the mass extinction. He turns to the mayor of his town. But he only thinks of the filthy lucre that the tourists pour into the municipal coffers. He doesn't want to know anything about the find. Then more dead fish appear. Also dead birds are discovered and numerous dead seals. Finally there is a reaction, the Danish government is involved and a German institute that sends the polar researcher Hanna to Greenland. At first, she too found no reason for the animal mass exodus - but her institute in Germany did. However, nobody likes the result: radioactivity.

And as if that weren't enough, Nanoq's place is devastated by a tidal wave as an offshore glacier calves an unprecedented chunk in record time, followed by waves of support from around the world. An Icelandic company is at the forefront. But the Chinese and Russians are also active. The BND is alarmed: too many states, too many interests, too little information, too many unanswered questions: where does the radioactive radiation come from? A lost US nuclear bomb? A sunken Russian nuclear submarine? The BND agents Nelson Carius and Diana Winkels are to get to the bottom of the matter, preferably together with the German polar researcher Hanna and Nanoq. A deadly game of cat and mouse ensues as time seems to be running out for Greenland, the Arctic and humanity.

A frightening scenario. Frighteningly real. With "Schmelzpunkt", bestselling author Harlander has once again conjured up a climate-political thriller that the listener can only switch off after the last second of the 14-hour playing time. Completely breathless from the thrill and the twists that the plot has. As with his earlier works, Harlander draws on several narrative threads. It adds variety and gives the story a boost. As a listener, you root for Nanoq and Hanna, but you also like the two agents Nelson and Diana. Nelson, who, by the way, is still working on his own background story. Warning, spoiler alert: "melting point" is not the end.

These heroes also face several opponents whose spite and callousness are second to none. As always, Harlander picks up on current topics such as me-too or financial morality and effortlessly incorporates them into the plot. They do not appear as disruptive or artificial. This is also a well-known strength of the author.

The fact that Uve Teschner reads "Schmelzpunkt", like "42 degrees" and "System Fehler" as an audio book version, gives them additional weight. Teschner is one of the really great audio book voices in this country. He can do fantasy as well as thrillers or politics and was previously known for the audio book versions of the Frederick Forsyth agent thrillers. Forsyth ("The Jackal", "The Odessa Files") is one of the big names when it comes to intrigues about big world politics, packed into small, tasty bites. Harlander has also succeeded in doing this with "Schmelzpunkt", which tops the spy thriller with the topic of climate change. One can already look forward to the next work! 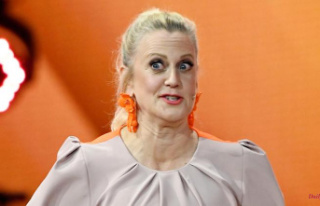 Despite the new Schöneberger look: In "Do you...