For a month, fighters from the Azov regiment defended the Mariupol Steelworks against the Russian siege. 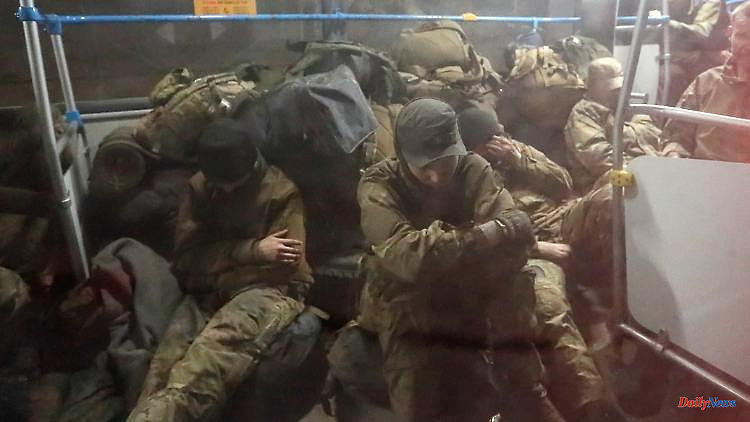 For a month, fighters from the Azov regiment defended the Mariupol Steelworks against the Russian siege. After an order to surrender from the Ukrainian general staff, Moscow is now reporting the complete takeover of the factory. The fate of the commanders is uncertain.

The Russian army has reported the "complete liberation" of the Azov steel plant in Mariupol, Ukraine, after the last remaining Ukrainian soldiers surrendered. "Today, May 20, the last group of 531 fighters surrendered," Igor Konashenkov, spokesman for the Russian Defense Ministry, told Telegram. In total, since Monday, "2,439 Nazis from the Azov (regiment) and Ukrainian soldiers who were stuck in the factory have surrendered." President Vladimir Putin was informed by Defense Minister Sergei Shoigu about "the end of the operation and the complete liberation of the combine (Azov-Steel) and the city of Mariupol," it said. The leader of Ukraine's Azov regiment surrendered and was taken out of the factory in a "special armored vehicle" to avoid being attacked by hostile residents.

The plant was the last piece of the strategically important city in south-eastern Ukraine that had not yet been completely under Russian control. The industrial zone had been blocked by Russian troops since April 21. The Azov fighters had repeatedly asked for help from the Ukrainian armed forces in vain.

Previously, the remaining Ukrainian defenders of the Azov Sea Steelworks had announced for the first time that their army command had ordered them to stop defending the city. This was said in a video message by the commander of the National Guard Regiment "Azov" Denys Prokopenko. This should protect the life and health of the soldiers in the garrison.

The first 264 soldiers surrendered on Monday, including more than 50 seriously injured. According to Russian information, more were taken into captivity on Thursday. The commanders and some fighters had held the position until the end. Altogether it was always assumed that there were around 2,500 Ukrainian fighters in Moscow. The government in Kyiv, on the other hand, had given the number as only 1,000. To the very end, the Ukrainian leadership also spoke of a "rescue operation" instead of a capitulation and held out the prospect of an imminent exchange of prisoners with Russia.

However, these hopes were not confirmed until the very end. The chairman of the Duma's foreign affairs committee, Leonid Slutsky, called for the death penalty for the militants. The head of the Russian parliament, Vyacheslav Volodin, also spoke out against a general exchange of prisoners. "Nazi criminals are not subject to exchange. They are war criminals and we must do everything we can to bring them to justice," the Duma chief said earlier this week. According to the Interfax news agency, the Prosecutor General's Office has already applied to the Supreme Court to classify the Azov regiment as a terrorist group. The negotiations should take place on May 29, it said in Moscow. 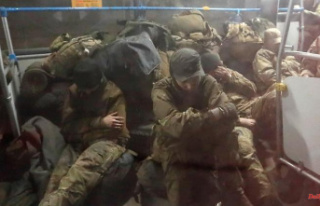