In the German group, Switzerland is unbeaten in the top duels with Canada and the DEB team, but the Swiss have a lot of trouble against Slovakia. 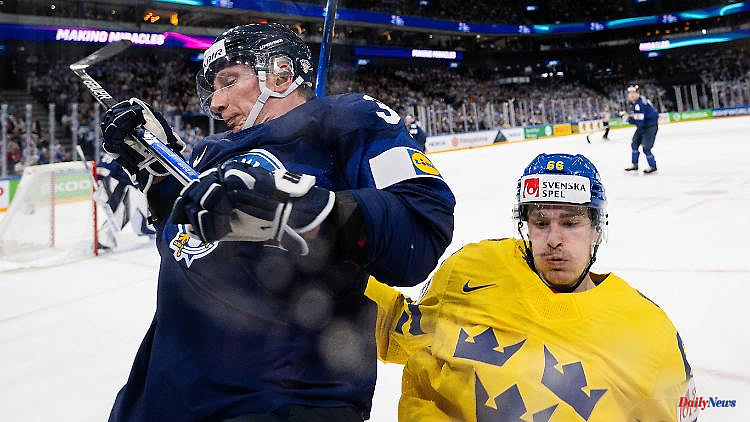 In the German group, Switzerland is unbeaten in the top duels with Canada and the DEB team, but the Swiss have a lot of trouble against Slovakia. The surprise team from Austria conceded a small World Cup damper.

Hosts and Olympic champions Finland suffered their first defeat at the Ice Hockey World Championships. In the top group game in Tampere, the Finns lost to eleven-time world champions Sweden 2:3 (0:1, 2:0, 0:1) after a penalty shootout. Finland had won the first three preliminary round games. Sweden took the lead through Adam Larsson (12'), Mikko Lehtonen (24') and Sami Vatanen (26') turned the game around before Joel Kellman equalized for the Tre Kronor (47') and ensured extra time. Emil Bemström was the only shooter to score in the penalty shootout.

Meanwhile, Austria's ice hockey selection has to worry about relegation despite the historic first World Cup victory over the Czech Republic. One day after the 2:1 after a penalty shoot-out against the top nation, the Austrians lost 3:5 (1:1, 1:2, 1:2) to Norway. Before the upset against the Czech Republic, they had unexpectedly picked up a point against medal contenders USA. Like France, Austria only takes part in the tournament because of the exclusion of Russia and Belarus.

The French narrowly avoided a defeat against Italy in the German group in Helsinki and won 2-1 (0-1, 0-0, 1-0) after extra time. The still winless Italy, like Kazakhstan, is increasingly becoming a relegation candidate. The two worst teams in the groups have to take part in the B World Cup next year. Switzerland, meanwhile, will go into the top duel of the German group with Canada on Saturday without losing a point. The Swiss defeated Slovakia 5:3 (1:1, 2:1, 2:1) and also won their fourth game.

Switzerland (12 points) leads the table ahead of record world champions Canada (9) and Denmark and Germany (6), who meet on Thursday (3:20 p.m. on Sport1, MagentaSport and in the live ticker on ntv.de). 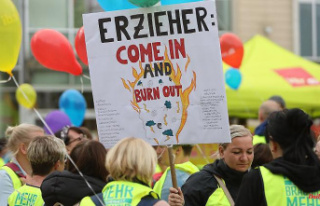 Breakthrough in the collective bargaining dispute:...