After heavy rain, homes were flooded in Sydney during the first days of July.

After heavy rain, homes were flooded in Sydney during the first days of July.

New South Wales authorities have warned about further flooding north Australia's largest city. They also warned that flooding rivers, swollen from rain, pose a threat in Sydney, despite the decrease in rainfall. Dominic Perrottet, the state premier, warned that "this event is far from over."

More than 100 evacuation orders have been issued by emergency services since the floods started almost a week ago. Around 85,000 people were ordered to evacuate their homes or to prepare for an imminent evacuation in order to avoid being stranded by the rising waters.

Rivers have burst banks along Sydney's western edge. Large areas of the city have been transformed into lakes by the muddy waters, which have invaded homes and cut off roads and bridges. The federal government declared a state-of-natural disaster in 23 flood areas in New South Wales and released aid to the affected residents.

On Wednesday, Anthony Albanese, Prime Minister of Australia, visited the affected areas and promised to search for "long-term solutions" to the many floods that have ravaged Australia's east coast in the past 18 months.

Scientists warn that "Australia has always been prone" to flooding and bushfires, but climate change will increase the frequency and intensity of these events. He said, "That's exactly what is happening."

Australia is especially affected by climate change. It is regularly struck by droughts and devastating forest fires, as well as repeated and more severe floods.

According to weather services, the rainy system is expected to move along the coast in the latter part of the week. 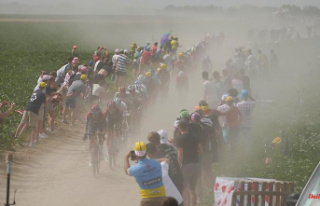