Taboo topic in the "crime scene": domestic violence is everyday life in Germany

Every fourth woman in Germany experiences physical or sexual violence at least once in her life - and not by strangers, but by her partner or ex-partner. 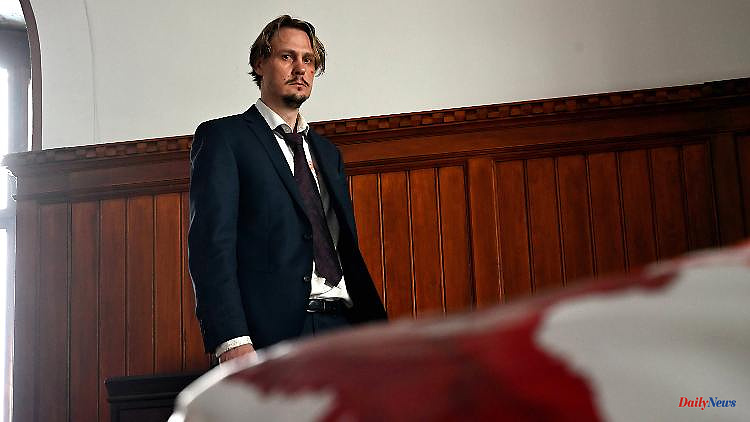 Every fourth woman in Germany experiences physical or sexual violence at least once in her life - and not by strangers, but by her partner or ex-partner. The Dresden "crime scene" puts its finger in a societal wound.

"I'm going to change," shouts Simon Fischer (Christian Bayer) into the semidarkness of the barn, from which he has just been shot in the shoulder. "It won't happen again, I promise," the bleeding man added, sobbing. "You say that every time," his wife Kathrin (Amelie Kiefer) yells back, clutching desperately at the hunting rifle that is supposed to protect her from her abusive husband. And although she knows better, Kathrin comes out of hiding at some point: a part of her just wants to believe that Simon means business. It almost goes without saying that things didn't end well in the end.

The final scene of the new Dresden "Tatort" gives an idea of ​​the horror the relationship between the Fischer couple in the film must have been. A horror that, according to statistics, a frighteningly large number of women in Germany know first-hand: "Unfortunately, domestic violence is still very common," says Karin Hanczewski, who plays inspector Karin Gorniak in "Tatort". "Every fourth woman is at least once (in her life, editor's note) the victim of physical or sexual violence by her current or former partner."

In 2019, for example, a total of 141,792 crimes involving intimate partner violence were reported, with women being the victims in 81 percent of the cases. It can be assumed that the number of unreported cases is many times higher in this very private area. In fact, women are far more likely to experience violence from a partner than to be physically assaulted by a stranger.

The numbers are even more frightening when you put them in perspective: according to the Federal Statistical Office, every 45 minutes a woman is the victim of dangerous bodily harm through intimate partner violence - and calculated over the course of a year, a woman is killed almost every day by her (ex-)husband or (ex-) partner murdered. Incidentally, age, education, income and religious affiliation play absolutely no role here: intimate partner violence against women is a problem for society as a whole.

In "Tatort", director Anne Zohra Berrached also focuses on the accompanying factors that play into the hands of the violence: Inspector Gorniak has the feeling early on that something is wrong with Fischer, but for a long time no one believes her. "She grew up with a violent father, she recognizes men who radiate violence," explains Berrached. "But she also knows that a vague feeling is of no use to her as a police officer, she needs facts and evidence. An allegory of our society based on facts. Feelings, spirituality, the intangible counts less."

1 The day of the war at a glance: Selenskyj sees a threatening... 2 UK. Boris Johnson survives a vote against confidence... 3 "Something died in me": Lewandowski wants... 4 Boris Johnson wins majority confidence vote 5 Soccer. League of Nations: Deschamps is "not... 6 Bonds on the up: Wall Street starts the week recovered 7 CarPlay with much more access: Apple relies on the... 8 Soccer. League of Nations: Still no win for the Blues,... 9 Football / France Espoirs Team. The Bleuets to Euro... 10 UNITED STATES. Five far-right activists are charged... 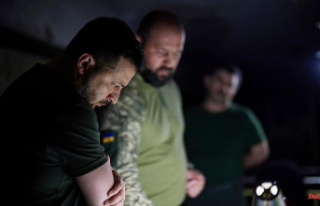 The day of the war at a glance: Selenskyj sees a threatening...