Taiwan: Nancy Pelosi has arrived, despite threats from China

For several days, rumors had been swirling around Nancy Pelosi's possible visit to Taiwan. 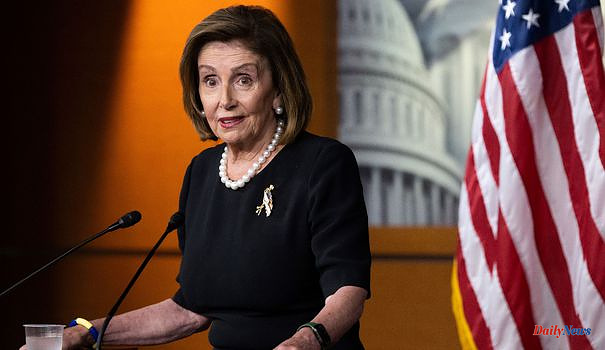 For several days, rumors had been swirling around Nancy Pelosi's possible visit to Taiwan. Despite China's warnings, the Speaker of the US House of Representatives finally arrived in Taipei on Tuesday, August 2. In a statement released shortly after landing on the island, Nancy Pelosi said her visit demonstrated the "unconditional support" of the United States, adding that it did not "in any way" contravene the long-standing policy of Washington vis-à-vis China.

Very quickly, Beijing denounced the “extremely dangerous” attitude of the United States. "The United States (...) is trying to use Taiwan to contain China," said the Chinese Foreign Ministry in a statement, adding that Washington "continues to distort, obscure and empty sense the one-China principle, to step up official exchanges with Taiwan, and to encourage Taiwan's 'independence' separatist activities. These actions, like playing with fire, are extremely dangerous."

Shortly before Nancy Pelosi's landing, Chinese state television CGTN reported that "Chinese Su-35 fighter jets" were "crossing the Taiwan Strait", which separates mainland China from the island claimed by Beijing. . China had also warned earlier on Tuesday that the United States would bear "responsibility" for such a visit. In the wake of Chinese threats, Russia, a major ally of China, accused Washington of "destabilizing the world".

Already on Monday, August 1, the always very virulent spokesperson for the Chinese Ministry of Foreign Affairs, Zhao Lijian, threatened the United States with a military response: "We would like to warn the United States again that China is fully prepared any eventuality. The People's Liberation Army will not stand idle. China will take resolute and strong countermeasures (...)" . And to describe the scale of the potential crisis: "If the Speaker of the House of Representatives, Ms. Pelosi, visits Taiwan, it will constitute a flagrant interference in the internal affairs of China, will seriously undermine the sovereignty and China's territorial integrity, will trample the one-China principle, seriously threaten the peace and stability of the Taiwan Strait, seriously damage China-US relations, and lead to a very serious situation and consequences."

In Beijing, such a visit would indeed be seen as implicit support for the independence of Taiwan – of which China claims sovereignty. The chosen calendar would also aggravate the affront as this month a secret conclave of Communist Party chiefs meet in the seaside resort of Beidahe, in eastern China. Last warm-up lap for President Xi Jinping before his reappointment for a new five-year term as head of the country at the 20th Communist Party Congress this fall. But to ensure his victory by acclamation, the president must avoid losing face by then. Xi has made Taiwan's reunification with communist China a sacred cause as part of what he calls "national regeneration". "The great regeneration of the Chinese nation will not be an easy task achieved by the fanfare of gongs and drums alone," he told Party officials last week in Beijing.

For Beijing, the island is essentially a domestic political issue. In a context where economic growth is running out of steam and where the zero Covid policy is causing more and more disputes in the country, it is urgent for Xi Jinping to rekindle the nationalist flame and the Taiwanese question is a golden opportunity to put the country and army in battle order. "For all these reasons, there will inevitably be a very strong reaction from China," said Chen Dingding, professor of international relations at the University of Jinan.

As the People's Liberation Army celebrated its 95th anniversary on Monday, August 1, several official media thus multiplied bellicose statements on the defense of national sovereignty and broadcast a video of the new Chinese Dongfeng-17 ballistic missile. This weekend, military exercises with live ammunition took place less than 200 kilometers from the Taiwanese coast.

Threats repeated last week by Xi Jinping himself during a phone call with President Joe Biden: "Who plays with fire, risks dying by fire", he launched, according to the Chinese authorities . “This is more war rhetoric than a declaration of war, tempers David Gitter, president of the think tank Center for Advanced China Research. This declaration does not mean that China is about to do something terrible, such as directly threatening the security of the United States".

"It's a dangerous game, adds Bonnie S. Glaser, director of the Asia program at the German Marshall Fund. Xi Jinping certainly does not want to provoke a war, but if the planes of the Chinese army approach too if they enter his airspace, an incident could occur whether Xi likes it or not." "It's only a matter of time, warns a European diplomat posted in Beijing. Even if this visit by Nancy Pelosi is finally canceled or if it goes smoothly, a crisis is inevitable in the short or medium term. term in the Taiwan Strait".

1 In almost all of Germany: Up to 39 degrees: Heat wave... 2 Twitter breakdown: Advertising for beer: Essen police... 3 After an accident on a women's tour: a fracture... 4 "Großstadtrevier": New season with new... 5 Princess Charlotte: She cheers on athletes at Commonwealth... 6 New variant, new symptoms: wild dreams from BA.5?... 7 Heavy Metal: Fans celebrate in Wacken even before... 8 Podcast : "I got hummus instead of breast milk":... 9 Justification for killing: Moscow classifies Azov... 10 USA "playing with fire": Beijing starts... 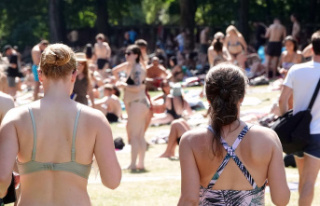